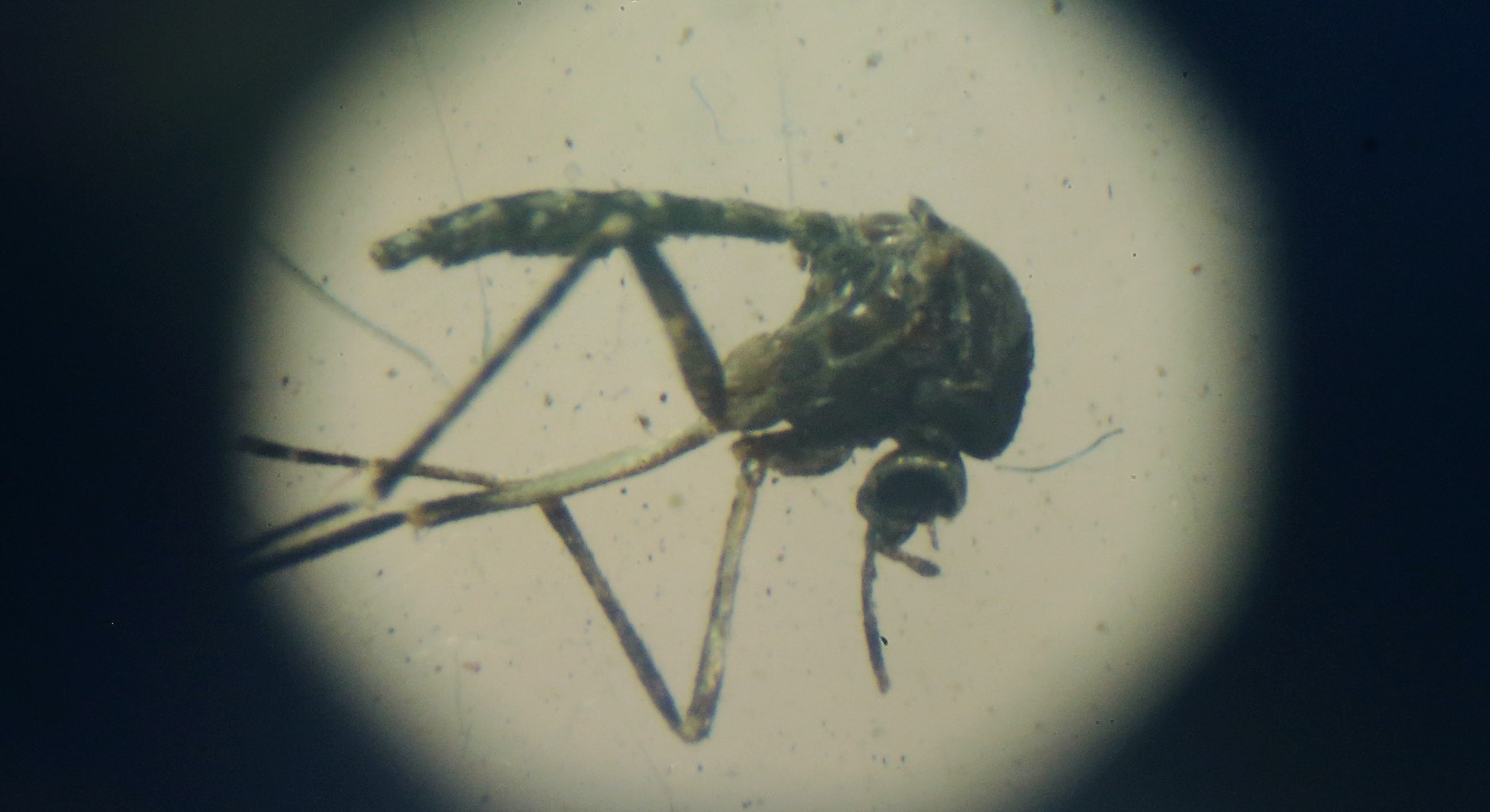 On Tuesday evening, Alex Wild was nearly bitten by a mosquito in Austin, Texas, which is currently hosting the South by Southwest Festival, an annual festival of music, movies, technology, and culture.

Most people, when they find a mosquito getting ready to attack, quickly try to squash the pest and move on. But Wild isn’t most people — he’s the Curator of Entomology at the University of Texas at Austin, so instead of squashing he waited for the mosquito to land, identified it, and then caught it. Turns out, it was an aedes aegypti, a particularly nasty breed of mosquito known to carry a whole cocktail of disease, including dengue fever … and the Zika virus.

“This mosquito, aedes aegypti, is a real baddie,” Wild said. “It’s originally known as the yellow fever mosquito — in 1793, it was responsible for a yellow fever outbreak in Philadelphia that caused the national government to flee the capital.”

After Wild’s first tweet, I was a little worried for Inverse’s Sean Hutchison and all of the bands, celebrities, journalists, and other attendees of SXSW.

But fortunately, Wild says it’s not time to panic or flee the cultural capital of Austin … yet.

So even if you were really hoping that your annoying friend posting way too many SXSW photos on Instagram would contract a serious pathogen, odds are they don’t have Zika. Wild says that this early in the season, the mosquito populations haven’t had enough time to multiply, feed, and pick up the disease from an unlucky host.

“I might have a different answer if SXSW were happening in say, October,” Wild said. By that time, the Aedes mosquitoes will be all over the place, and they could have picked up the disease from a Zika patient coming in from Brazil or another affected area. Thousands of travelers move between the South American countries and the States every day, some of whom undoubtedly are carrying Zika. Scattered cases have already appeared in the U.S., but as of yet they’ve been pretty isolated. Wild said “the whole thing is a big numbers game,” as it takes a large population of infected people being bit by a large number of mosquitos, who then bite uninfected people, to spread the disease widely. Wild said the disease spreads much slower in temperate climates, where mosquito populations are usually killed off by cold winter temperatures.

Still, it’s not a bad idea to watch out for Aedes mosquitoes, especially if you live in a warm climate like Florida or spend a lot of time outdoors.

“One of the things that makes America safer is that we really, as a people, don’t like the outdoors,” Wild says.

Americans spend much of their time in climate-controlled houses that are relatively mosquito-proof. But this summer, he said scientists will be on the lookout for outbreaks in warm, coastal communities, particularly among people who live in less-developed housing (screen doors are particularly important) or on the street.

Aedes-genus mosquitoes are relatively easy to spot — unlike the more common culex-genus mosquitoes, they tend to hunt during the day. The aegypti species has “stripey” white bands on its legs, and a related (and also potentially Zika-carrying) albopictus is black with a white racing stripe.

Wild isn’t too worried about Zika becoming a major epidemic in the States, especially if people pay attention to wearing DDT-based insect spray this summer, as “it’s all about slowing down the biting rate.” The real fear is that culex mosquitoes will start spreading the disease. Aedes mosquitoes came to North America from Africa hundreds of years ago, but mainly inhabit warmer southern states. Culex mosquitoes, on the other hand, are everywhere. Wild says there’s been “some suggestion” that culex mosquitoes can carry Zika, but scientists aren’t sure yet. “If it turns out culex can transfer it as well, then we’re screwed,” he said. But right now, the risk is low, even for people getting weird with Aedes down at SXSW, and there’s no evidence that Zika has been able to establish a foothold in the U.S. But stocking up on DDT bug spray for the summer definitely isn’t a bad idea.