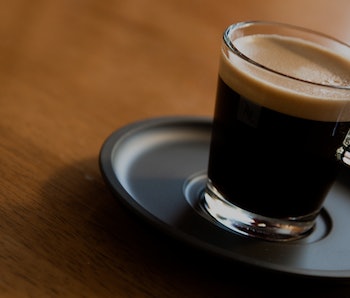 Anyone who’s ever woken up with a brain-searing hangover knows how necessary that first morning cup of coffee is to recover from a hard night of drinking. Turns out even the most boozy of us may have underestimated its healing effects. A new study, published in the journal Alimentary Pharmacology and Therapeutics, suggests that coffee can decrease the risks of developing liver cirrhosis after drinking too much alcohol.

Liver cirrhosis causes up to 1 million deaths worldwide annually. Characterized by permanent scarring of the liver tissue caused by factors such as alcoholism, chronic hepatitis infection, and obesity, the disease has long been considered irreversible.

The new study, however, suggests that coffee can decrease the risk that cirrhosis will develop. How? The authors of the paper point to caffeine as the primary factor, referencing other studies that suggest it can suppress inflammation and the formation of fibrous tissue. Coffee’s other biological elements — chemicals such as chlorogenic acid, kahweol, and cafestol — have been shown to protect against scar formation in the liver as well.

The researchers assessed the results of nine previous studies — collectively involving more than 430,000 participants — that investigated the relationship between coffee and liver damage. They found that having two additional cups of coffee per day was linked to a 44 percent lower relative risk of developing liver cirrhosis.

Despite its promising findings, the study shouldn’t be taken as a green light to go hard on alcohol and balance it all out with three steaming red-eyes the next morning. Excessive drinking is, obviously, not healthy under any condition, and the researchers warn it’s crucial to weigh coffee’s health benefits and risks as well. Still, as with all substances, moderation is key: Reaching for that second espresso, especially after a big night out, will probably do more good than harm.

More like this
Science
Sep. 17, 2022
Is green coffee good for you? A food scientist debunks the hype
By Elana Spivack
Science
Sep. 23, 2022
Three everyday beverages that may taste worse because of climate change
By Tara Yarlagadda
Mind and Body
Sep. 13, 2022
Is decaf coffee caffeine-free? ‘Dr. Coffee’ shares the answer
By Elana Spivack
Related Tags
Share: