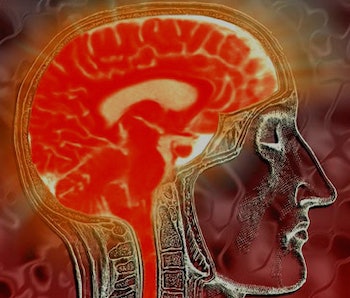 Brains the size of a housefly’s eye have the potential to revolutionize medical research, a team of neurologists say. On Friday, researchers from Johns Hopkins Bloomberg School of Public Health announced that they’ve grown “mini-brains” — balls of brain cells created from stem cells.

Study leader Thomas Hartung is careful to note that these aren’t the first mini-brains in existence, which were developed in 2013 and grown to completion in 2015. But these are the most standardized neuronal clumps to date. Hartung hopes the brains’ uniformity will encourage adoption in labs across the country, and he’s applying for a patent to produce the mini-organs on a larger scale.

The brains are about 350 micrometers in diameter and cultivated for about two months until they’re full-grown. Thousands of exact copies of the brains can be produced in a batch; a hundred brains fit in the same petri dish. After the two months, the brains have four types of neurons and two types of support cells, such as oligodendrocytes that help neurons communicate faster.

The mini-brains are even capable of demonstrating spontaneous electrophysiological activity, which researchers can hear by hooking them up to electrodes and listening for signs of electrical communication.

The grand purpose of the mini-brains will be test models for drugs to combat neurological diseases like Alzheimer’s, multiple sclerosis, autism, and Parkinson’s disease. Johns Hopkins created mini-brains from the cells of several healthy adults, but the researchers hope to ultimately create brains from the cells of people with certain genetic traits, particularly those who may react differently to new pharmaceuticals.

Hartung also believes using mini-brains for neurology is far superior to studying rodents. “Ninety-five percent of drugs that look promising when tested in animal models fail once they are tested in humans at great expense of time and money,” he said in a news release. “While rodent models have been useful, we are not 150-pound rats. And even though we are not balls of cells either, you can often get much better information from these balls of cells than from rodents.”

More like this
Mind and Body
7.4.2022 12:30 PM
This everyday behavior is essential to preventing heart disease
By Elana Spivack
Mind and Body
6.30.2022 11:00 AM
Male birth control is at our fingertips. Will we ever grasp it?
By Elana Spivack
Science
6.28.2022 10:00 AM
How are drugs absorbed in the body? The science of medicine, explained
By Tom Anchordoquy and The Conversation
Related Tags
Share: