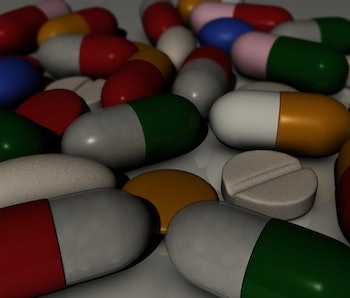 In an attempt to stop its citizens from getting “legally high” off new synthetic drugs, the UK government has passed a bill with all the sweep and shortsightedness of America’s Volstead Act. Last month, the Psychoactive Substance Act became law, kicking off a ban on all — you guessed it — psychoactive substances.

While the law will probably help curb the spread of dangerous drugs like spice and bath salts, it kneecaps plenty of medical businesses and the burgeoning nootropics industry. Companies like the UK’s Smart Nootropics have already had to withdraw some products and are urging customers to stock up before the ban on imports begins. If the U.S. government followed suit — there are no immediate plans for this, but a rash of spice deaths over the summer did get legislators thinking — American nootropics companies might be forced to do the same.

In the UK, starting April 5, 2016, it will be illegal to import (but not possess) all substances the Act defines as psychoactive — that is, any substance that stimulates or depresses the central nervous system and/or affects mental functioning or emotional state. The Act makes an exception for controlled drugs, medical products, caffeine, nicotine, alcohol and food. But not for nootropics.

This puts the UK nootropic industry in an awkward position. Many nootropic substances are, by the law’s broad definition, psychoactive (drink enough cough syrup and there you go). Whether drugs qualify as medical or not is hard to understand and many thing that aren’t food as such are labeled that way. It’s hard to understand how real the problem is for voluntary drug takers because it’s unclear what the hell the legislation even means. Take, for example, the alertness-inducing adrafinil. Or the memory enhancer sunifiram or even the relaxant phenibut. These are just a few of many nootropic substances that kinda-sorta qualify as medical, but also kinda-sorta qualify as illegal.

The terms used in both the ban and the exemptions list give nootropic companies little choice but to err on the side of caution. As a result, companies like the UK’s Smart Nootropics have been forced to withdraw products that “could be considered to fall under the legislation.”

Much of the criticism from the science community — and there has been plenty — is focused on the government’s complete lack of scientific understanding. To be fair, there was one MP, Cheryl Gillan, that attempted to amend the bill to include nootropics on the exemption list, but the amendment was not voted upon and has since been forgotten. As Clare Wilson argued in New Scientist, the lack of technical competence is absolutely insane, considering they’re dealing with very technical things:

“Watching MPs debate the Psychoactive Substances Bill yesterday, it was clear most of them hadn’t a clue. They misunderstood medical evidence, mispronounced drug names, and generally floundered as they debated the choices and lifestyles of people who are in most cases decades younger than themselves.”

Fortunately for the American nootropics industry, there are no signs that the U.S. government plans to resort to an equally indiscriminate blanket ban to curb the use of new synthetic drugs, even though they are also a growing issue stateside. If the problem becomes worthy of legislation, we can only hope that this country’s scientific institutions can develop a more nuanced take on substances than “psychoactives are bad.” Are they though, Home Office? Tell that to the researchers studying Parkinson’s disease and addiction that you’ve just screwed over. This is basic science: Substances themselves aren’t harmful — that depends on how they’re used.

In an ironic twist, it’s possible that the Psychotropic Substances Act might actually be a boon for the American nootropics industry, considering that at least some UK smart drug users will look to alternative means, whether legal or not, to maintain their supply of cognitive enhancers. The biggest problem with the Psychotropic Substances Act is that the people who drafted it made the decades-old mistake of assuming that prohibition works. Who’s high now?

More like this
Mind and Body
20 hours ago
Lemon water won’t detox or energize you — but here’s what it can do
By Evangeline Mantzioris and The Conversation
Mind and Body
16 hours ago
Best diet to boost mood? A study on men and depression reveals the answer
By Sarah Sloat
Mind and Body
5.14.2022 3:00 PM
Does smoked meat cause cancer? A dietitian assesses the damage
By Elana Spivack
Related Tags
Share: