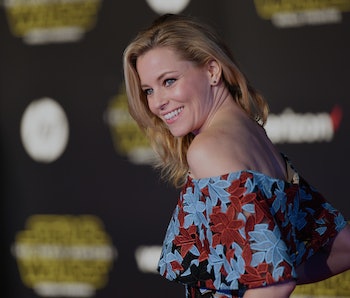 The Power Rangers are going to give Elizabeth Banks a headache.

The 30 Rock and Wet Hot American Summer star has signed on to portray the villainous Rita Repulsa in Dean Israelite’s Power Rangers, the upcoming big-budget film based on the TV and merchandise juggernaut from the ’90s.

Rumors circulated that Lionsgate was looking for an A-list performer to anchor as the lead villain. They didn’t have to reach far for Elizabeth Banks, who starred in Lionsgate’s own Hunger Games franchise. Banks is a bonafide star capable of comedy and earnestness, which is the right tone for a movie like Power Rangers.

In fact, Banks has already shown enthusiasm for the role, tweeting out Rita’s signature lines from the show’s original opening credits.

Shooting is beginning this month in Vancouver, evidenced by some of the stars’ Instagram posts.

More like this
Entertainment
11 hours ago
You need to watch the most underrated superhero thriller on HBO Max before it leaves next week
By Richard Newby
Entertainment
6.25.2022 12:30 PM
'Rings of Power' video sets up the return of Tolkien's most underrated creatures
By Alex Welch
Entertainment
6.18.2022 11:30 AM
10 years ago, the weirdest vampire movie ever defied expectations
By Jeff Spry
Share: