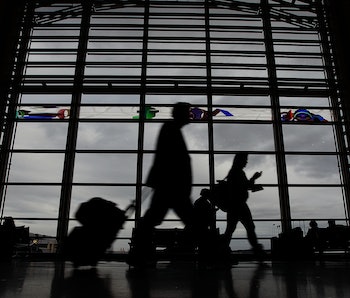 Despite whatever end times narrative the GOP candidates might be spouting today, the U.S. dollar is as strong as it’s been in a while. That means your bank account is ripe to be plundered on vacation. I got in touch with Lilit Marcus, the contributing digital editor at Condé Nast Traveler, about spots that might be a little friendlier on the wallet. And, in case you want to stay in the country — or are some kind of pro-America fanatic that wears a Make America Great Again trucker hat — a couple of local spots crack the list, too.

“These two French Caribbean islands are easier — and cheaper! — for Americans to visit than ever,” Marcus says. “Thanks to new direct flights from New York City, Boston, and Baltimore via budget carrier Norwegian Air.” Righteous. Run from the disgusting blizzard cleanup, East Coast. Run far away.

You heard about taking advantage of Canada’s weak loonie here first, people. So, why does Marcus recommend Toronto, specifically? “Air Canada has launched a new program where people connecting to European flights via Canada can stop over for a few days in Toronto,” she says. “That gives Americans a great reason to check out this underrated city while making the most of their travel plans.” These days you can get the 6 for like 3.50.

If you’re reading this in any time zone but Pacific, this might as well qualify as a foreign land. “Long neglected, this neighborhood is in the middle of a renaissance thanks to the brand new Broad Museum and the uber cool — as always — Ace Hotel,” Marcus says of the business-oriented area no one in L.A. would deign to visit even just a few years ago. “Half a dozen new hotels (including one designed by Roberto Cavalli) will open within the next few years, so go while there’s still any hope of finding parking.”

These last two are recommendations from yours truly, and Björk’s stomping grounds are up first. Long a budget travel for those looking to get to Europe, Iceland just got even more accessible with the stateside introduction of WOW air. It flies from Boston, Baltimore, and — now — L.A. for as little as $99 during promos, with great deals from Reykjavík to mainland Europe, too. Just make sure to eat before you get onboard. Meanwhile, your dollar will buy about 130 krónur these days — similar to the rates of 2009, when Iceland’s economy went to hell even faster than America’s.

That’s right, baby. I just visited my buddy who lives in nearby Carson City and the party is popping seven hours northwest of Vegas. There’s all manner of gambling, of course, and Reno has an authentic feel that rivals downtown Vegas. The prices — from flights to hotels to the minimums at table games — are a major score: I stayed at one of the nicer hotels, the Atlantis, for $60. And nearby South Lake Tahoe is the full, hot order. Don’t miss it.

More like this
Culture
5.11.2022 10:00 AM
10 best time travel movies ever, ranked
By Robin Bea
Gaming
5.13.2022 11:00 AM
5 video games that changed time travel forever
By Jen Glennon
Culture
2 hours ago
On TikTok, Black therapists shine a light on mental health — and each other
By Hannah Norman and Kaiser Health News
Related Tags
Share: