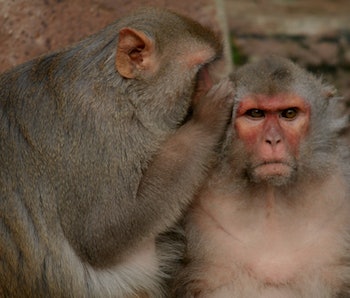 Pick any given aspect of human head transplants — not a face transplant, a whole head transplant — and you will find yourself confronting a nightmare. The science is dubious, the logistics worse, the history terrifying (see the Russian biologist who created a double-headed dog in 1954 and would continue his Cerberus experiments 19 horrifying times), and the ethics murky.

That’s not going to stop Italian researcher Sergio Canavero. Canavero plans to conduct the first human head transplant in 2017, as he’s obtained permission from a man named Valery Spiridonov; Spiridonov, who has a genetic muscular disease with a poor prognosis, admits he’s both terrified yet excited by the promise, comparing himself to an early astronaut. On Tuesday, Canavero claims — without third-party verification, mind you — to have done so successfully in a monkey, though the animal was killed 20 hours after the procedure.

The surgical problems with head transplants are numerous, but one of the largest is that reconnecting the severed spinal cords is beyond current medical ability. Canavero declared he has a series of papers in the hopper that will outline the procedure and its feasibility: “It’s important that people stop thinking this is impossible,” he told the New Scientist.

The scientific peer-review process isn’t perfect, but announcing such potentially revolutionary results prior to publication, before they’re vetted, is generally seen as poor form. New York University’s Arthur Caplan swung as hard as a famous bioethicist can on Twitter, calling the claims “#B.S..”

Should Canavero be able to pull this off — which, again, is not fucking likely — it will revolutionize spinal surgery itself. Caplan has argued that if Canavero can do what the surgeon says he can, why not start with people who have debilitating spine injuries (but don’t require a new body)? Functionally connecting millions of severed neurons is such a feat that Canavero doesn’t just want to run before he walks, he wants to scale Mount Everest.