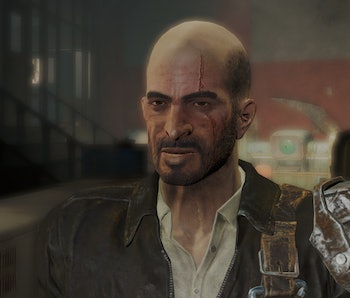 Fallout 4 has been a massive success, both critically and commercially. This isn’t a surprise, most Bethesda games are. Most Bethesda games also have a few DLC expansions as well, and Fallout 4 is filled with potential to get bigger, taller, and better. Here are a few of our ideas.

The settlement building aspect of Fallout 4 was surprisingly successful. It was a fun thing to do, helped players feel like their actions were making the Wasteland safer, and thematically connected with the “fresh start” options the game’s story provided. But while it was good for an RPG that had never done anything like this before, I don’t think anyone would say that Fallout’s settlement building components couldn’t be better. In fact, when I asked people what add-ons they most wanted to see, settlement improvements were the first and often only response.

So what improvements could Fallout 4 use? First of all, the interface could use improvements. Massive improvements. If you’ve ever built a house in Fallout 4, and then tried to improve it from the inside, chances are you’ve accidentally picked up a piece of that house. Or then there’s the problem of this finding the right piece to fit your genius settlement. The whole experience needs to be smoother.

Second, more stuff. Lots more stuff. Mods are great, but it would also be wonderful to see Bethesda go all-out in providing professional-quality, thematically appropriate stairs, decorations, walls, and so on.

Finally, the people of the Commonwealth’s settlements need help. Ideally, a way to list all the characters in a town with their jobs, and easy access to changing their equipment — and meaningful reasons other than “it looks cool” to change their gear. With these three improvements and a few other tweaks, a compelling system can become a great one.

The first half of the Fallout 4 story is spent tracking a brutal mercenary named Conrad Kellogg. But after his death, in one of the game’s odder scenes, you get to spend time in Kellogg’s brain, finding out how he became what he was in Fallout 4, a process that, thanks to cybernetic enhancements, took over a century.

This makes Kellogg the perfect potential focus for an expansion focused on the Commonwealth’s past. Imagine the story of his rise to fame, culminating in recruitment by the secretive Institute. Conveniently, most of the places of Fallout 4’s Boston could remain in place, but with an entirely new story and cast of characters. It would be novel for the Fallout series to have a story with a pre-created character, but even a game where you rolled a bounty hunter chasing Kellogg down could be fruitful.

The lack of the two major islands off the Massachusetts coast, Martha’s Vineyard and Nantucket, is pretty notable in Fallout 4. Specifically, this is because the two of them, especially the Vineyard, are well-known as vacation spots for the wealthy.

They’re also not likely military targets for a nuclear war, so we can posit a scenario where the architecture and maybe even some of the culture survives the Great War. Give it a couple of centuries, and you’ve got a decent scenario for a typical Fallout-style short story of a seemingly decent community with some sort of dark secret. For inspiration, perhaps Bethesda could go back to one of their most memorable quests, the Tenpenny Tower section of Fallout 3, where a group of rich humans and poor ghouls fought over prime Wasteland real estate.

18 months ago, in GQ Magazine, Michael Finkel described the life and arrest of the North Pond Hermit. For over two decades, a man named Chris Knight had lived in the New England wilderness without talking to anyone. It’s a fascinating story, well-worth reading, but one of the parts that stood out to me was that Knight never learned to “live off the land.” He scrounged and stole, putting up a tent with a generator, and taking other people’s food. In short, he was a Fallout 4 scavenger, living off the detritus of a civilization he wasn’t quite part of.

Maine — Knight’s specific location — might be a little out of the way of Fallout 4 (although the D.C.-based Fallout 3 had a Pittsburgh expansion). But the north part of the map implies a dense, wild forest, where one quest has mercenaries hunting for rare Deathclaw eggs.

Expanding in that direction might prove very fruitful for Fallout 4. The recent installments in the series have long benefited from having occasional slow, lonely, dangerous missions. Fallout 4 largely lacks those, except for one main quest journey into the radioactive Glowing Sea — which is one of the best parts of the game. A focus on that sort of storytelling, to provide a change of pace from the dense, urban main game, could be a lot of fun.