One animal life hack could be the secret to human longevity 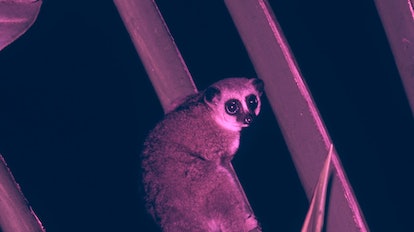 In the world of science, a slumbering lemur is something to get excited about.

More than slumbering — a lemur in hibernation. In March, scientists working at the Duke Lemur Center announced in Nature an incredible first: Fat-tailed dwarf lemurs in captivity finally hibernated.

Hibernation is in the DNA of dwarf lemurs, but it’s difficult to achieve in zoos and sanctuaries. It is also what’s set them apart from other primates: these lemurs are our closest hibernating relative, and the only primates known to hibernate for longer periods of time.

How do animals hibernate?

Hibernation has a long, ancient history: One fossil study even suggests hibernation goes back as 250 million years ago. That study suggests pig-sized pre-mammals known as lystrosaurus went into long periods of sleep to cope with stressful, cold conditions in the Arctic Circle.

Modern-day hibernation doesn’t look all that different. However, not all animals sleep for the entire winter. Others do: For example, dwarf lemurs living in the wild hibernate between three to seven months a year.

Marina Blanco led the study of the dwarf lemur and is a research scientist at the Duke Lemur Center. She tells Inverse these lemurs nearly stop their metabolic activity, reduce their body temperature, and gear up for the long winter.

“They can shut down metabolism for several months to a year, but they need to prepare for it by accumulating fat reserves, or cache food,” Blanco says.

But contrary to popular belief, many animals, such as bears, don’t actually sleep all winter. Instead, they merely constrain their metabolic functions so they no longer need to expend energy doing basic tasks, such as pooping. But the severity of the winter can also affect how long they slumber.

Rather than associating hibernation purely with sleep, research suggests we should view hibernation primarily as an energy-saving mechanism.

While bears are iconic hibernators, most hibernating animals tend to be on the smaller side. There’s a scientific explanation for this phenomenon.

These small animals span the animal kingdom, ranging from the Western Hermann's tortoise to hedgehogs (though you should take caution if your own pet hedgehog starts hibernating).

Other small animals have evolved unique tricks to survive during the long winter. The Arctic ground squirrel recycles its own pee, converting it into protein to stay alive.

“Larger animals — most primates — for example, could not accumulate enough fat in their bodies to survive six months a year!” Blanco says.

Instead, humans and other primates find other ways to endure times of famine and harsh winters, such as eating lower-quality foods when resources are scarce.

The question has fascinated humans for centuries, though it’s also received considerable skepticism.

In an 1885 article in the journal Nature, author C. K. Bushe responds to the suggestion that a hibernating man had been buried — and later been recovered alive — by basically calling the gravediggers charlatans:

“... we must remember that the burial was performed by men, descendants of others wholly unscrupulous, magicians, tricksters, who had probably followed the same calling for ages, and acquired an hereditary skill in such deceptions.”

The scientific review of hibernation in humans, meanwhile, is lacking.

In a 2008 article published in the Annual Review of Medicine, researchers write “the thought that humans can undergo a severe hypometabolic state analogous to hibernation borders on science fiction.”

The study goes on to state that severe hypothermia may correlate with hibernation in animals, but using drugs to induce hypothermia in humans is both difficult and dangerous. Ultimately, our metabolic functions are quite different than hibernating animals, which makes hibernation a challenge.

“Hibernators, including dwarf lemurs, live life in the extremes, and can tolerate changes in metabolism, and likely levels of cellular stress that would be pathological or harmful in humans,” Blanco says.

However, recent scientific news suggests that the ability for human hibernation may dwell within our DNA — an ancient mammalian function that we have lost, but could one day regain.

One study of ancient humans, for example, found evidence of “tolerated hibernation” in the bones of the Sima de los Huesos hominins, who may have hibernated in caves during the extreme Ice Age weather of the time.

The latest cancer research also shows that human cancer cells under a slow-division process similar to hibernation as an adaption to the harsh nature of chemotherapy.

Why would humans want to hibernate?

Scientists think studies of animal hibernation could help us understand — and even offset — a host of human health issues, including:

But the most eye-popping reason for humans to actually hibernate: To survive in space.

Humans traveling long distances in space — say, to Mars — will need to remain sedentary for long periods of time. Inducing a state of artificial hibernation (also known as synthetic torpor) like the space pods from the movie Passengers could be one way to do it.

Apparently, this isn’t just a specter of science fiction: doctors placed a human in suspended animation for the first time in 2019.

What can hibernation teach us about longevity?

According to scientists, the metabolic functions of hibernation could help us unlock the secrets of longevity and anti-aging techniques in humans.

Hibernators are capable of living in extremely stressful environments, and their bodily adaptations could hold clues for medical conditions that occur as the human body ages.

“If hibernators can repair DNA damage and cope with stress associated with metabolic depression, understanding those mechanisms can help revert this condition in humans,” Blanco says.

We’re still not quite able to hibernate like animals, but it’s not a far-off possibility, according to some researchers.

In 2020, Inverse spoke with Kelly L. Drew, director of the Center for Transformative Research in Metabolism at the University of Alaska Fairbank, who conducted a study on hibernation in Arctic ground squirrels.

“A long-term goal is to mimic the metabolic adaptations in hibernation in humans," Drew said.

Drew adds, "Towards this end, we need to know what metabolic processes contribute to the unique metabolic phenotype of hibernating animals."

Blanco notes that dwarf lemurs can turn their metabolic processes on and off like a switch. If humans could unlock a similar ability within our DNA, hibernation may well be within our reach.