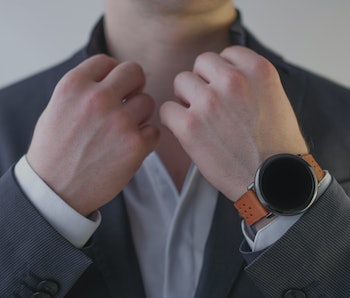 People often complain that their boss lacks understanding and compassion, thinking they would have approached the job entirely differently. But are leaders really deficient when it comes to empathy? And if so, why?

The question is important. Since the ethical failures of leadership that led to the 2008 recession, there has been a concern for the relatively unchecked power of chief executives. These people, after all, have the ear of politicians and are influential in shaping society.

This has resulted in a desire for a more distributed and ethical approach to leadership. There is a trend for organizations to want to develop leadership at all layers – rather than it being the domain of a powerful few. We are also seeing an increase in publications that call on leaders to be empathetic, ethical, authentic, humble, fair, emotionally intelligent and responsible.

What’s more, earlier research on “motor resonance” – which is linked to empathy because it measures our level of perception of other’s actions and experiences – found that people in power displayed lower resonance than people with less power did.

During Barack Obama’s reelection campaign, Michelle Obama made the observation: “Being President doesn’t change who you are, it reveals who you are”. So does power change a leader or does it reveal the leader for who they are?

Research on power and moral identity concluded that a person’s moral compass does influence whether their power results in self-interested behavior.

Power for an organizational leader typically derives from assigned authority(positional power) and the ability to exert influence over others (personal power). When a leader balances authority and influence with attributes such as empathy, integrity or humility, this is more likely to result in the ethical use of power. When authority and influence are not tempered by such positive attributes and are wielded for self-interest or morally ambiguous purposes, unethical abuse of power ensues.

But research also suggests that power can change us. So what happens when people gain power? The vast majority of us, after all, have the empathy to some degree. This is central to emotional and social competency and to emotional intelligence, which is useful in running an organization.

Simon Baron-Cohen, a psychologist at the University of Cambridge, has explored the correlation between empathy and cruelty seeking to uncover how some people behave in depraved, immoral ways while others don’t. Baron-Cohen uses the term “empathy erosion” to explain how we can all turn our empathy off due to our beliefs, experiences, goals, and emotions. When empathy is turned off, we are focused on our own interests to the detriment of others.

The road to leadership, with its focus on achievement of goals, delivery of results and financial performance – together with increased levels of stress – might, therefore, lead to empathy erosion even in the most well-intentioned leader. In fact, research suggests that power makes people more likely to act in a way that is consistent with their goals – increasing persistence and the seizing of opportunities. But this goal focus also makes them more likely to ignore peripheral information, which in social situations, can be perceived as lacking in empathy.

The company Enron, whose leaders were found guilty of fraud and conspiracy, provides an extreme example of empathy erosion with increases in power. While Enron adopted a formal statement of human rights principles advocating respect, integrity, communication, and excellence, retrospective reviews of leadership describe them as immoral, arrogant and mercenary – exploiting loopholes, manipulating markets and inflating profits in a bid to be successful.

More recently, concern over leaders abusing power has shifted to the technology industry with the chief executives of Facebook, Twitter, and Amazon coming under increasing scrutiny.

But is it really just the fault of the boss? Power and empathy in leadership is a complex dynamic. Baron-Cohen’s book illustrates it is not only leaders who might turn empathy off, but followers may also do too. If the results of power are beneficial to us, could it be that we even overlook a lack of empathy in our leaders?

In an increasingly polarised political landscape, we see differing political views challenged, not through debate and discussion, but through tribal behavior. We often consider the groups that we belong to as worthy of empathy, respect, and tolerance – but not others. What’s more, recent research has identified that we reward our leaders for being naysayers – negating, refuting or criticizing others – rather than empowering them.

So yes, power can certainly corrupt. That said, if we want to create truly empathetic leaders we must all challenge our own behavior.

This article was originally published on The Conversation by Suzanne Ross. Read the original article here.

More like this
Science
Jan. 28, 2023
How does the placebo effect take hold? A doctor explains two influential factors
By Kathryn T. Hall. and The Reader
Mind and Body
22 hours ago
Overthinking? This New Kind of Therapy May Finally Provide An Antidote
By Elana Spivack
Science
Feb. 5, 2023
AI Is Smarter Than Ever – But Some Problems Still Stump Today’s Computers
By The Conversation and Jie Wang
LEARN SOMETHING NEW EVERY DAY.
Related Tags
Share: