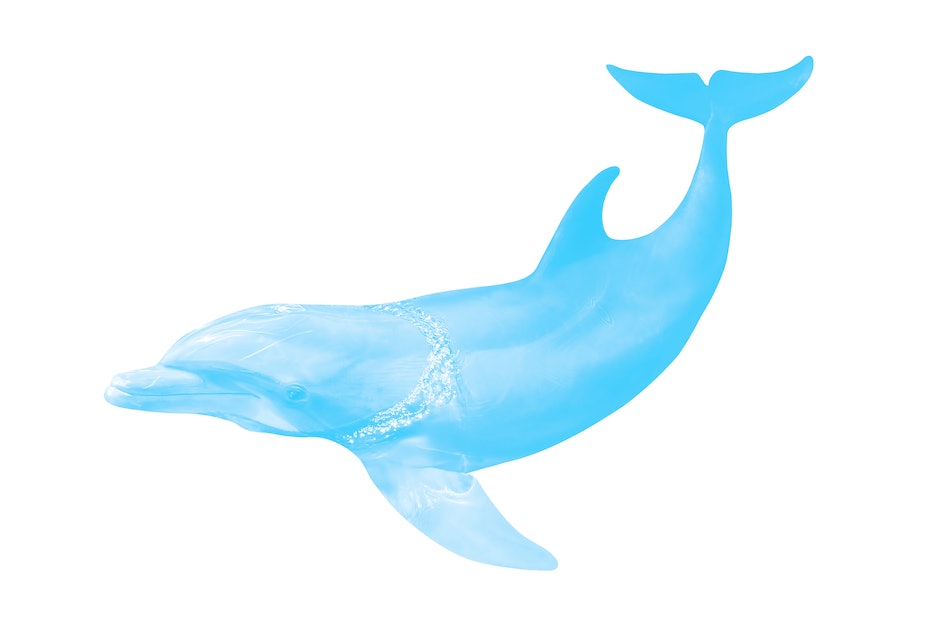 Aging leaves no one behind, but humans all experience the process differently, based on genetics and lifestyle factors.

Conversely, dolphins used by the US Navy tend to exist within a pretty uniform set of circumstances — diet and habitat are roughly the same for all individuals. Because these aquatic mammals experience aging in a way similar to humans, the Navy dolphins were recently selected as the subjects of a new long-term aging study. The far-future goal: Delay the process of human aging.

The results of this study were published Monday in the journal Proceedings of the National Academy of Sciences.

In dolphins, four key traits demonstrate how aging shows up in the blood, the study team reports. Scientists took blood samples in 144 dolphins over 25 years to home in on markers that are relevant to human health. The findings demonstrate the difference between slow and accelerated aging between individuals in the same population.

"While it has long been believed that some people age faster than others, it has been difficult to prove that people indeed age at different rates," Venn-Watson tells Inverse.

Venn-Watson and colleagues identified four biomarkers in dolphin blood that help to measure the rate of aging:

"Based on these indices, we were able to confirm the presence of both slow and accelerated aging dolphins," Venn-Watson says. In other words, they measured what a steep versus a gradual aging process looks like.

Hemoglobin and lymphocytes, for instance, decline with age, Venn-Watson explains. Together, that puts older dolphins (and people) at greater risk for anemia and severe infections. Dolphins that age more quickly are at an even bigger risk.

The finding "supports that key, non-environmental drivers of aging rate can be identified, and thus, may be targeted to slow aging itself."

With humans and wild dolphins, the aging process is swayed by environmental or lifestyle factors. In humans, that includes socioeconomic status and chronic medication. In contrast, US Navy dolphins, which are trained for missions like equipment retrieval and underwater mine detection, live in similar conditions. That allowed researchers to isolate aging patterns without environmental biases.

"Importantly, we could clearly differentiate slow and accelerated aging dolphins despite the fact that all dolphins in the population shared the same diet, health care, and oceanic environment," Venn-Watson says. The finding "supports that key, non-environmental drivers of aging rate can be identified, and thus, may be targeted to slow aging itself."

Slow aging — As the new research reveals, aging more slowly protects individuals against some of the major health challenges that come with time — regardless of environment.

That idea could inform human medicine in the future, and potentially the development of therapies that slow down the human aging process.

Most aging research in animals involves those with short lifespans, like worms, flies, and mice. By studying dolphins, Venn-Watson says she hopes to learn how long-lived animals, like humans, reach their older ages in the first place — and "how we can leverage those mechanisms to help people and dolphins live longer and healthier."

Dolphins are a particularly useful model for studying human aging because they can be affected by aging-related conditions like high cholesterol, chronic inflammation, and even Alzheimer’s disease.

Now, with this study, scientists have evidence of slow and accelerated aging in dolphins. That could eventually help researchers to target and delay the aging process in humans.

"We hope our study may help physicians and longevity researchers prioritize clinically relevant indices in older people, including declining hemoglobin and lymphocytes," Venn-Watson says, "to not only prevent and treat anemia and declining immunity but possibly to help delay aging rates as well."

Abstract: While it is believed that humans age at different rates, a lack of robust longitudinal human studies using consensus biomarkers meant to capture aging rates has hindered an understanding of the degree to which individuals vary in their rates of aging. Because bottlenose dolphins are long-lived mammals that develop comorbidities of aging similar to humans, we analyzed data from a well-controlled, 25-y longitudinal cohort of 144 US Navy dolphins housed in the same oceanic environment. Our analysis focused on 44 clinically relevant hematologic and clinical chemistry measures recorded during routine blood draws throughout the dolphins’ lifetimes. Using stepwise regression and general linear models that accommodate correlations between measures obtained on individual dolphins, we demonstrate that, in a manner similar to humans, dolphins exhibit independent and linear age-related declines in four of these measures: hemoglobin, alkaline phosphatase, platelets, and lymphocytes. Using linear regressions and analyses of covariance with post hoc Tukey–Kramer tests to compare slopes (i.e., linear age-related rates) of our four aging rate biomarkers among 34 individual dolphins aging from 10 y to up to 40 y old, we could identify slow and accelerated agers and differentiate subgroups that were more or less likely to develop anemia and lymphopenia. This study successfully documents aging rate differences over the lifetime of long-lived individuals in a controlled environment. Our study suggests that nonenvironmental factors influencing aging rate biomarkers, including declining hemoglobin and anemia, may be targeted to delay the effects of aging in a compelling model of human biology.