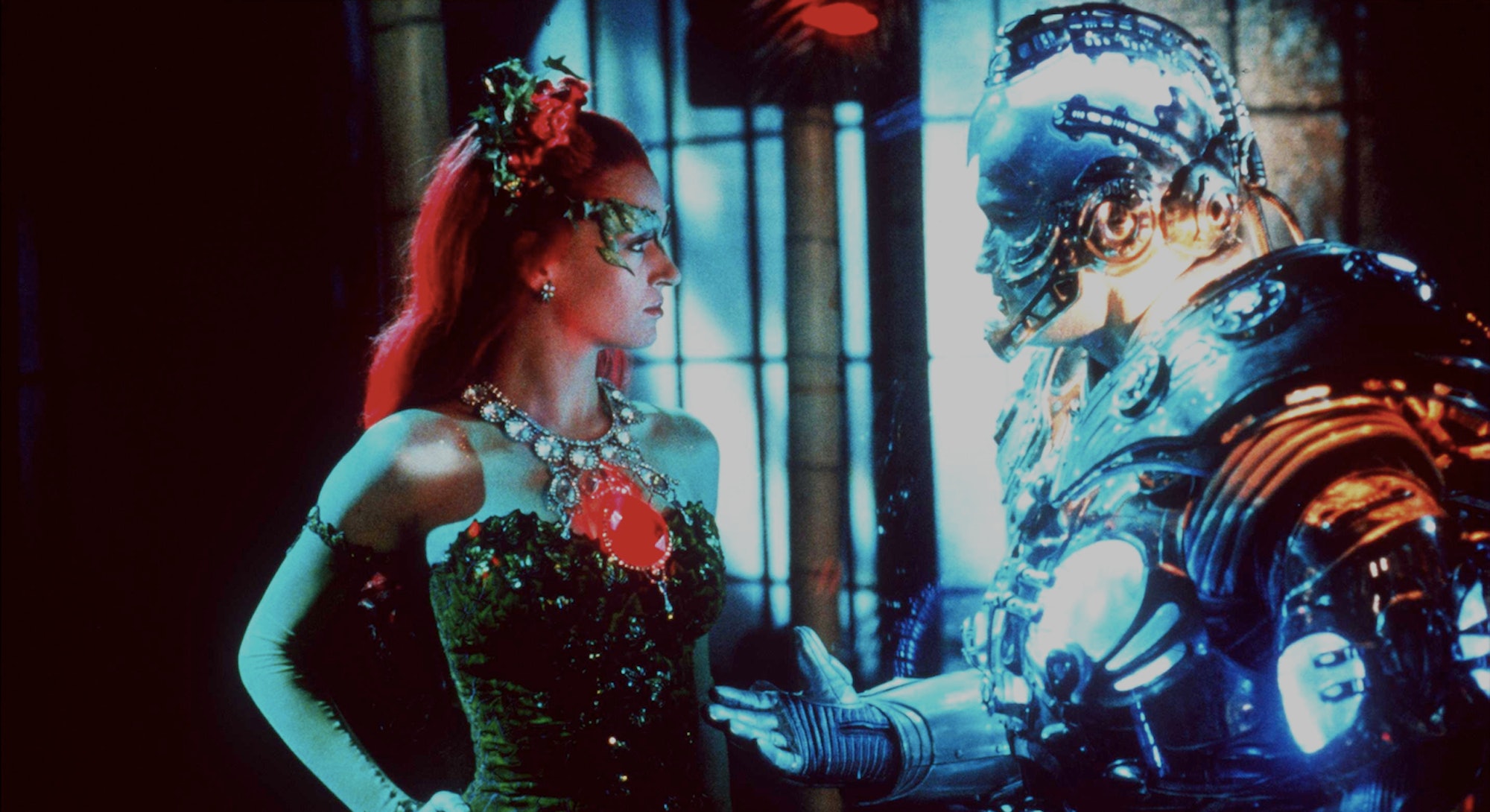 Poison Ivy is one of the strangest villains in Batman’s rogue’s gallery.

And that’s really saying something considering the competition.

She’s a human-planet hybrid whose powers also transform her into a passionate ecoterrorist. The product of horrific scientific experiments, she’s also one of the Dark Knight’s most fearsome enemies with the power to kill with a kiss.

Poison Ivy (aka, Dr. Pamela Lillian Isley, Ph.D.) may sound like the far-out fantasy of DC’s most Earth-loving employees, but her powers aren’t as unrealistic as you might think.

As it happens, her deadliest talent is not so far from some actual animals and plants. Contact toxins, causing harm and sometimes even killing by mere exposure of one’s skin, are rare, but not unheard of. And while she may seem firmly rooted in superhero lore, the power humans have to create poison — and potentially, incorporate the power of plants into people — make this misanthrope more relevant than ever.

Central and South American poison dart frogs can secrete batrachotoxin, a powerful neurotoxin, through glands on their skin. Their toxicity protects them from predators.

But the frogs don’t produce the toxin themselves. Like Poison Ivy, they acquire it from external sources, in this case by eating poisonous beetles, for other toxins also mites and ants.

But don’t worry too much if you accidentally touch a wild specimen. Although the most toxic of these frogs, Phyllobates terribilis, contains enough toxin to kill at least ten people, touching it would make you experience a burning sensation in your palm and make it numb for some time, but not threaten your life.

(We do not recommend holding it for a prolonged time, however, and certainly not absent-mindedly licking your fingers or rubbing your eyes afterward.)

Plants can also poison you by mere touch — like the actual poison ivy.

Even upon brief contact, it may cause an itchy, painful rash lasting for weeks. Sensitive individuals may experience a severe allergic reaction including widespread rash and fever. Urushiol, the compound found in poison ivy and several other plants, is not directly poisonous to us, but it causes our immune system to misfire in an allergic reaction. Few people are resistant to it.

However, life-threatening reactions are rare, same as for other plants you should avoid touching, such as poison oak, hogweed, bull nettle, or manchineel. Mother Nature’s contact toxins will make your life unpleasant, but won’t kill you.

Naturally occurring contact toxins are nowhere near as scary as human-made substances such as dimethylmercury, which is among the strongest known neurotoxins. The compound can be used for calibration of nuclear magnetic resonance and other equipment and has been used as a reference toxin, but its uses are very scarce.

A single droplet touching your skin will kill you within seconds, though you’ll be dying for months.

Unlike batrachotoxin — which binds to sodium channels in the cell wall, thus blocking nerve signals to the muscles and causing quick cardiac arrest — dimethylmercury is a slow killer. It damages the nervous system, causing loss of balance, blindness, deafness, cognitive problems, and eventually coma and death. What’s worse, it can permeate latex gloves easily. You don’t want to work with this compound.

Even its less scary sibling, methylmercury, is extremely toxic—and unlike dimethylmercury, quite widespread. For example, it’s caused long-standing environmental destruction, deaths, and disabilities near the Japanese city of Minamata. This poisoning is connected to ingesting fish and shellfish contaminated with discharged, mercury-containing wastewater from a chemical plant.

Considering our own ability to destroy with poison and more, one could almost sympathize with Poison Ivy’s attempts to take the world from the hands of humans and make it a plant paradise. It certainly looks like we’re poisoning plants and animals more often than vice versa. Are there ways to “remodel” humans to make our lives on this planet more sustainable?

One way forward might lie in becoming more plant-like ourselves, like Poison Ivy who thrives off sunlight in some comics. While no animal can subsist purely on photosynthesis, some actually can photosynthesize.

The sea slug Elysia chlorotica and other species from the same order ingest algae and “keep” their chloroplasts, the organelles responsible for photosynthesis. They can maintain the chloroplasts for nearly a year — an amazingly long time without an alga’s nucleus. The chloroplasts are still active, using light to convert carbon dioxide into sugar.

While studies suggest photosynthesizing aids sea slugs’ survival only marginally and the chloroplasts may be more useful as a “food storage,” the slug may be benefitting in an entirely different way: along with the algae, it also consumes bacteria dependent on their algal home.

These produce toxins that may protect the slug against predators. Sounds a lot like Poison Ivy.

This isn’t just a cool bit of animals science. Although the slugs don’t subsist on photosynthesis, their kleptoplasty — “chloroplast theft” — could provide us with a way of making ourselves partly dependent on gaining energy from sunlight. It would likely contribute to our energy expenditure only to a small extent — but better that than nothing.

Some want to make this scenario an actual reality. In 2016, the transhumanist lab Quimera Rosa launched a project called TransPlant: Green Is The New Red. The aim is to eventually make a photosynthetic human.

The idea of chlorophyll tattoos or even full-body chloroplast-containing skin is not new in science fiction, and once we learn more about how sea slugs and other invertebrates can keep chloroplasts alive and functioning without the plant nucleus, a photosynthetic person could be in our reach. Otherwise, we’d need to frequently inject ourselves with a fresh batch of chloroplasts — not very effective.

While Poison Ivy is a supervillain, she rarely fights for her own gain. Perhaps we can be inspired by some of her goals, if not her rather criminal methods. “Going green” just might be a part of our future — literally.