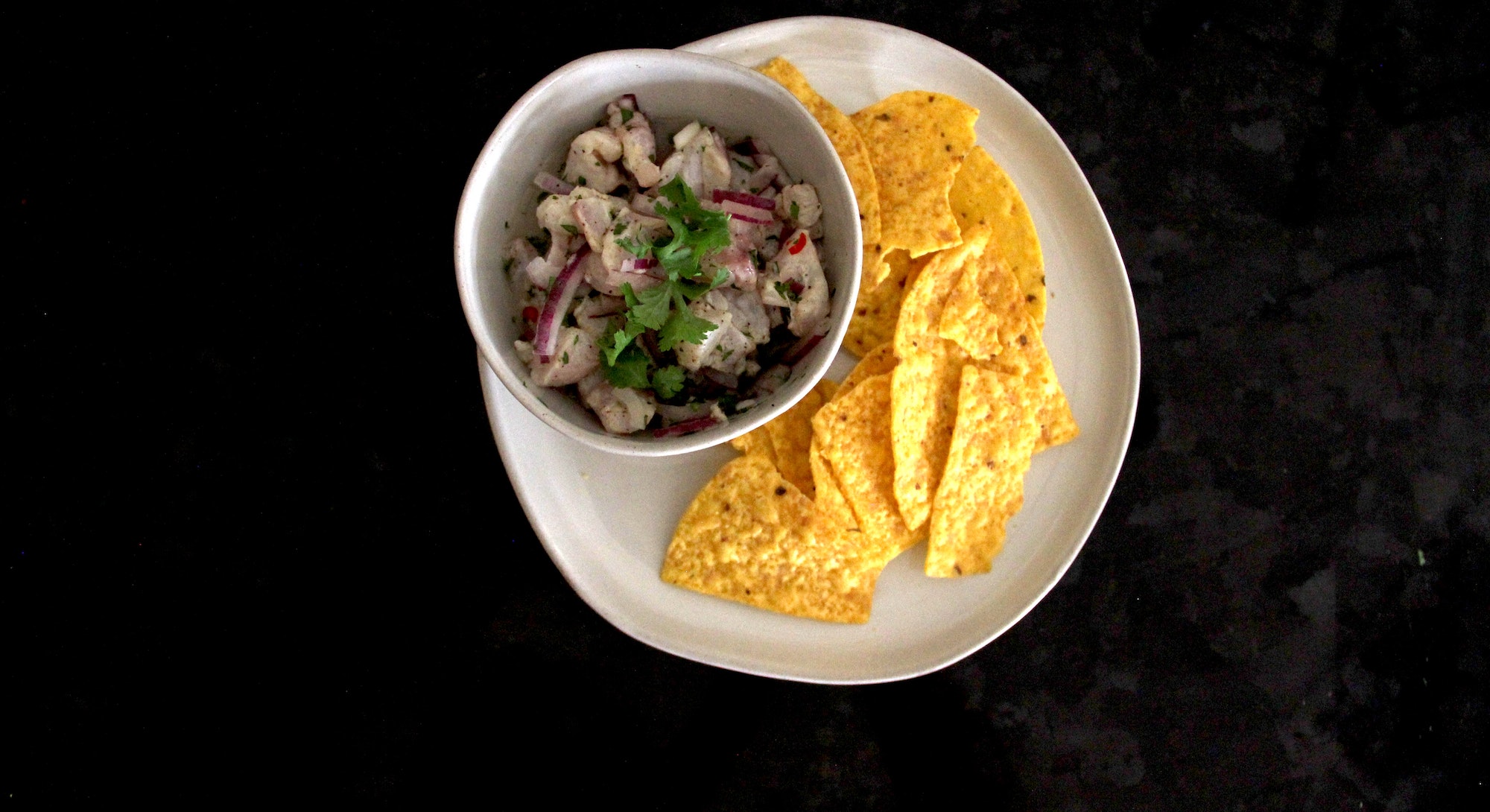 Let’s try an experiment: Think about a lemon. Its yellow peel is thick and shiny. When you cut into it, a little bit of juice seeps out onto your hand. Now imagine biting into a wedge of that lemon. Pause. Is your mouth watering?

That’s the power of acid. Even the suggestion of sucking on a citrus fruit is enough to make you start salivating. When it comes to cooking and dining, acid is a powerful tool. A squeeze of lime or a glass of tart wine will turn up the volume on pretty much any dinner.

To learn a little more about the flavor and function of acids, I called up Dr. Ali Bouzari. Dr. Bouzari is a culinary scientist with a Ph.D. in food biochemistry and a background cooking in fine dining restaurants. I wanted to talk to him about the role of acid in a classic ceviche. As soon as I started asking questions, things got a little philosophical.

It’s often said of ceviche that the acid in the dressing “cooks” the fish. Whether or not that’s true, Dr. Bouzari explained, depends on our fundamental definition of cooking. Changing the PH environment of the fish will alter the proteins, Dr. Bouzari elaborated. The addition of an acidic substance, like citrus juice or vinegar, causes the protein in the fish to panic; the strings of amino acids will unfold and rapidly attempt to reorganize themselves. The result is a newly dense web of proteins. This new organizational structure changes both the texture and color of the fish. Because the proteins are packed together more tightly, the meat will feel firmer. Light is less able to penetrate this dense surface, causing the fish to appear opaque. If, by cooking, we simply mean altering animal protein, we can call this fish cooked.

Color and the texture aren’t the only elements of ceviche shaped by PH. The acid that is used will also play a big role in flavor. Most ceviche recipes rely on citrus fruits for their tart kick: lemon, lime, and orange juice are all common ingredients. When it comes to fruitiness, the juice itself doesn’t bring much to the table. The classic flavors that define lemon, lime, or orange are mostly found in the oil of the fruit’s skin. If you want to incorporate those flavors as well, your best bet is to extract the juice in a way that will also bruise the peel, and release some of its oil. This can be done by squeezing a halved fruit by hand, or by using a citrus press.

Dr. Bouzari explained another reason that citrus juice and fish are a classic pairing. Seafood naturally has a high level of sulfur, which plays a big role in “fishy” taste and smell. The added acid will react with sulfur and reduce its volatility. As Dr. Bouzari put it, a squeeze of lemon juice “effectively grounds the helicopter.” Since the bulk of flavor perception is based on scent, if the sulfur isn’t volatile enough to fly up to your nose, then you won’t taste it.

When it comes to actually preparing ceviche, the acids do most of the heavy lifting. Although there is some complicated science at work, making this dish is exceedingly simple for the human chef. The reward at the end definitely outweighs the amount of effort that goes into it. For this project, I looked for a minimalist recipe that would let the fish shine. There are dozens of variations on this dish, calling for everything from avocado to sweet potato. I selected a version that simply dressed a filet with garlic, cilantro, lime juice, red onion, and chili pepper. When it came time to select the fish, I decided to consult another expert. At a local market, I told the fishmonger what I planned to make, and he was kind enough to pull out some red snapper from the back. Even though acids do have some antimicrobial properties, Dr. Bouozari suggests starting with a high-quality piece of fish to minimize any food safety concerns.

Once at home, I started chopping. My ceviche was destined to be served with tortilla chips. I wanted two or three bits of fish to balance comfortably on a chip once everything was said and done. With that in mind, I cubed the snapper into small pieces. After the fish was prepped, I set it aside in a Pyrex dish. The selection here is important. When working with acid, not all cooking materials respond in the same way. Glass, ceramic, and stainless steel are considered non-reactive and are a good choice if you’re making ceviche. Aluminum, cast iron, or copper, would react differently. Although it’s not an explosive event, the acid in the food can react with the metal in the pan and draw forth some undesirable flavors. It would be a shame to make a special trip to the fishmonger and end up with a ceviche that tasted like a handful of pennies. If you’re working with an acidic food, stick to non-reactive materials.

From there, things moved quickly. I prepped the lime juice and chopped the other ingredients so that they would be ready to combine in quick succession.

As soon as I poured the citric acid over the fish, I could clearly see the chemical changes starting to take place. As a bowl of raw fish, the snapper looked a little soft and saggy. With the acid incorporated, the individual pieces of fish were developing a new bouncy, perky texture. As I watched, the color changed from a translucent pink to an opaque white grey. I added the other ingredients and incorporated them with a few final stirs. The transformation had taken all of two minutes.

I dipped in a chip, and was rewarded with a resounding flavor. The bright lime juice carried through every element of the dish: it complemented the green flavors in the cilantro, and it was powerful enough to stand up to raw red onion and garlic.

Raw fish tends to have a silky texture, although it can error on the side of slimy. Seared fish will have a crisp exterior and a flaky interior. Thanks to its acid bath, the snapper in my ceviche landed somewhere in between, with a chewy bite and a soft interior. Setting philosophical questions aside, let’s just call it cooked.