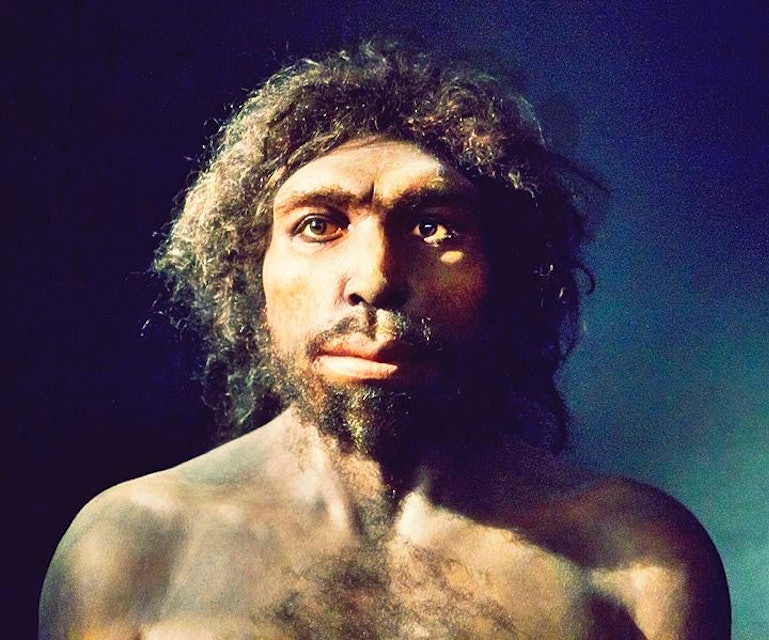 In 1997, scientists announced that an abundance of unique human fossils excavated from a cavern in Spain made it clear that it was time to add a new species to the human genus: Homo antecessor.

But since that massive discovery, these likely cannibals have remained largely a mystery, with scientists struggling to determine how exactly we are related to these ancient humans. Discovering the answer may help settle an old debate about who is the common ancestor of Homo sapiens and Neanderthals.

But a new study adds an altogether different twist to the complex human family tree.

But new research linked to an incredibly old tooth posits another theory, placing Homo antecessor on a different branch of our family tree entirely.

The conclusion stems from the successful retrieval of the oldest human genetic data to date. Using a molecular method called palaeoproteomics, the researchers behind the new study sequenced ancient proteins from a tooth found in the Spanish cave, discovering that it is between 772,000 to 949,000 years old.

The results were published Wednesday in the journal Nature.

The Gran Dolina site is one section of the archeological site of Atapuerca, a designated UNESCO World Heritage Site in the north of Spain. The caves that pinprick Atapuerca are considered priceless to human history. They contain the earliest and most abundant evidence of humankind in Europe: The Sima de los Huesos, or "pit of bones," being the most famous of the various sections of the natural complex.

But it's the Gran Dolina site itself where we find evidence of Homo antecessor: Bone fragments and teeth suggest that between five to six of these hominins lived there at one point.

Previous analysis of skull fragments suggests that Homo antecessor possessed the oldest known "modern-like face." That's because it shared facial characteristics with Neanderthals and Homo sapiens. It was these common features that spurred the hypothesis that all three species may be closely related.

But the tooth tells otherwise. Researchers determined the sequence of amino acids in the protein remains, and compared them to the ancient protein sequences already extracted from other human species. This technique, a form of mass spectrometry, can reveal how closely related different beings are.

The analysis indicates that, despite physical similarities with Neanderthals and Homo sapiens, Homo antecessor belongs to a close sister lineage to subsequent hominins, like Denisovans, Neanderthals, and ourselves.

However, the findings also confirm one thing that we thought we knew about this ancient human: The face of Homo antecessor remains a face eerily similar to our own. That may mean that certain facial characteristics "may have a considerably deep ancestry in the genus Homo," and the cranial morphology of the Neanderthal — which involved a sloped backward forehead and protruding nose — is a derived form of that morphology, the researchers argue.

The technique the scientists used in this study could shed light on other ancient human mysteries — like what other relationships different species had between them. Now, Bermúdez de Castro and his team are eager to see what new turns in humanity's history that palaeoproteomics may reveal next.

Abstract: The phylogenetic relationships between hominins of the Early Pleistocene epoch in Eurasia, such as Homo antecessor, and hominins that appear later in the fossil record during the Middle Pleistocene epoch, such as Homo sapiens, are highly debated1–5 . For the oldest remains, the molecular study of these relationships is hindered by the degradation of ancient DNA. However, recent research has demonstrated that the analysis of ancient proteins can address this challenge6–8 . Here we present the dental enamel proteomes of H. antecessor from Atapuerca (Spain)9,10 and Homo erectus from Dmanisi (Georgia)1 , two key fossil assemblages that have a central role in models of Pleistocene hominin morphology, dispersal and divergence. We provide evidence that H. antecessor is a close sister lineage to subsequent Middle and Late Pleistocene hominins, including modern humans, Neanderthals and Denisovans. This placement implies that the modern-like face of H. antecessor—that is, similar to that of modern humans—may have a considerably deep ancestry in the genus Homo, and that the cranial morphology of Neanderthals represents a derived form. By recovering AMELY-specifc peptide sequences, we also conclude that the H. antecessor molar fragment from Atapuerca that we analysed belonged to a male individual. Finally, these H. antecessor and H. erectus fossils preserve evidence of enamel proteome phosphorylation and proteolytic digestion that occurred in vivo during tooth formation. Our results provide important insights into the evolutionary relationships between H. antecessor and other hominin groups, and pave the way for future studies using enamel proteomes to investigate hominin biology across the existence of the genus Homo.