Does nature have legal rights? The answer is not as simple as you think

“It is totally possible to extend legal rights to non-humans, including wildlife.” 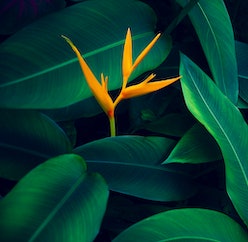 Mother Nature is taking humans to court. Three recent legal suits, ranging from the rights of wild rice on U.S. tribal lands to Pablo Escobar’s “cocaine hippos” in Colombia, have brought nature front and center into the heart of a burgeoning legal movement — both in the U.S. and abroad. Does nature  — plants, animals, and even river ecosystems — have legal rights in the eyes of the law?

The question teases an even more considerable debate: Is nature intrinsically worth protecting, regardless of its value to human beings?

Once a fringe idea, the notion of the legal “rights of nature” is becoming accepted in mainstream discourse among environmental scholars, activists, and lawyers.

“It is totally possible to extend legal rights to non-humans, including wildlife,” Karen Bradshaw, a professor of law at Arizona State University’s Sandra Day O’Connor College of Law, tells Inverse.

What are the legal rights of nature?

Bradshaw recently published a book, Wildlife as Property Owners, which argues for wildlife's legal rights and protection through existing property law. She says there are at least “five to ten” different meanings of “rights of nature,” depending on whom you ask, and “people conflate those all into one meaning.”

“It really depends on what you mean by right the nature,” Bradshaw says.

Humans can bring forth lawsuits on behalf of animals, plants, or even rivers. But there are a few clear-cut things that most “rights of nature” cases have in common. In these cases, nature has legal standing or a right to defend itself in a court of law.

“Legal standing provides the right to have a dispute decided by a judge,” Bradshaw says. “Attorneys can represent wildlife just as they represent other litigants.”

Human guardians are then appointed to enforce the rights and safeguard the welfare of nature, similar to a court-appointed guardian for a minor child or a person who is not competent to make legal decisions.

In effect: Nature is no longer the property of humans but akin to a person, with all the rights granted to human beings.

To see what this would look like in reality: In 2017, the Indian courts granted legal rights to the Ganges and Yamuna rivers based on the rivers’ sacred value and to protect the rivers from pollution. The courts legally considered the rivers akin to minors, appointing guardians from the state government to oversee their protection.

There are also “some indigenous models that you could use where the tribal government might represent or consider representing the interests,” Bradshaw says.

One such example of tribal representation is the Klamath River in Oregon. The Yurok tribe granted legal personhood to the river in 2019, making it the first known river in the U.S. to have the same legal rights as a human.

There are two similar but divergent ideas about why it’s necessary to grant nature rights, Bradshaw explains:

The former, anthropocentric or human-centered argument, has extensive precedent in U.S. law.

For example, the Endangered Species Act was created under the constitutional provisions of the Commerce Clause, relying on Congress’ power to regular interstate trade — an endangered animal’s economic value — as the bulwark for the law.

The latter argument, which argues for inherent rights of nature to exist, has more legal backing abroad in South America but less so in the United States.

“I think that those arguments don't have the current legal standing, but they do have public support,” Bradshaw says.

The history of nature’s legal rights

Indigenous communities in the U.S. have long upheld the idea that nature has an intrinsic right to exist and deserves protection.

“I had to choose a single sort of leader in the rights of nature movement; it would definitely be indigenous governments in the United States,” Bradshaw says.

But it took many years for these ideas to gain official consideration outside tribal courts and Western judicial systems.

Douglas’s notion was a controversial idea and dismissed at the time. It wasn’t until 2008, when Ecuador enshrined the legal rights of nature into its constitution, that the concept of nature’s legal rights took off in legislative bodies and judicial processes around the globe.

In the years since, other countries, from Bolivia to Colombia to New Zealand, have also enshrined legal protections for nature through both constitutional and judicial processes.

In the U.S., rights of nature cases have traditionally happened on a local or tribal level, like the Klamath River case.

Many towns and municipalities acknowledge the rights of ecosystems through local legislation or ordinances. Roughly three dozen communities across the country have passed such laws. The first town to enact such an ordinance was Tamaqua Borough, Schuylkill County, Pennsylvania, in 2006, followed by Pittsburgh, Pennsylvania, in 2010.

But if you take a more expansive definition of nature’s legal rights, then attorneys in the U.S. have been advocating for nature’s rights on a federal level for decades.

As a result of environmental legislation like the Clean Air and Water Act, companies and individuals are held accountable and fined for polluting many ecosystems — arguably one way of protecting the “rights of nature.”

Similarly, the Ninth Circuit Court of Appeals, which covers a vast region in the western United States, “allows animal litigants to sue in their own right,” according to Bradshaw.

While the idea of legal personhood for nature has less precedent in the U.S., there are plenty of other ways for nature to gain legal recognition.

“So it really gets back to the definitional question: what do we mean by rights of nature?” Bradshaw asks.

Three major court cases are looming now in the U.S. and Colombia that have brought the conversation of rights of nature cases out of niche legal conversations and into the public discourse.

These “rights of nature” cases are:

Bradshaw calls the Happy the elephant case the “biggest animal law case of our lifetime.” Happy is an elephant who was transported as a baby from Thailand to the U.S. She now lives alone in an enclosure in the Bronx Zoo. Animal rights activists advocate for her welfare and release to a sanctuary. The New York Court of Appeals has also recognized her plight.

In 2022, the court will hear arguments in favor of Happy’s release on the basis that the elephant is a "person" in the eyes of the law, just like corporations may be seen as people. It is the farthest a legal personhood case for an animal has ever gone in the U.S. court system.

Decades ago, drug kingpin Pablo Escobar trafficked several animals to his home in Colombia, including hippos. The hippos not only survived but thrived after Escobar’s death, and their population expanded to 120 hippos, who became the world’s largest invasive species.

Colombian officials planned to kill the hippos, but an attorney filed a lawsuit on behalf of them in 2020, hoping to save them from euthanasia. Experts in the U.S. applied to provide testimony in the Colombian court.

Earlier this year, the U.S. District Court for the Southern District of Ohio granted the application, thereby officially recognizing animals — hippos — have legal rights akin to humans for the first time in U.S. history.

1. Wild rice versus the corporation

Indigenous activists have long opposed Enbridge Energy's Line 3 oil pipeline, which recently replaced its pipeline across Minnesota. But Indigenous Minnesotans are now challenging the company's permit to build in this area.

In the first “rights of nature” case filed in a U.S. tribal court, members of the White Earth Nation argue that the rights of wild rice — known as Manoomin — to “exist, flourish, regenerate and evolve” are being violated by the oil pipeline.

The future of this movement

It’s hard to tell where the movement will go in the United States. Still, it’s gaining steady support across diverse political factions and states, from Florida to Pennsylvania. Further, indigenous leaders continue to push the conversation ahead with court cases like the wild rice in Minnesota.

“If I had to choose a single sort of leader in the rights of nature movement, it would definitely be indigenous governments in the United States,” Bradshaw says.

Experts like Bradshaw are hopeful that these newer “rights of nature” cases will help tackle the planet's biodiversity crisis. Populations of reptiles, mammals, amphibians, and other animals have declined 70 percent since the 1970s.

The United Nations also links biodiversity loss to the growing climate crisis, arguing that governments tackle these twin crises together.

According to the U.N. Environmental Program:

Working with nature to conserve, manage and restore ecosystems — known as nature-based solutions — is one of the most cost-effective approaches to both mitigating and adapting to climate change.

Legal scholars argue: If we can assert the legal rights of nature, we’ll have another tool in our arsenal to protect wildlife, helping address the twin crises of biodiversity loss and climate change.

“People are desperate to radically reimagine the human relationship with nature; we can use new tools to achieve that goal within the next few decades,” Bradshaw says. The stakes couldn't be higher — for both wildlife and humans. “Human survival is completely at risk because there is such widespread biodiversity loss,” she says.