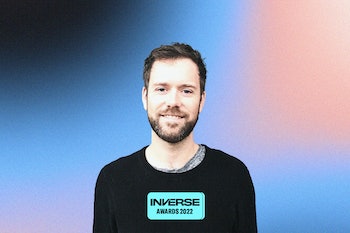 We tend to imagine scientific breakthroughs as dramatic events that enrapture the world in a singular moment in time. Think of the recent nuclear fusion breakthrough or the first image of a black hole that stunned millions around the world

But the reality is that scientific progress often happens gradually with little fanfare or recognition, even if that breakthrough might be happening right under our feet — sometimes literally.

In a paper published earlier this year in the journal Nature Microbiology, a team of researchers analyzed 80 experiments around the world to provide one of the most comprehensive overviews of Earth’s microbiome — the countless microscopic organisms in the planet’s soil ranging from bacteria to fungi.

The team was led by Colin Averill, a lead scientist at ETH Zürich's Crowther Lab. ETH Zürich is a research institute in Zürich, Switzerland. Averil’s group proposed a striking idea: to save our planet, we need to preserve the microbial diversity hidden in these vast soil ecosystems.

“The more we look, the more we find these microbes have a major effect on how ecosystems work. We need to protect it to the best of our ability,” Averill tells Inverse.

Despite growing up in rural Connecticut, Averill only came to study soil later in life when he started caring passionately about climate change in college. While completing his undergraduate degree at Boston University, he worked with biologist Adrien Finzi, who opened his view to the intersections of climate change and forests. He came to a realization: Some of the biggest uncertainties in climate change models weren’t in the plants we see above ground but in the soil lurking under our feet.

“It was just really exciting that there was something that was obviously so important and simultaneously wide open and unknown,” Averill says.

“You have an incredibly complex microbiome in your gut that affects your health. In the same way, so does every ecosystem,”

Averill says our terrestrial Earth system absorbs about 30 percent of the carbon we put into the atmosphere every year, and soil microbes are a big – and often overlooked — part of that equation. Microbes also play important roles, from cycling nutrients through the soil to regulating disease transmission and other functions we don’t fully understand.

“You have an incredibly complex microbiome in your gut that affects your health. In the same way, so does every ecosystem,” Averill says.

Revealing the secrets of the “Wood Wide Web”

The idea that we need to better understand social microbial diversity started taking off in the scientific community in the 2000s with the Earth Microbiome project, which sought to create a “microbial map” for Earth not unlike what the Human Microbiome project did for human bodies.

“So the past three years, my research really pivoted to applying the approach of the Human Microbiome Project to the forests,” Averill says.

Here’s how that works: At a designated site, scientists take several samples of soil across a forest ecosystem and dump them in a bag. After taking it to the laboratory, scientists then sequence the DNA in the sample to learn more about the microbes in the soil and, subsequently, the health of the forest ecosystem.

“We can identify features of the microbiome that predict threefold variation in how fast the trees are growing, how warm and wet these forests are, and all these other things we know are important for predicting forest productivity,” Averill explains.

Averill says the costs of conducting DNA sequencing have gone down significantly in the past decade, enabling scientists to take on more studies and fully understand the Earth's microbiome.

“What's really accelerated this idea is that we now have these really sophisticated tools and DNA sequencing to understand how this works in a way we really haven't been able to before,” Averill says.

For his research, Averill focuses mostly on fungi, which he says live a “dual life” as both macroscopic and microscopic organisms.

“If I showed you a soil sample, you'd look at it and be like, ‘I don't see any fungi.’ But they're absolutely there,” Averill says.

“It was just really exciting that there was something that was obviously so important and simultaneously wide open and unknown,” Averill says.

The fruiting body of the fungus — like the mushroom caps we see above the ground — is but a small fraction of the whole organism, which exists in invisible underground root networks known as mycelia. Mycorrhizal fungi attach to the roots of trees and other plants, creating an exchange of nutrients and water among plants through what many scientists call the “Wood Wide Web.”

Because of the vast forest landscapes around the globe, it’s simply not possible for Averill to travel to every continent to conduct his research. So, he relies on networks of people and scientists to study and sequence the soil, and also co-founded the Society for the Protection of Underground Networks — the first global organization dedicated to the conservation of mycorrhizal fungi. Three years ago, he also began partnering with the ICP Forests program, which monitors forests across Europe.

Through this partnership, Averill obtained crucial soil samples that helped him push the envelope on his microbiome research. Averill says scientists are moving beyond simply comprehending soil ecosystems to trying to save them through soil transplants, potentially accelerating the recovery of entire ecosystems.

A soil transplant works by taking soil from a healthy forest ecosystem — which has a diverse ecosystem of microbes — and transplanting it to a degraded site with less microbial diversity — like a deforested patch of the Amazon or a former agricultural operation. Basically, you plant a tree and add a handful of healthy soil, which brings its microbes to the degraded ecosystem. Averill says it’s a “one-time intervention,” not unlike doing a microbial fecal transplant from a healthy person to a sick one to improve the patient’s well-being.

“It's really amazing because, in some ways, it feels almost obvious,” Averill says.

Microbiome restoration has already had significant impacts across the globe, from healing the lands of former mine sites in Estonia to restoring native prairie in the American Midwest. Averill’s own research has focused on restoring degraded pastureland for sheep in Wales — an area that once used to be a bountiful forest.

“You’re out deep in Wales, and you see just rolling hills and green and sheep. And so it's really exciting to be part of a project to bring bits of those woodlands back to it,” Averill says.

Averill’s research has taken him far and wide across the globe, from the Arctic tundra to the Amazon rainforest. When we spoke, he’d just returned from a field trip planting fungi and trees in the American southeast in the Loblolly pine forest as part of his new startup, Funga, which launched its first projects this year to rebuild microbial diversity into damaged forest landscapes. (As it turns out, one of Averill’s favorite fungi is Suillus, which often crops up when pine forests start regenerating).

Averill’s hope is that Funga can be part of the climate change solution by helping companies meet their net-zero emissions green pledges to limit global warming to 1.5 degrees — a major climate change threshold. To do that, the Intergovernmental Panel on Climate Change says we will need to amp up carbon capture schemes, which remove carbon from the atmosphere. Carbon dioxide is a key driver of global warming.

Carbon capture schemes could involve direct air capture machines that suck carbon out of the air, but it could also entail more inexpensive and natural methods of carbon removal — like rebuilding degraded ecosystems through soil transplants.

“Can we build biodiversity back into that landscape? And by doing so, can we also make these trees grow faster, remove more carbon from the atmosphere?” Averill asks.

Corporations still need to do the work of reducing their own emissions, of course, but to help them cross the final hurdle to becoming fully net-zero, they can buy into Funga’s restoration projects.

“We quantify how much extra carbon gets removed, and we sell that on to the emerging voluntary carbon markets,” Averill explains.

One of the big challenges with soil transplants is scaling them up across the globe without disturbing healthy forest ecosystems too much in the process. It’s a question academia isn’t naturally well-suited to tackle, hence Averill’s turn to the startup world to try to answer these questions through emerging carbon markets.

But Averill’s foray into the startup world comes as both fungi and regenerative agriculture — which involves building a healthy soil ecosystem — are quickly becoming common topics of mainstream media.

“Ten to fifteen years ago, at the beginning of my career, I'd say, I don't think people are aware, and I think that we need to change that — we need to make soil sexy. Now I think a lot of that's changing,” Averill says.

We’re also paying more attention to the need to preserve Earth’s wild biodiversity, which involves all the various species — including fungi — that make up our planet. Just this week, the UN reached an agreement to reverse biodiversity loss and preserve 30 percent of Earth’s land by 2030, helping stem the rapid tide of extinction due to habitat loss and climate change. To accomplish these goals, scientists like Averill say we’ll need to consider Earth’s microbiome, too.

“We're now at this point where I think we can start sort of folding in the idea of microbiome restoration into ecosystem restoration. I think we're really just at the very, very beginning of what's possible,” Averill says.