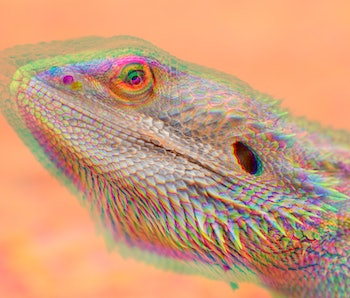 Here’s something Finding Nemo forgot to mention: clownfish can change sex, depending on their social setup.

Sexual plasticity is found across the animal kingdom, from the jungles of Burundi to the tropical waters of the western Atlantic Ocean.

This phenomenon — that ability to live as one sex, then switch to the other — is known as sequential hermaphroditism. Why it’s relatively rare is still a mystery: Scientists say that, overall, the advantages of switching sexes outweigh the costs. After the 2019 discovery that stress causes some fish to change their sex, researchers announced sexual fate “may be inherently plastic in all vertebrates.”

Most recently, scientists discovered heat can cause central bearded dragons to change their sex. Here’s why that is plus the science behind 5 other sex-changing animals.

When it’s hot out, some animals — like your pet dog — pant profusely. Others burrow underground. Some, like elephants, even radiate heat from their ears.

But here’s an even wilder fact: the heat causes some animals to change their sex.

But bearded dragons aren’t alone when it comes to shifting between the sexes. Some animals can switch sexes depending on external factors or for no reason at all.

Scientists have long known about spontaneous sex changes in common reed frogs, a species found in Burundi, Ethiopia, and other African nations.

A 1989 study found that 7 out of 24 of the frog subjects switched from female to male — a specific type of sex change known as protogyny. This reportedly occurs when a population is too heavily skewed toward males.

In more alarming news, humans may also be causing sex changes in frogs. A 2010 study found that the pesticide Atrazine caused sex changes in 1 in 10 frogs, in addition to emasculating three-quarters of the remaining frogs.

As researchers for the Beckman Institute explain in this video, if the dominant clownfish female leaves or gets removed from a group of clownfish, the dominant male will take her place and become female.

Other research shows that the brain may play a strong role in sex change in clownfish. A 2016 study suggests a response in the brain related to the aromatase gene is also associated with sex change.

Much like the bearded dragon, female sea turtles can also change sex depending on the temperature — but only prior to birth.

With global warming, it’s possible that “complete feminization of this population” is possible, write the researchers — foreboding news for the future of the species.

Slipper limpets, a type of sea snail also known as the common slipper shell, change sex from male to female as they grow older.

This sex change can also be an evolutionarily beneficial strategy. According to a 2019 study, bigger male slipper limpets with the potential to reproduce with a female will delay changing sex — while an isolated, smaller male will often transition more quickly.

On the other hand, contact between two males can produce surprising sex changes. A 2015 study found that, when two male slipper limpets are in contact, the larger male will transition to female more quickly than the smaller one.

Bluehead wrasse employ a unique survival mechanism, or “alternative male strategy,” according to a 2006 study.

The fish start off and reproduce as female, but then shift to being male following successful reproduction.

It seems like the sex change comes with a few behavioral changes as well. A subsequent 2013 study found that the bluehead wrasse “exhibits rapid increases in aggressive and male-typical courtship behavior as females undergo sex change.”