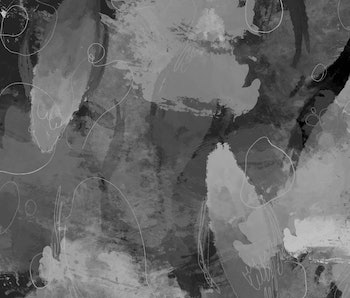 How well do you know the fish you buy? Could you identify the species before it’s a fillet that you pick up in the supermarket aisle? If so, according to our new research, you’re actually more knowledgeable than most European consumers.

You can test yourself by trying to name these six commonly eaten fish:

Once you’re done – no cheating – check the answers at the bottom of the article. If you managed to identify at least two species correctly, then you’re already ahead of most British and Belgian participants in our study and on par with the European average. If you named more than three, you scored higher than most of the people we interviewed.

So why are people so estranged from the food they eat? Well, it doesn’t help that seafood sold as a particular species might be something else. New scientific tools for determining the genetic origins of produce, such as DNA barcoding, have revealed that seafood mislabelling is rampant worldwide.

A recent review found that well over one-third of seafood samples from restaurants, shops, and fishmongers in more than 30 countries belonged to different species than the ones they were labeled as. It wasn’t until we discovered over 60 different species of fish were being sold globally under the name “snapper” that we suspected something was off. It seems the vast majority of people buying snappers wouldn’t know such a fish if it bit them on the thumb.

We reasoned that this was probably true for a lot of other popular fish species. But no research had ever estimated the average person’s knowledge of the fish they buy and eat. So, we set out to determine the level of seafood literacy among consumers in Europe.

Most of the participants in our study struggled to identify even cod and salmon, and in a few cases threw out wild guesses, such as goldfish, stickleback, piranha, and tiger shark.

This isn’t too surprising – most of us are detached from the sources of the food we eat, and fish don’t tend to roam our parks and gardens. But it may not bode well for the seafood industry or fish stocks. Previous studies have shown that people are more likely to care for a common species if they can identify it.

A glimmer of hope

Amid generally poor fish literacy, there were some encouraging geographic patterns. People from more northern countries, such as the UK, Ireland, and Belgium, had an easier time identifying cod and salmon because these fishes have long been a mainstay of their markets. Likewise, people from Spain, Italy, and Greece were better at identifying anchovy, sole, and sea bass.

Despite increasingly globalized supply chains – which ensure, for instance, that seabass farmed in the Mediterranean is stocked in supermarkets across northern Europe – European consumers still seem to show the legacy of an earlier era, when seafood was sourced from the closest coast. This suggests that people haven’t become completely detached from the food they consume, and instead retain some awareness of regional seafood.

A public education campaign could build on this and reconnect more people with the species that form an important part of their diets. More knowledgeable consumers could in turn be better at making informed choices in shops and restaurants and become less vulnerable to seafood mislabelling and fraud.

Knowing more about the seafood we eat could also equip people with a better understanding of the conservation challenges in each fishery – an important step towards safeguarding a sustainable seafood industry for generations to come. Now then, how many species did you guess?

This article was originally published on The Conversation by Stefano Mariani and Marine Cusa at UCL. Read the original article here.