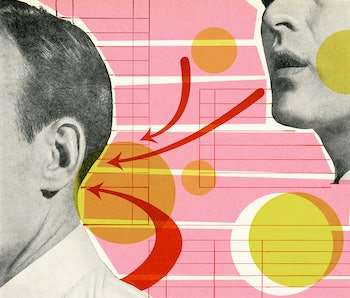 In every relationship, one factor can make the difference between growth and stagnation: feedback. Feedback shapes daily experiences and long-term outcomes.

And yet, organizational psychologists say we are actually very bad at giving feedback to others.

A 2019 Gallup report found that only 26 percent of employees strongly agree that the feedback they receive helps them do better work.

Giving helpful feedback is tricky to get right.

People can soften constructive criticism so much that it is confusing or leaves out critical information. Others bluntly toss out critiques in a way that shuts down the person on the receiving end, and in turn, stunts their growth. Some monitor others’ behavior so closely and overload them with suggestions that they actually disengage.

I’m Ali Pattillo and this is Strategy, a series packed with actionable tips to help you make the most out of your life, career, and finances. This week, we explore how to give better feedback based on the latest behavioral science.

Approaching feedback with a focus on future goals rather than past mistakes, and actively asking to give or receive feedback, can help make difficult conversations easier.

“What you really want is an open, honest, two-way dialogue that strengthens relationships rather than one-way instruction and criticism,” Gallup researchers Ben Wigert and Nate Dvorak say.

Feedback loops — In the realm of psychology, feedback is conceptualized as information provided by an agent such as a teacher, boss, peer, book, parent, the self, or an experience regarding aspects of one's performance or understanding.

It’s that end-of-year report card, mid-quarter review, sobering check-in with a friend, or mind-blowing book that shifts beliefs or behavior in a learning context.

Receiving feedback often sparks a flurry of human emotions rather than a rational examination of the facts. That’s because criticism -- no matter how small -- is often perceived as a social threat to self-esteem and positive conceptions of identity.

“As decades of psychological theory and research have demonstrated, people have endless cunning tactics at their disposal for remaining positive in the face of criticism,” Robert Nash, a psychologist at Aston University who studies feedback and its effects, wrote in BBC Future in 2017.

“For this reason, rather than us welcoming feedback with open arms, our first response is often a defensive knee-jerk. These reflexes serve to make us feel better about ourselves and yet, almost paradoxically, they also shine an unflattering spotlight on our insecurities, character flaws, and unpleasant attitudes.”

Ask first, give second— According to NYU psychologist and feedback expert Tessa West, one way to transform dreaded feedback into something productive is by asking to give or receive feedback rather than wait for feedback to arrive unprompted.

This approach can shift organizational culture toward continuous improvement. It also helps increase feelings of autonomy and certainty, and is a whole lot less stressful than receiving feedback unsolicited. It also enables people to have regular feedback conversations more often, which prevents mistakes and spurs innovation.

“Our research on perceived leadership shows that you shouldn't wait for feedback to be given to you -- what we call push feedback -- but rather, you should actively ask for feedback, what we call pulling feedback,” psychologist LeAnne Renniger explains in her 2020 Ted video, “The secret to giving great feedback.”

“Pulling feedback establishes you as a continual learner."

“Pulling feedback establishes you as a continual learner and puts the power in your hands.”

After reviewing decades of research studying the feedback dynamics of teachers and students, psychologists John Hattie and Helen Timperley suggest these three questions to ask when requesting feedback:

These questions help ground the conversation in the future rather than fixating on the past. They also offer action items to move forward and grow. On the flip side, if you are giving feedback, think through what these questions mean for the recipient.

Ultimately, “feedback is one of the most powerful influences on learning and achievement, but this impact can be either positive or negative,” Hattie and Timperley say.

Feedback may never be easy. But employing these insights can help make even the thorniest of conversations a little less painful and more productive.

More like this
Mind and Body
5.5.2022 3:00 PM
Four low-key psychology hacks to increase life satisfaction for good
By Ali Pattillo
Mind and Body
5.17.2022 11:00 AM
First-of-its-kind study reveals transgender children are extremely unlikely to retransition
By Nick Keppler
Mind and Body
5.14.2022 11:00 AM
How to treat adult ADHD: A psychologist explains medication and more
By Laura E. Knouse and The Conversation
Related Tags
Share: