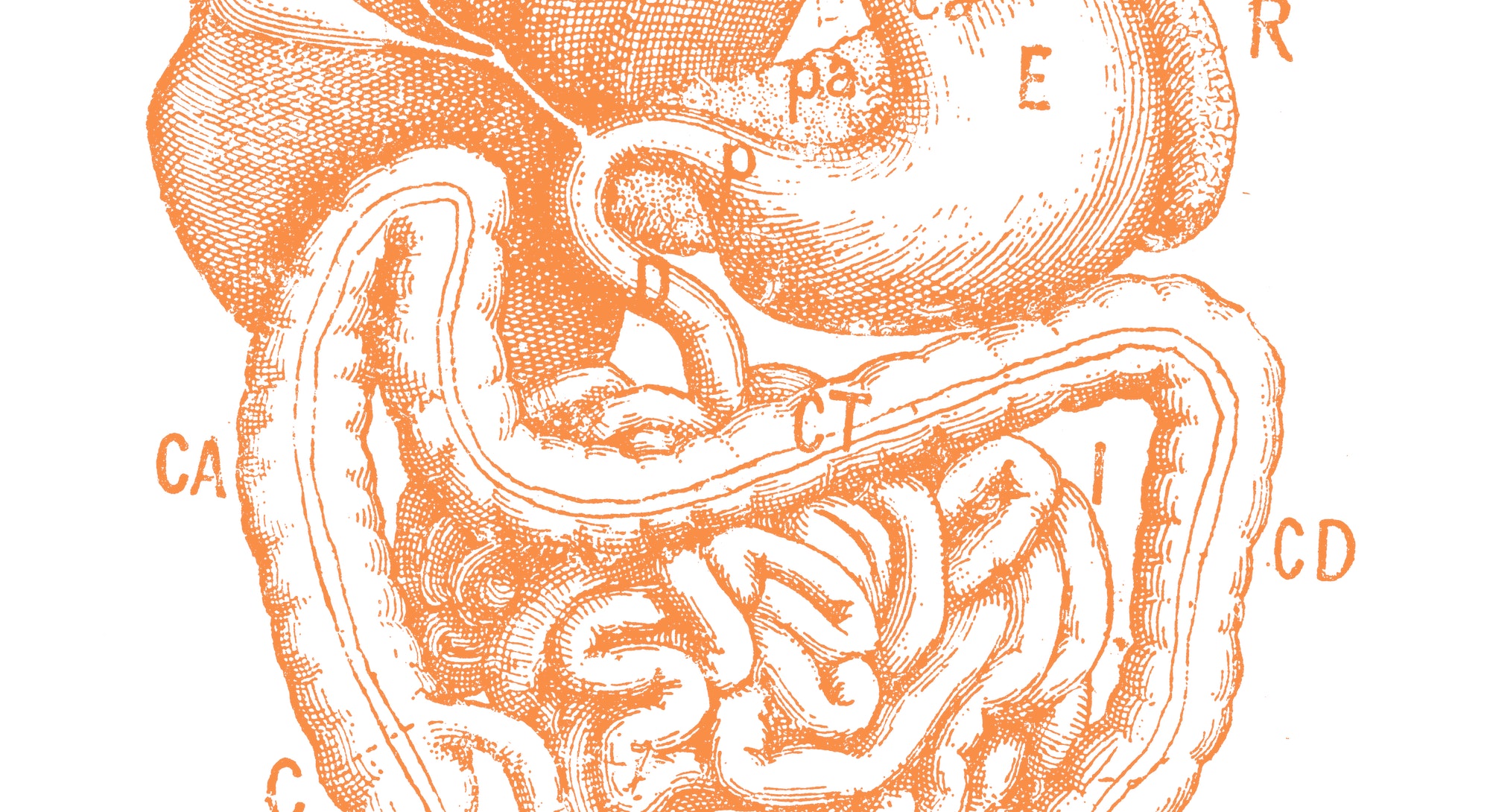 In the war on wheat, William Davis is the commander of a battalion on the front lines.

The Milwaukee-based cardiologist’s 2011 book Wheat Belly along with 2013’s Grain Brain by David Perlmutter, both New York Times best-sellers, were twin bombshells that some argued took up the war against the world’s most abundant crop after the Atkins diet fell out of fashion in the ‘90s.

Inspired by Davis’ own experience of losing 30 pounds and improving his energy after eliminating wheat from his diet, Wheat Belly argues the grain “provokes inflammatory phenomena, distorts insulin responses, and issues abnormal metabolic signals to the rest of the body.” Davis chalks up conditions ranging from diabetes to arthritis to schizophrenia to a 20,000-year-old mistake: harvesting wheat.

Critics say Davis’ ideas “are based on shaky science,” that they “cannot be substantiated based on published scientific studies,” and they “ignore the bulk of the science [and] exaggerate the truth.”

Davis shot back with a 2017 manifesto titled Undoctored — and he is launching a new offensive with Super Gut, a book that offers a guide to ‘maximizing’ health by cultivating the gut microbiome of a (pre-wheat) ancient human.

“​​It's eating real food, not things from Nabisco, General Mills, and Duncan Hines,” Davis tells Inverse. “It's eating things like meat. Eat the fat. Save the carcass, slow cook it, or put it into soups or stews.”

Inverse: For people who are new to the concept, what is the human microbiome?

William Davis: People think of human bodies as being nothing more than human. But the truth is we are crawling every nook and cranny with trillions of microbes.

This discovery is quite new. Scientists are still in the early stages of understanding microbiomes’ role in health. Given how new all this is, how do you base a whole diet on it?

There is one microbe I like to play with, it's a prototype for what we're doing. It's called Lactobacillus reuteri. Best evidence is 96% of us have lost this very important microbe. When you restore it, wonderful things happen. One of the things it does is boost the release of oxytocin from the brain. That, in turn, has all sorts of interesting effects. It can smooth skin wrinkles, increase dermal collagen, it restores youthful muscle because we lose about a third of our muscle as we age. It deepens sleep.

“We ferment for 36 hours, which allows the microbe to double 12 times.”

It preserves bone density. In an age of record social isolation, divorce, and suicide, we restore oxytocin, and people tell me, “I like my family better. I like my coworkers better. I introduced myself to strangers in line for coffee at Starbucks.” So there's a restoration of empathy and concern for other people.

One of the things we do is make yogurt. Not conventional yogurt. Conventional yogurt is a four-hour commercial process. These are my methods. We ferment for 36 hours, which allows the microbe to double 12 times. If you allow them to double once, you'll get so much, allow them to double 12 times or for 36 hours in this case, and you get — we did flow cytometry on these yogurts, and we got 260 billion counts per half-cup serving. And that's what gives these exaggerated, almost extravagant effects. You can do that with numerous microbes, you can cultivate microbes. It doesn't have to be yogurt, yogurt just happens to be a very friendly way to do this. But you could cultivate Lactobacillus gasseri and it shrinks your waist; no change in diet, no exercise, no push. It shrinks your waist by about an inch over three months.

I tell people it's 1982, and you and I have a Commodore 64 computer and we're playing Pong. We haven't yet foreseen the incredible things coming out of technology. That's where we are with the microbiome.

There's lots more to learn as many new things to do. Oxytocin came from MIT, from a cancer group trying to understand whether reuteri had some anti-cancer effects. But they noticed that the mice grew thick luxurious fur, as they called it, and they explored further. They documented a whole range of effects including acceleration of healing, increased hair growth, thicker dermal, increasing dermal collagen, restoration of youthful muscle. So all of those effects I told you about were first seen in mice, not all of it, but much of it corroborated in humans, we have our own clinical trials to corroborate. So there's actually a lot more known about the microbiome you don't hear about in mainstream media.

So where do you hear about it? Where would I look?

Well, you'd have to search for it, of course, like in PubMed, but if you entered in your search for the terms like reuteri, oxytocin, and maybe bone density, you'd see that there's a clinical trial performed that showed that ladies who got reuteri had half as much bone loss as ladies getting a placebo. So it's not as if we're in the vacuum of research, there is a wealth of research for those cells. The study with preservation of muscle with bacilli is published in humans. The gasseri effect that reduces waist circumference is two human clinical trials.

There's also another aspect of the thing I'm trying to advocate here: the restoration of microbes we've lost. You and I are exposed to antibiotics, herbicides, pesticides in our food. Glyphosate is everywhere. It's an herbicide, but it's also a very potent antibiotic. We all have glyphosate in us. So we're all exposed to this potent antibiotic. So for a variety of reasons, modern humans have disrupted their microbiome, including the loss of numerous species, such as reuteri and many others.

It's harder to show what you've lost than what you have, right? But little by little, it's becoming clear. We've lost “keystone microbes”; foundational, important microbes.

Can you give me a preview of Super Gut? What’s the diet you're recommending here?

​​It's eating real food, not things from Nabisco, General Mills, and Duncan Hines. It's eating things like meat. Eat the fat. Save the carcass, slow cook it, or put it into soups or stews. Vegetables, of course. Healthy oils: extra virgin olive oil, coconut oil. There's no calorie restriction. Calorie restriction is a very destructive process.

What's surprising is how much of the science is already performed, but it's not widely talked about. There are several studies now looking at a very simple question: What happens to the gallbladder when you cut calories and/or cut fat? Which is commonly done, right? Cut your calories, push the plate away, all that business. What happens to the gallbladder when you do that? Well, this has been done. Ultrasound of the gallbladder days zero, day 30, day 60, day 90, very simple. And then you put somebody on a low-calorie diet, low-fat diet, or both. A shocking number of people develop gallstones. Depending on the mix of participants, as many as 55 to 62 percent of the ladies develop gallstones within a three months period.

Relatively little is known about the composition of the pre-industrial gut. Why are you so confident that this missing microbiota is so critical?

So as you point out, you could use coprolites, that is fossilized fecal matter, which is flawed. It's fecal matter, it's mixed in with other things, other microbes, other animals have touched it. So there's only a limited amount of that stuff. The best data comes from an examination of the existing current indigenous populations, like the Yanomami in the Brazilian rainforest, or the Matsigenka in the highlands of Peru, or the Hadza in Tanzania, or the Maasai in Keny. So when these populations' microbiomes have been looked at, they're completely different from ours.

Also read: The “disappearing” human microbiome — and the fraught push to preserve it

Even more interestingly, despite being separated by 1000s of miles, different continents, they all look very similar to one another. So the presumption is that this represents so-called Stone Age microbiome. In other words, why would the microbiome of somebody in the Brazilian rainforest be almost identical to the microbiome of somebody living in Tanzania in Africa? So the logical conclusion would be this must be the current version of the microbiome as preserved from Stone Age times. And that their microbes are completely different. They have species we don't have, we have species they don't have. They have virtually no constipation, hemorrhoids, ulcerative colitis, Crohn's Disease, colon cancer, type 2 diabetes, obesity, schizophrenia, psoriasis, etc. They have other problems. They have Dengue fever, malaria, worm infestations, infections, and injury. But anthropologists call the diseases we have "diseases of civilization," and they have virtually none of the diseases of civilization. Isn't it shocking that we don't make more of that? What are they doing right that we're not doing?

Why do you think there's been so much pushback to your work?

Well, because so many people have their entire careers based on wheat. It's like. The tobacco executive with two kids in college and a mortgage to pay is not going to stand up and say, You know what, we actually do have the evidence showing that cigarette smoking causes heart disease and lung cancer. We've had it for 25 years.” You're not gonna have a tobacco executive admit that same thing here. And the grain industry is a huge trillion-dollar industry that permeates all aspects of society.

Some of your advice has gone beyond wheat and grains. You've made some blanket statements about the necessity of prescription drugs. I saw one blog post that you wrote that the notion that prescription drugs are necessary for health is a patent absurdity. You also have a book that encourages people to "become smarter than your doctor." I mean, without knowing who you're talking to, is it dangerous to encourage people who may need medical care to reject the expertise of their own physicians?

You're right, there are people who don't have the intelligence to manage their own health. People would come to me and say, "Hey, I told my doctor, I was gonna do the Wheat Belly lifestyle," and my doctor said, "If you do that, plan on your heart attack, so I'm going to give you Lipitor." And so the person — this happened thousands of times — said, "I'm gonna do it anyway. I'm not taking Lipitor. I'm just going to give it a try."

“The grain industry is a huge trillion-dollar industry.”

And so what I saw was, just given a handful of common-sense strategies, such as reverting back to the diet that humans were evolved to follow, not the modern version of diet, replacing nutrients lost because of modern habits, like the magnesium loss and drinking water doing that, and it's an astounding return of health for the vast majority of people. But it was accomplished without your doctor. In fact, it was accomplished in spite of the doctor.

You’ve said doctors are motivated by greed, but isn’t that just a blanket statement? We've got about 900,000 active physicians in the U.S. and you can't trust any of them?

No, of course not. There are great naturopaths. There are great integrative health and functional medicine practitioners. There are occasional mainstream MD who understands the system is corrupt and that he's doesn't have that much power to change it. So I'm generalizing.

You're right. I'm generalizing. But as a whole, the healthcare system is broken. It is horribly broken. And my real regret is that I don't have a solution except to say to people, “Here's a set of strategies that can restore magnificent health in fairly short order. And you can do this without your doctor.” In fact, the only time you need your doctor is to help you get off the medication you're on.