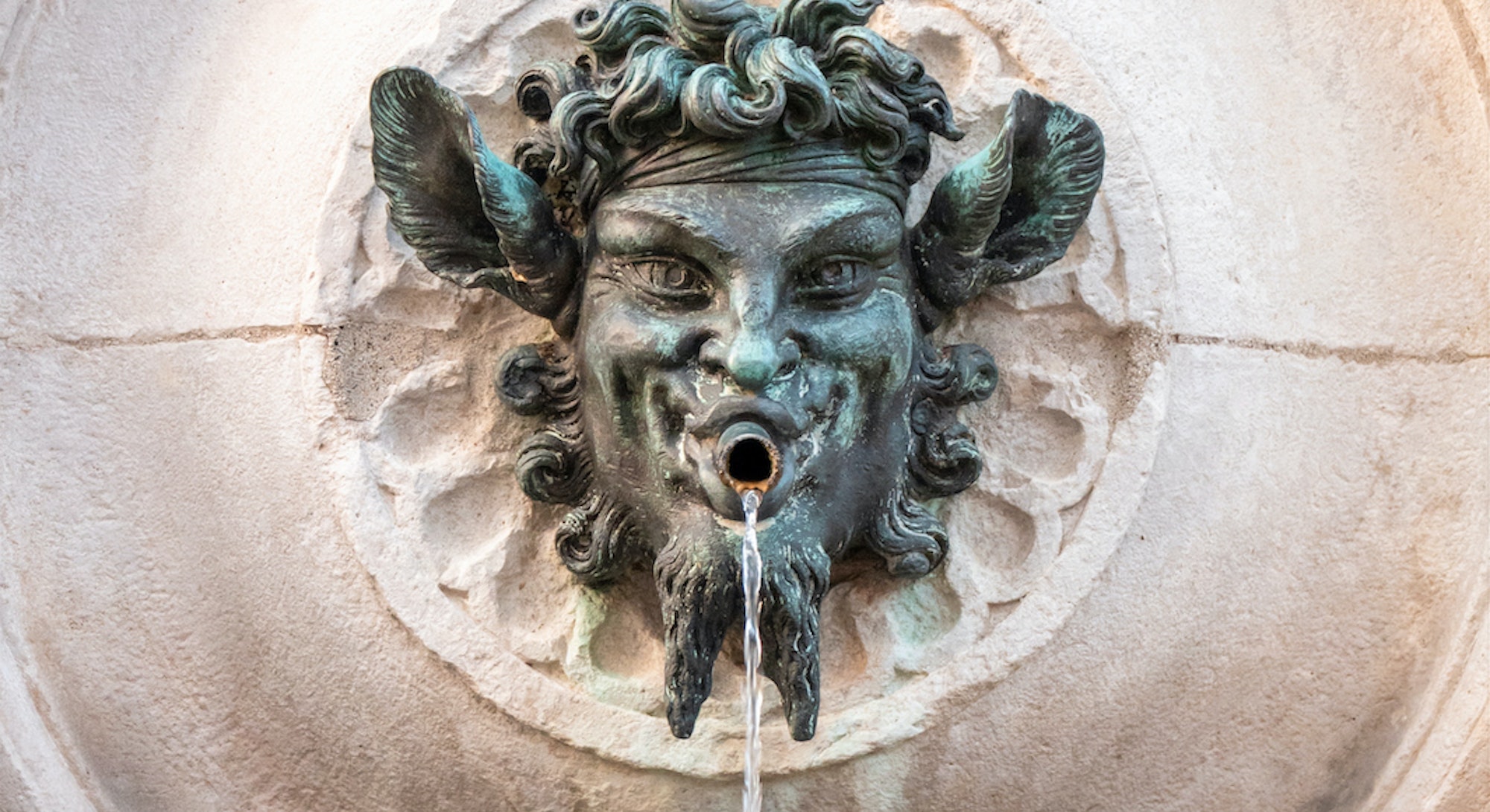 Spit or swallow may be one of the oldest debates in human history — right alongside the chicken and the egg — but is it possible the answer could be revealed by science?

In March 2021, a TikTok made by user nut.engineer was making the rounds. The video shows a young woman with black hair wearing large square-ish glasses and red lipstick. “Stop scrolling,” she commands. “Did you know consuming semen actually denatures the protein in your brain cells?” She ends by claiming to be a “neuroscience major” who knows what she is talking about and to follow her on TikTok for more facts about your brain.

Denaturing might sound like a scary thing you don’t want happening to your brain, but on closer inspection, it doesn’t totally make sense. Put simply, denature means to “change the nature of” an object permanently. For example, when you cook a steak, you’ve denatured it — your well-done steak can never go back to being raw beef. By definition, denaturing your brain isn’t necessarily a bad thing, it’s just different. Then again, it could technically be as dire as every single neurological connection in your brain being severed.

Nut.engineer doesn’t explain what she means or offer any proof for her hypothesis. The video’s unhelpful caption simply reads, “Spit 😜.” In several other TikToks, she offers similar “health tips” followed by a statement that she is an expert in everything from nutrition to physics. Inverse reached out to nut.engineer for clarification on her many alleged degrees but we did not receive a response.

However, these videos are still up and have cumulatively been viewed over three million times. So we set out to investigate nut.engineer’s most egregious claim: Is semen bad for your brain? And depending on the answer, should one spit or swallow when providing oral sex?

What even is semen?

“Not everyone who ejaculates is climaxing and not everyone who climaxes, ejaculates,” Tatem tells Inverse. More importantly, there is a common misconception that semen and sperm are one and the same. “Sperm makes up less than five percent of semen. The rest is fluids and nutrients needed to sustain the sperm.”

Dr. Jessica O’Reilly, a sexologist from Toronto, adds that semen is primarily made up of water but also includes fructose, vitamin C, magnesium, zinc, potassium, and other ingredients in small quantities.

“The amount of ejaculate is about half a teaspoon on average, varying from person to person,” O’Reilly says.

So if semen is just made of water, fructose, and sperm, and we really only swallow less than a teaspoon at a time, is it capable of denaturing the proteins in the brain?

Portland-based OBGYN, Dr. Jennifer Lincoln says it's not that simple.

“I don’t think we have to worry about swallowing ejaculate.”

The BBB will not allow semen to go through to the brain, says Dr. Tatem. “It has to pass through the intestinal wall, which it will not sustain.” While semen contains substances like water and fructose that can make their way to the brain, semen in its entirety gets digested before that can happen.

According to Dr. O'Reilly, unless you have an allergy, semen is generally safe to ingest.

“I don’t think we have to worry about swallowing ejaculate,” she says, “especially given its very low volume.”

But believe it or not, in addition to the reproductive benefits, scientists have looked into the potential benefits of swallowing semen.

Is swallowing semen good for you?

Pleasure (however you define it) is likely the greatest potential benefit, says Dr. O'Reilly. And sex therapist Dr. Laurie Mintz tells Inverse that semen is full of chemicals that can actually be good for your brain.

“Present in the semen are mood-enhancing compounds such as cortisol, estrone, oxytocin, thyrotropin-releasing hormone, prolactin, melatonin, and serotonin,” she says. “For this reason, scientists have begun studying the health benefits of semen intake, both orally and vaginally.”

In a study published in 2002 by State University in New York, Albany, it was found that semen was antagonistic to depressive symptoms. A study of nearly 300 sexually active college women found exposure to semen, specifically, having sexual intercourse without a condom — was associated with lower levels of depression and fewer suicide attempts as compared to women who occasionally used condoms, women who always used condoms, and women who abstained from intercourse.

Dr. Gallup, the lead author, tells Inverse that “within an hour of being inseminated, some of the ingredients of seminal fluid pass through vaginal epithelial tissue and appear in the women’s bloodstream” causing an antidepressant-like effect.

Scientists from the Department of Immunohematology and Blood Bank in the Netherlands have also hypothesized that swallowing semen reduces the risk of pre-eclampsia. In the paper, they say “The present study shows that oral sex and swallowing sperm is correlated with a diminished occurrence of preeclampsia.”

But Dr. Lincoln says we need to be wary of studies like this. “I think it's a fascinating hypothesis, but unfortunately so far has not been proven. More research is needed!”

O’Reilly adds that while there have been studies linking semen ingestion with boosted mood, reduced risk of pre-eclampsia, and induced ovulation, the relationships are correlational, so any conclusions with regard to causation (i.e. swallowing semen wards of depression) are theoretical.

It’s really up to you, says Dr. O’Reilly.

It’s important to note that swallowing semen comes with risks of its own. Particularly, sexually transmitted diseases.

According to Dr. Mintz, “There is one massive risk and that is catching an STI, including the human immunodeficiency virus (HIV), hepatitis B and C, herpes, and chlamydia. Of course, the risk of catching an STI via oral sex is higher if there is an open sore in the mouth or if a person has gingivitis and bleeding gums. According to the United States Centers for Disease Control and Prevention, hepatitis B can also be transmitted through contact with infected semen if an open sore is present in the mouth.’

Further risks include allergic reactions to semen. Human seminal hypersensitivity is very real but very rare, Dr. Tatem says. While it is not fatal or life-threatening, it is possible to have localized reactions.

So whether you want to swallow or spit, always assume a risk — just not a denatured brain, whatever that means.