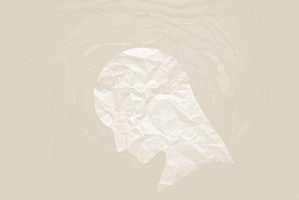 people with severe mental illness are 3.6 times more likely to live in the most socially deprived areas than the average.

People with severe mental illness, such as psychosis or bipolar disorder, live on average 15-20 years less than the average person – which is one of the key health inequalities people face in the UK and worldwide. But although programs and initiatives have been created that aim to help people with severe mental illnesses take control of their health, these targeted interventions often fall short.

One major reason that people with severe mental illness live shorter lives on average, is because they’re more likely to suffer from physical health conditions. Not only does research show they’re twice as likely to have obesity, diabetes, or chronic obstructive pulmonary disease, they’re also 1.5 times more likely than the average person to have heart disease.

But socioeconomic status also has a major effect on how likely a person is to develop these conditions, including those with severe mental illnesses. Socioeconomic disadvantage – such as having lower income, receiving less education, or living in a deprived area – are all shown to be caused in developing chronic health conditions.

Not only does socioeconomic disadvantage appear to be a risk factor for developing mental disorders, but research also shows that people with severe mental illness are 3.6 times more likely to live in the most socially deprived areas than the average.

Studies show that people living in deprived areas are also four to five times more likely to engage in unhealthy behaviors such as alcohol misuse, smoking, and having an unhealthy diet. All of these can lead to a range of long-term physical conditions, such as cancer or cardiovascular disease. On top of this, people with severe mental illness are also more likely to engage in risky behaviors that can lead to severe health complications.

Around 40% of adults with severe mental illness smoke, compared with just 15% of people in the general population. They’re also three to four times more likely to misuse alcohol or drugs. However, these behaviors might reflect attempts to self-medicate. For example, people sometimes choose to smoke after starting new medication in order to counter the effects of the drug on their metabolism and decrease their appetite. Research does show that nicotine can increase how quickly your body processes antipsychotics, potentially reducing the intensity of their side-effects.

People with severe mental illness are also more likely to have an unhealthy diet. This might be because medications can affect appetite and energy levels. One study found that people gained 12kg on average in the first 24 months after their diagnosis.

National guidance has been created which outlines how to help patients with mental illnesses improve their health. However, studies have shown large variations in whether these interventions are being offered by healthcare providers.

It’s unclear why these differences exist, but earlier research suggested staff members didn’t have enough support to follow these guidelines and put them into action. The lack of coordination between physical and mental healthcare systems might also be to blame.

But recent research shows that methods for quitting smoking are as effective in people with severe mental illness as the general population. And, tailored interventions that provided extra support to people with schizophrenia and bipolar disorder (such as longer sessions to prepare for quitting, and home visits) appeared to improve quit rates.

Managing weight is also key to reducing the early risk of death from health complications. One review found that nutrition interventions – including group nutrition classes, help with shopping, and cooking classes – reduced weight and body mass index. But attempts to replicate these results have failed in larger, high-quality trials for reasons that remain unclear. Weight loss can be challenging, as people may not know how to prepare healthy meals or exercise properly. It may also be difficult for people to travel to get fresh foods or take part in an exercise class while managing their mental health.

Personalized approached might be more effective, as unhealthy behaviors can cluster together. For example, if a person misuses alcohol, they might smoke too. Targeting these behaviors at the same time might lead to greater improvements than targeting them alone – but the reverse might also be the case. For example, one study found that people who improved their diet or increased their level of physical activity were less likely to quit smoking.

New approaches – such as analyzing data collected by treatment services to track progress, using digital technology during interventions, and even promoting interaction with nature – are some ways that might help improve the physical health of those with severe mental illness. People with severe mental illness are also increasingly working alongside researchers as partners to provide input and share their experiences – rather than simply being study participants that are observed to collect data. This is important for making sure research delivers meaningful evidence that has real-world use and benefits.

But the problem with the severe mental illness label is that most studies have combined data on physical health risks for different mental health conditions (including psychosis, schizophrenia, and bipolar disorder). This fails to examine whether different conditions carry different risks.

It will be important for future research to work alongside participants with severe mental illness during high-quality trials to better understand what methods can help tackle this major health inequality.

This article was originally published on The Conversation by Nick Meader and Hollie Melton. Read the original article here.