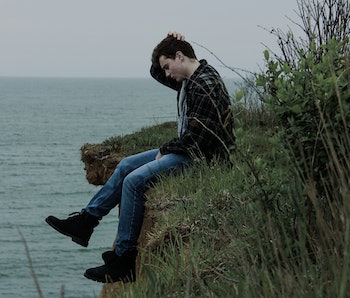 We’re all familiar with menopause, the time in a woman’s life when sex hormones start to decline. Men also experience declines in their sex hormones — sometimes described as a kind of “male menopause.” Although the two conditions seem similar, there may be a darker side to watching hormone levels plummet for men that doesn’t always come with getting older.

Testosterone Deficiency Syndrome, which is the drop in testosterone as men age, is already well documented, but “male menopause” doesn’t always have to be age-related. Instead, low testosterone can affect men of any age, and have some pretty devastating effects on health, which psychologist Ian Kerner recently described in a guest piece published by CNN:

“In my practice, I’ve noticed that an increasing number of younger guys are complaining of sexual concerns, such as diminished libido and erectile problems, more commonly seen in older men…This isn’t purely a lifestyle issue; these factors are also possible causes of low levels of the hormone testosterone, which can influence sexual function.”

There is some population-based research to back up Kerner’s observations. In a paper published in April in Scientific Reports, Mark Peterson, PhD, an associate professor at the University of Michigan Medical School found that 30.8 percent of men in his 2,161 person sample had testosterone levels that were low for their age. In particular, he found that 22.6 percent of men between 20 and 39 had low testosterone levels.

While the study didn’t consider the possible sexual repercussions that Kerner describes, researchers did find that low T levels seemed to put men at risk for nine different chronic conditions, including type II diabetes and cardiovascular disease. In the youngest group, between the ages of 20-39, men with low testosterone had a 23 percent higher prevalence of these conditions than men with normal testosterone levels. These conditions aside, other research has linked low testosterone levels in men to depression as well.

Chronic disease can strike no matter how old you are, although the risk of chronic disease tends to increase with age, according to the study. But because there is evidence that drops in testosterone don’t always have to do with age, it’s worth taking a look at what might be behind testosterone deficiency in younger men, Peterson explained:

“A lot of men may not be aware of the risk factors for testosterone deficiency because of their current lifestyle,” Peterson said. “And more importantly, that declining levels could be contributing to a silent decline in overall health and increased risk for chronic disease.”