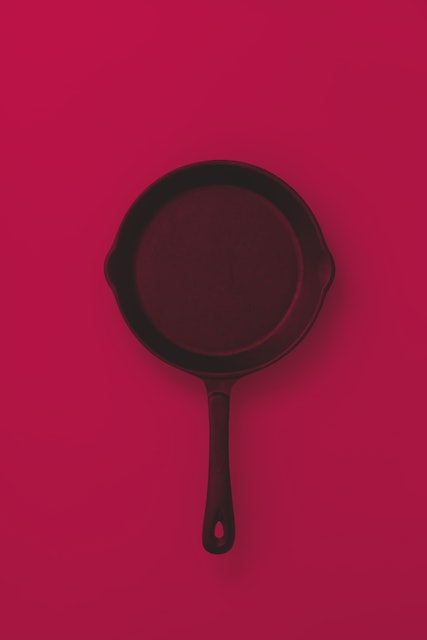 The secret to a long life isn’t sipped from the fountain of youth or hidden in a mushroom deep in the forest. It’s not even a code to be “hacked” by anxious billionaires in Silicon Valley. Longevity might hinge — at least partially — on a decidedly less fantastical thing: iron.

Before you go buy iron supplements or tuck into a steak, know this: Your genes may have more influence than anything you put into your body when it comes to how iron relates to longevity. But somewhat counterintuitively, the science does seem to lean toward too much iron being a bigger problem for age-related issues than too little.

“Of course, when you eat a lot of red meat, your iron can also be higher. But the question is if that is directly related,” Joris Deelen tells Inverse. Deelen is a research group leader at the Max Planck Institute for Biology of Ageing in Germany. “We cannot say that if you have a high iron intake that that is also directly related to your mortality,” he says.

“It was quite clear from our data that genetic variation that is associated with iron metabolism is inversely associated with longevity and lifespan,” Deelen says. He is the senior author of a recent study published in Nature Communications that found longer-living people share certain genetic traits in common.

SCIENCE IN ACTION — In Deelen’s team’s study, the researchers compared vast genetic datasets involving hundreds of thousands of European-descended and British individuals. They used a technique called a “multivariate genomic scan” to pick out certain genetic “loci” — regions in an individual’s genome — that correlated strongly with three factors:

Individuals who had these three traits of long, healthy lives also tended to share ten genetic “regions of interest” in common. Within those ten regions, certain gene variations emerged as particularly significant — specifically, these genes relate to the risk of cardiovascular disease and how well the body metabolizes heme. Heme is the name for the kind of iron found in animal flesh, aka meat products. The results suggest that the better your body is at regulating iron levels, the longer you are likely to live.

HOW THIS AFFECTS LONGEVITY — It’s hard to say how, exactly, the iron we ingest from food, base iron levels in our blood, and our genes all interact, and in turn, how all this relates to longevity. Deelen’s team, for example, looked only at genes and didn’t consider how the environment — for example, one’s diet — might change how well iron is regulated in the body and how that affects longevity.

What is clear is that iron plays a larger role in aging and longevity than you might think. Deelen’s study is not the first to link iron and age-related diseases: A study published shortly before this one, for instance, shows evidence for a relationship between iron accumulation in certain regions of the brain and chemical markers of Alzheimer’s disease, known as tau proteins.

WHY IT'S A HACK — It may be that how efficiently your body regulates iron levels is pre-programmed into your genes. Whether or not you can boost your chance of a long life with just the right amount of dietary iron is ultimately unclear.

But knowing iron plays an outsize role in aging may be the tip-off you need to start monitoring your iron levels a little more closely.

We know that too little iron can cause health problems like anemia — and too much can lead to iron toxicity, a less common, but still possible problem. Ultimately, Deelen suggests that erring on the side of caution when it comes to taking in iron is best.

“We conclude from the genetic perspective that it seems that for most people, it's beneficial to lower your iron a little bit. But it doesn't say that it's for everybody,” Deelen says.

It’s possible to get genetic testing that can flag your risk of developing conditions that lead to low or high iron levels, Deelen says.

“It is possible that people go to a clinic, get their genetic information, and then see if they are prone to this,” he says. But it’s also likely, he adds, that if you are deficient in iron, you are already experiencing the physical signs of very low iron — and the same is true for having too high iron levels. Anemia, for example, is characterized by fatigue and lightheadedness. Too much iron build-up can result in liver problems and other issues.

The takeaway is that it is likely not a good idea to overload on iron supplements and red meat. One of Deelen’s co-authors, Paul Timmers, says in a press release accompanying the findings that the results could help explain the link between eating lots of red meat and cardiovascular disease.

On the other hand, foods rich in iron like shellfish, lentils, spinach, and nuts may help keep the mineral at healthy levels in the body. Pump some (dietary) iron — but don’t overdo it.