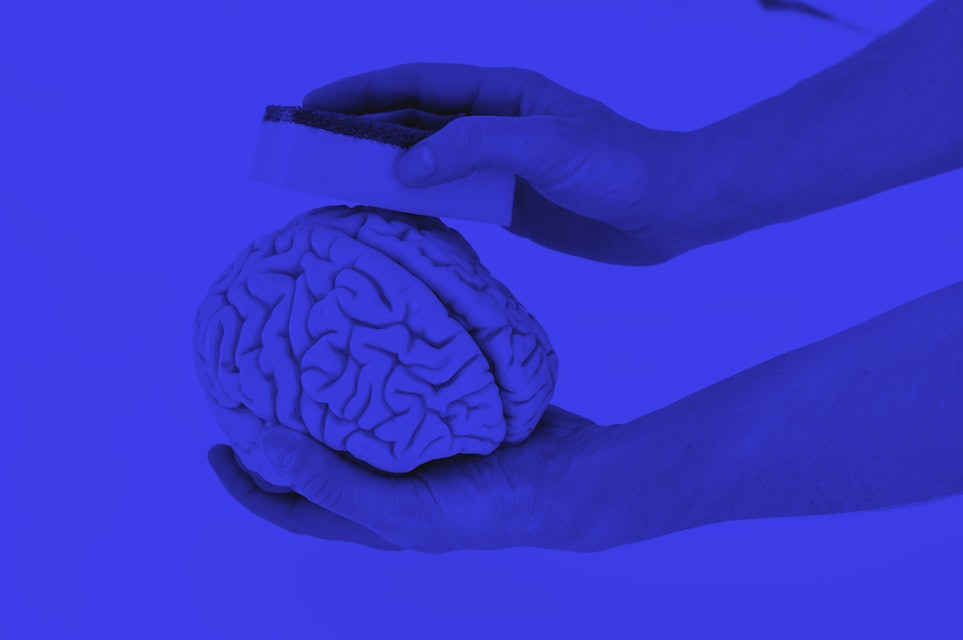 As the number of coronavirus cases around the world surges past 100,000, public health experts are working around the clock to combat it.

While scientists are concerned with containing it, recreating it in the lab, and developing treatments and vaccines for it, the rest of us are just trying not to get it. And we can help.

Taking a set of simple steps can help stop the spread of coronavirus. The World Health Organization recommends washing your hands regularly for at least 20 seconds, maintaining "social distance" (6 feet away from people who are coughing), and of course refraining touching your face.

These habits are not arduous or complicated, but because the complex psychology of habit formation means they are hard to form. Cognitive scientist Denise Cummins explains that's because things like not washing your hands or touching your face are unconscious habits. If you do these things already, then they notoriously hard habits to break, she tells Inverse.

"Those things are automatized," she says.

"Think of when you learn to drive a car. You have to consciously attend to everything. After a while, when you become very skilled, these things become automated. As a result, they’re no longer under conscious control, they’re almost like reflexes."

Such reflexive habits fly directly in the face of WHO's best practices for avoiding coronavirus.

That said, the science of habit formation can also help us break these harmful habits, and even create new, healthy ones.

These five psychology-backed tips could help you form — and keep — anti-coronavirus habits that actually work.

In terms of the WHO's hygiene recommendations, the hardest habit to break is likely going to be touching your face, says Bonnie Spring, the director of Northwestern University's Institute for Public Health and Medicine's Center for Behavior and Health.

"Repetitive hand washing may be the easier challenge because there isn’t a competing bad habit that has to be unlearned," she tells Inverse.

"Suppressing face touching is likely more difficult because it’s a behavior that often occurs outside of awareness."

Because we are largely unaware of when we are touching our faces, breaking the habit becomes a two step process, Cummins says. First, you have to recognize that you are doing it, and then stop yourself from doing it.

That, as she puts it, is an "expensive" mental process, requiring you devote extra attention to something as trivial as wiping sweat off your brow or resting your face on your palm.

Instead Cummins suggests that you swap the habit out for something else that makes face-touching impossible.

"Inhibiting something is always more difficult than replacing it with something else," she says.

"It might sound silly, but you can hold something in your hand, like a pen or a stone. You can't hold something and touch your face at the same time. What you want to do is develop a habit that's incompatible with touching your face," she says.

Still, some of us will have to learn to form new, good habits. Hand-washing is a prime example. It is one of the first things our parents teach us how to do when we are children to take care of ourselves. And with good reason.

The US Centers for Disease Control (CDC) notes that hand-washing alone can reduce respiratory illnesses (coronavirus is a respiratory illness) by between 16 to 21 percent in the general population. For school children, the CDC estimates that simply washing your hands would stop one in every five pediatric pneumonia cases.

So why is it hard to become a religious hand-washer?

One of the reasons people don't form new habits is because they don't really commit to them, says Cummins.

"They don’t really believe that it’s that important," she says. "There are people that think that washing your hands doesn't make that big a difference."

To commit properly to washing your hands, Cummins suggests that you arm yourself with research. For example, take a February 2020 study from scientists at MIT which looked specifically at how to prevent epidemics. If 60 percent of the world's travelers washed their hands regularly, the team estimates that the spread of diseases, like the flu, would slow by 70 percent.

In the time of coronavirus, regular hand-washing is even more important, and is recommended by the CDC, the WHO, and the United Kingdom's Department of Health and Social Care. It's worth the extra attention.

Clear intent to create good habits is important, but that's not enough on its own, Cummins says. The next step is to practice.

Let's return to hand-washing. We know how important it is, so now what? Cummins suggests that you literally practice walking over to the sink, and washing your hands every time you leave the bathroom. Afterward, exit the lavatory. Then, go back in and walk over to the sink again. Rinse and repeat. She recommends that you repeat this performance several times.

She admits, it "sounds crazy." But when you engage in this public-health inspired performance art, you are actually solidifying a motor pattern in your brain, Cummins says. It's like learning an instrument, she says.

Often times, our environments spell the end of our intent to form new, good habits, Spring says. Consider how hard it is keep up healthy eating habits when you have a break room filled with sweets: The path of least resistance is to cave, and have a donut.

The tempting donut, in this case, cues up your bad habit, drawing you in like a moth to a flame. But you can also create cues for good habits, too, Spring says.

For example: When I get off the subway, I will wash my hands.

Research on implementation intentions shows they can help build good habits, like exercise, for example.

"Essentially the person needs to engineer their environment to expose them to a cue that comes to trigger the healthy behavior habitually," Spring says.

Forming new habits will be hard. And as the coronavirus outbreak continues and the weeks drift into months of new cases, your motivation to change may wane if there seems no end in sight.

But do not let your commitment to health slip as the headlines surrounding coronavirus accumulate, Spring says. Your desire to protect yourself and others is reason enough to overcome the allure of bad habits.

"Values like staying healthy so as not to expose others to the virus and to be able to care for loved ones can be highly motivating," she says.

It is also important to note that when you get these good hygiene habits down, then they will hopefully help you through the annual flu season, too.

Here's to forming new habits — and, for once, sticking to them, too.