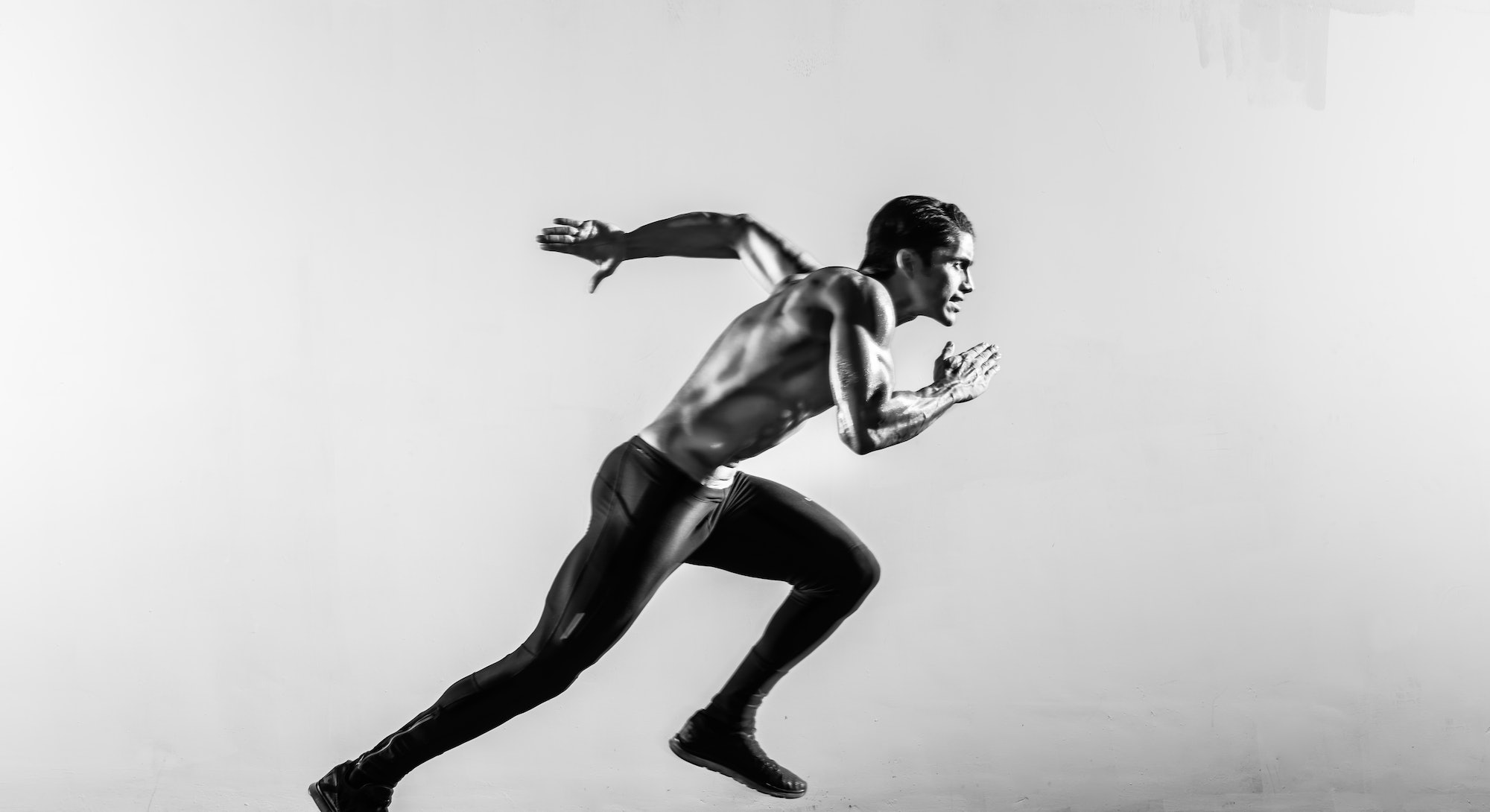 When we think about bulking up and building muscle, we usually imagine the weight room, not the track.

Putting a barbell on our back, swinging a kettlebell, and hanging from a bar form the traditional roads to muscle growth.

But might a different path — going as fast as we can — work just as well? Can running short, all-out sprints regularly help build up our strength and our size?

Speed training, or sprint training for this column’s purpose, is loosely defined as practicing all-out effort runs and working on getting faster. Training varies, but generally comprises runs done all-out, or at about 85 to 90 percent of your best effort, with plenty of rest between sets. Such work has been shown to build muscles, improve cardiovascular health and increase muscular capacity and short-term muscular endurance.

And while it’s good to be able to run very fast — we should be able to, just for our own sake — sprinting does more than just build up speed. It can be viewed as a type of strength training.

Increased muscular endurance — the ability of a muscle to sustain contractions for a period of time — means lifters who sprint will be better conditioned to do hard, immediate lifts. Increased cardiovascular health turns longer workouts both shorter, and easier. Building up muscle speaks for itself.

Why sprinting can make you stronger

It’s hard to picture runs building up muscles, since we often think of marathoning when we picture the sport. But sprints and long-distance runs are very much different.

Long runs require muscular endurance and build up slow-twitch muscle fibers that are more resistant to fatigue than the fast-twitch variety. They’re also less able to increase in size, which is one reason why so many great marathon runners are so rangy and lean.

Sprints involve maximum force production and prize explosive activity. They build up the fast-twitch, explosive muscle fibers that grow in size. Muscles get used differently on sprints: they get built up.

The question is less about whether someone can get big by just sprinting and more about how sprinting can get someone strong and big. Also essential is realizing what sprinting and lifting can do for each other.

Many elite sprinters supplement their training with lower-body work, like deadlifts, squats, and reverse hypers. These strengthen the posterior chain muscles that create force. Lifters who already do these exercises can get stronger from sprints.

Sprints build up muscles in a few different ways. They activate fast-twitch fibers, work out the central nervous system (CNS) by firing off motor neurons at a high rate and act as a type of resistance training. Sprinters must use as much force as they can to overcome gravity and move from one step to another.

The key here is form — head neutral, shoulders relaxed, hips not collapsed, knees forward, foot under the boy — and effort. Les Spellman, a speed coach, has a helpful YouTube channel that gives pointers on how to run well.

In a sense, this required force production renders sprinting closer to strength training than running, from a muscular perspective. Instead of lifting weights against gravity, we move through it. Great sprinters generate insane amounts of vertical force against the ground — up to several times their body weight.

Exercises for getting stronger and faster

Sprints are as tiring to a cell as they are to think about: they can be done all out, or close to all-out, but never halfway. Actually recruiting muscles — working to get your body in sync, and pushing it — can be more tiring to the CNS than it seems. They shouldn’t last very long or be done very often. (One coach recommends 48 to 72 hours between sprints.)

All-out runs might be a few reps, each lasting 20 seconds — maybe 200 meters, less than a football field — with a minute of rest between each. Even short runs build up hamstrings, glutes, calves, and quads. Reps should be spaced so the following sprint is run as close to all-out as possible. The goal is to sprint at the same speed over and over.

There are plenty of ways to get the work in. Running 200 meters 10 times — with a minute or two of rest between sets — could be the best way to start. Fartlek runs — Swedish for “speed play” — vary the pace with short intervals, and help runners build up their control.

Workouts can involve weights, too. Jim Wendler, the creator of the great 5-3-1 program, does hill sprints with a vest on, and prowler pushes. Runs are best done on tracks and not treadmills since moving ground can cause runners to reach for the next step, which can over-involve the hip flexors. Proper shoes are also important.

Folks who want to build up their cardio and stack on muscle can do one of the sprint workouts described above a few times a week and progress, when ready, to a more specific program that varies the runs up. Lifters who want to add sprints and keep their lifting programs should keep their runs short, warm up properly, and run the day after leg day.

Ultimately, adding some sprint work to a program or doing an all-out running block is not a far cry from pure strength training. Squats and sprints are both complicated athletic acts with many moving parts. Both get better the more that we do them.

Like strength, speed is a skill that can be trained. You might not be able to be the fastest person on the track. But with the right program and approach, you might be the strongest.