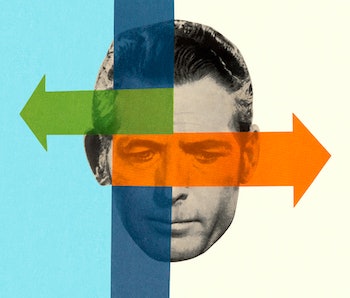 With 24-hour news, workplace chat apps, and never-ending group texts, modern life is noisier than ever. The constant interruptions can create a troubling neurological phenomenon.

“As our minds fill with noise — feckless synaptic events signifying nothing — the brain gradually loses its capacity to attend fully and thoroughly to anything,” Hallowell says.

The core symptoms of ADT are distractibility, inner frenzy, and impatience, Hallowell writes. It’s like a mental traffic jam. Occasional mental overloads are manageable, but when the traffic is stalled frequently — the problems start.

ADT isn’t genetically embedded like its cousin attention deficit hyperactivity disorder (ADHD). Instead, it’s a product of a modern environment. If left unchecked, ADT may hamper performance and make you miserable without realizing the cause.

This week, we explore how to regain one’s ability to focus.

The distraction cycle — Attention-deficit/hyperactivity disorder is a diagnosable disorder marked by a pattern of inattention and/or hyperactivity and impulsivity that interferes with functioning or development.

Attention deficit trait is less severe and not in the clinical manual of mental health. Still, Hallowell says, it is influential on daily life.

ADT isn’t typically caused by a single event, but rather a “series of minor emergencies while he or she tries harder and harder to keep up.”

“Shouldering a responsibility to ‘suck it up’ and not complain as the workload increases, executives with ADT do whatever they can to handle a load they simply cannot manage as well as they’d like,” Hallowell says.

In turn, they feel a constant low level of panic and guilt.

“Facing a tidal wave of tasks, the executive becomes increasingly hurried, curt, peremptory, and unfocused while pretending that everything is fine,” Hallowell says.

In extreme cases of ADT, overworked people pitch tantrums, blame others for their mistakes, or withdraw and avoid responsibility.

Luckily, it is possible to re-engineer your environment to avoid ADT from spinning out of control.

Ultimately, ADT is a threat to all of us, Hallowell says.

“If we do not manage it, it manages us.”

Addressing ADT head-on can build a better, happier, and more productive workplace in the long run.