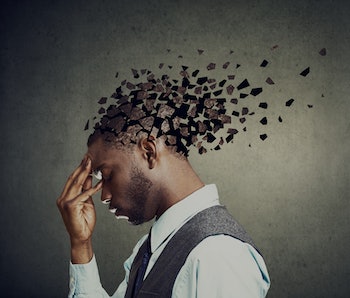 Many people with attention deficit hyperactivity disorder (ADHD) may not receive a diagnosis until adulthood. Adult symptoms can look a little different from those of childhood.

Knowing what to look for is important, so people can get support to help them better understand themselves and meet their full potential.

People, including some clinicians, may not be aware of adult ADHD and how symptoms may change as a person develops and grows. We aim to change this through the development of an Australian ADHD guideline, which is based on evidence and is now open for feedback.

ADHD is a neurodevelopmental condition that impacts the brain’s executive functions — like the ability to focus and sustain attention, plan and organize, and exert self-control.

It affects around 6-10 percent of children and is the most common neurodevelopmental condition in childhood. Yet many people with ADHD don’t receive a diagnosis in childhood, for a variety of reasons. Some may have grown up in an environment well-suited to them, so symptoms were not obvious.

For example, they may have been interested in and motivated by academic topics, allowing them to focus and sustain their attention on schoolwork. They may have had a high intellectual capacity which can mean the minimal independent study is needed to pass school subjects. They may have only had ADHD inattentive symptoms – like daydreaming, or trouble completing tasks – which can be less noticeable than hyperactive-impulsive symptoms.

ADHD symptoms in childhood can include having difficulties focusing attention. This might appear as not taking in or remembering the teacher’s instructions, being forgetful about homework or losing things like school jumpers, and being disorganized with a messy bedroom or desk at school.

Children with hyperactive-impulsive symptoms may have difficulty sitting still during school lessons or when eating dinner at home, being noisy and talkative, intruding on other people or interrupting them, and finding it hard to wait their turn.

By adulthood, symptoms may still be present but they may be more internalized and less obvious. Here are some ways adult ADHD symptoms may present that are slightly different from childhood:

Rather than climbing on things and being obviously hyperactive, adults may have an inner sense of restlessness. They may have difficulty relaxing and have a constantly busy mind. They may feel driven to always be doing something, and to try and be constantly productive. This can mean even on a holiday, there is an inability to relax and the person needs to be busily doing activities.

3. Organised, then overwhelmed for a bit

Rather than always being disorganized, adults may experience periods of being highly organized to overcompensate for their ADHD symptoms, followed by periods of feeling overwhelmed and not being able to get things done. This period of overwhelm, which may last a few days, can be due to the extra effort required to be organized when one has ADHD.

This can result in failing university subjects and struggling to complete work tasks. Procrastination can impact completing chores around the house and getting severely behind in general life administration, like paying important bills. Putting things off to an extreme degree — such that an impending deadline results in the last minute “smash it out,” “all-nighter” effort — is common in ADHD.

In adults, this can result in constantly underestimating how long things will take, causing frequent lateness. A person might not factor the coffee stop and traffic into their calculations.

How to treat adult ADHD

Many of us experience occasional times when we feel or act in the ways described above. When multiple instances of these occur and result in significant negative impacts across different areas of life — like our ability to study, work, socialize, take care of the house — or cause a negative self-view, it may be time to consider the possibility of ADHD.

Recently, there has been greater public awareness of adult ADHD, including on social media and websites with people describing their lived experiences. This has increased demand for adult ADHD assessment and treatment services and highlighted a significant gap in Australian health care provision.

There are simply not enough clinicians with expertise in ADHD, no public services for adults with ADHD, and no uniform standards of care for ADHD. This creates long waitlists for diagnosis and treatment.

Receiving the right diagnosis, treatment, and support is crucial. Evidence-based treatment for adult ADHD can include making lifestyle changes and environmental modifications, medication, and psychological treatments, such as cognitive behavior therapy. The right treatment for ADHD results in better outcomes including improvements in life expectancy, reduced accidents, and reduced substance use disorders.

A key barrier to effective care for people with ADHD has been the lack of an Australian guideline for clinicians that outlines evidence-based, best practice diagnosis, treatment, and support.

The Australian ADHD Professionals Association has developed a practice guideline for the identification, diagnosis, and support of children, adolescents, and adults with ADHD. The public can now comment on and contribute to the draft guideline.

Public consultation is important to ensure the Australian guideline addresses issues relevant to those with a lived experience of ADHD, and those involved in the diagnosis and support of people with ADHD. It is hoped these guidelines can help people identify their ADHD as early as possible and receive the support they need to fulfill their potential.

This article was originally published on The Conversation by Tamara May and Mark Bellgrove at Monash University. Read the original article here.