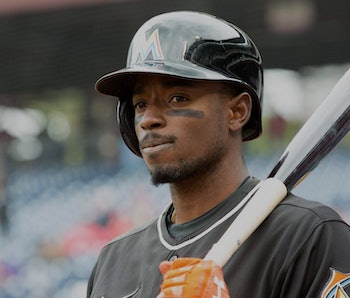 Though he has dropped his appeal, Gordon maintains that he did not know he was ingesting the banned substances and points to more than 20 clean drug tests.

The use of anabolic steroids has transformed the game of baseball over the past three decades, due to their remarkable ability to boost muscle growth.

What is Clostebol and What Does It Do?

While clostebol is only effective as an anabolic steroid when injected intravenously, numerous reports over the past decade exist of athletes testing positive for the drug after taking legal medications or even having sex with women who use gynecological products that use it. Gordon’s statement did not go into detail on how he imagines the drug entered his system, but clostebol does have a reputation as one of the few anabolic steroids that may actually show up on tests by accident.

Professional athletics, though, rarely accept the accidental argument, especially since the ambiguity surrounding its origin makes it popular among those looking to beat the system. The “I didn’t know” defense didn’t work for tennis legend Maria Sharapova, who kept taking Meldonium after it became a banned substance on January 1. Particularly in the United States, where the FDA has not approved of the use of clostebol in any medications or gynecological products, the argument does ring a little hollow.

The presence of testosterone in the incriminating report may seem a little strange, since the hormone is naturally abundant in all people, especially men. But the official MLB statement refers to “exogenous Testosterone,” indicating that the league had reason to believe that Gordon received external doses of the hormone. Clostebol and most anabolic steroids actually work by elevating testosterone levels, which in turn has the desired effect on the body. So unusually elevated testosterone levels can suggest steroid usage, even if the presence of an exogenous substance has not been found.

Clostebol is a relatively mild steroid, as the powerful drugs go. It actually just mimics testosterone, so that the body spends time breaking it down, rather than testosterone itself. And due to a slight difference in its chemical makeup than testosterone, when the body does try to break it down, the resultant chemical is something other than estrogen. Testosterone breaks down into estrogen, and high estrogen levels are considered counterproductive to muscle growth. So clostebol keeps testosterone levels high, estrogen low, and leaves little trace — a good position for anyone trying to build more muscle.

With few side effects, it’s an effective and sneaky way to juice, but it seems that in this case, Gordon was caught. Whether he can bounce back or not will likely determine if people believe his excuses. Nobody likes a cheater, and clostebol is a major advantage.