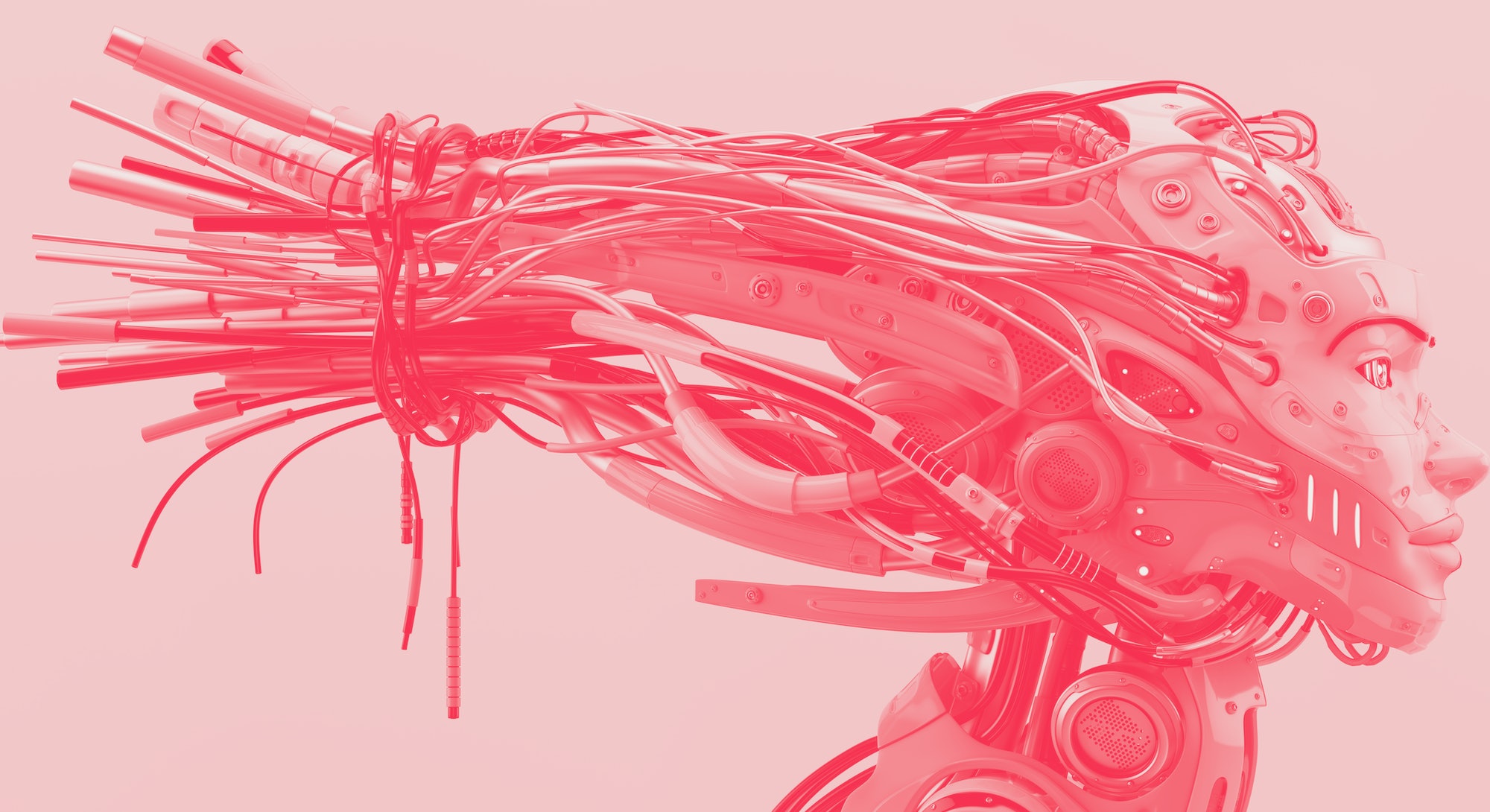 There’s a special bond that’s forged by the vulnerability of sitting — dripping wet — as a hairdresser snips and shears your wayward locks. A trusted hairdresser or barber has the power to make or break your day — even month — with a few flourishes, all while deftly discussing everything from politics to family gossip.

Service robots have already come for our grocery stores and construction sites, and now a new hair brushing robot designed by engineers at MIT could be the first step toward automating hairdressers as well.

While robots and algorithms may outdo humans when it comes to efficiency, Michelle Shell, a visiting professor of operations and technology management at Boston University whose research focuses on humans’ emotional response to technology, tells Inverse that automating these very human jobs could have repercussions not only for customers, but employees as well.

Built like a bodybuilder, the thick robotic arm of RoboWig is adorned by a tiny, delicate hairbrush that is designed to sweep gently through users’ hair — at least in theory.

This robot hasn’t actually brushed any human hair yet, but it’s gotten some practice brushing through the hair of stoic mannequins.

While its first endeavors have been relatively successful (in so much as mannequins can’t squawk when you pull their hair) it’s not planning to apply to cosmetology school anytime soon. Instead, the goal of the research is to use computer vision to recognize distinct curl patterns in hair to ensure painless, knot-free hair brushing for users who may need extra assistance (such as the elderly or those with physical disabilities.)

That said, it’s not beyond the realm of possibility that this technology may one day find its way into a humanoid hairdresser as well, though Shell says there’s one crucial human element for success it lacks: the emotional component.

Whether we’re crying over a movie together, laughing at someone’s misfortune on TikTok, or lending support during a crisis, emotional interactions are a crucial way that we as humans understand one another. It’s natural then that we might want our technology to adapt this same human trait in its interaction with us, but Shell says that designing service robots with our exact emotionality shouldn’t necessarily be the goal.

“Human-to-human interaction can be friendlier with the support of A.I.”

In research conducted in 2019, Shell looked how at how technology could be used to alleviate anxiety during certain business tasks — e.g. tracking the status of a loan or managing an investment portfolio. As employees stayed home this past year and brick-and-mortar establishments temporarily closed their doors, Shell says that understanding how to create an emotionally satisfying connection with digital interfaces, like chatbots, became even more important.

Instead of decking out these interfaces with human-like emotions, Shell and colleagues investigated how offering the opportunity for human emotion and contact, via a phone number or human chat service, could affect participants' interaction with the service. While the gesture may seem small, Shell says it actually left a big impression on participants.

“What we found in our research is that when people are feeling anxious, they really crave human contact,” Shell tells Inverse. “Companies would really benefit from having some sort of human connections feature as a part of the technologies, such as using online chat features. Knowing that you can reach out to someone if you needed to was enough to kind of mitigate the cost of anxiety.”

Perhaps counterintuitively, Shell says that it didn’t make a difference whether these gestures of human support were “real” or not (e.g. whether the chatbot was automated or not) or if the participants even used the contact option. As long as participants thought a human could be reached, the psychological support was the same.

“I don't imagine that robotic hairdressers would replace hairdressing as a profession broadly and widely.”

Why do humans want this? Service bots today come in a variety of flavors, ranging from disembodied chatbots to mobile food delivery bots rolling along city sidewalks — and perhaps even hairdressing robots or beyond. These services can offer not only convenience and increased accessibility for consumers, but also offer companies a cheaper (and less demanding) workforce.

If your robot hairdresser could do just as good a job as their human counterpart — and at a lower rate — maybe consumers would find their emotional connection elsewhere.

See also: Social distancing can be lonely, but robots can help

However, Shell says that research doesn’t always support this notion that automation in service jobs is categorially more efficient. In ongoing research on call centers, Shell says she found that using artificial intelligence to augment calls, instead of replacing them, actually had a better result than either humans or A.I. alone.

“What we found is that the A.I. support actually enabled greater rapport between the customer and the agent,” says Shell. “So a human-to-human interaction can be friendlier with the support of A.I., if you can imagine, in a context where we would expect there to be tension.”

What are the limits? But while this solution may work for call centers, Shell says it perhaps isn’t ready to be rolled out just yet in industries, like cosmetology, where human-to-human trust is of paramount importance.

“If I was going to get my hair done for my wedding, for example, that’s probably not a time I’d experiment with a robotic hairdresser,” Shell jokes.

Right now, MIT’s robot RoboWig is still learning how to effectively brush hair (which is harder than you might think) and is nowhere ready to replace your favorite stylist — which is probably for the best, says Shell. In the future, humans may warm up to a small trim or style from RoboWig’s successors, but in the interim Shell says that an augmented approach (e.g. an A.I. mirror that guides a human stylist through complex cuts) may be a good bridge.

What are the ethical implications? In addition to the now-standard set of algorithmic biases like sexism and racism that affect how technology interacts with us, Shell says that service robots and A.I. of the future may also have unintended consequences for the employees they’re attempting to support. Particularly when it comes to sharing the burden of mindless versus complicated tasks.

“Some of those monotonous tasks actually provide mental rest for service agents,” says Shell. “So if all of that is removed and moved over to A.I. such that the human agents are only dealing with the most complicated situations all the time, that may have an adverse effect in terms of employee engagement.”

And this kind of automation-driven burnout may affect more women and people of color than it does white, affluent men — globally the call center workforce is 71 percent women and essential workers during the pandemic working jobs at fulfillment centers or grocery stores were disproportionately people of color.

When will it affect the future? This past year has changed how companies think about service technologies, says Shell. And while many questions remain unanswered about how these technologies will ultimately evolve and become part of our daily lives, she says that an emphasis on human interaction is still likely to stick around for a while longer, so you may not be receiving a new-do from RoboWig anytime soon.

“There’s a new normal that has developed as a result of the pandemic,” says Shell.