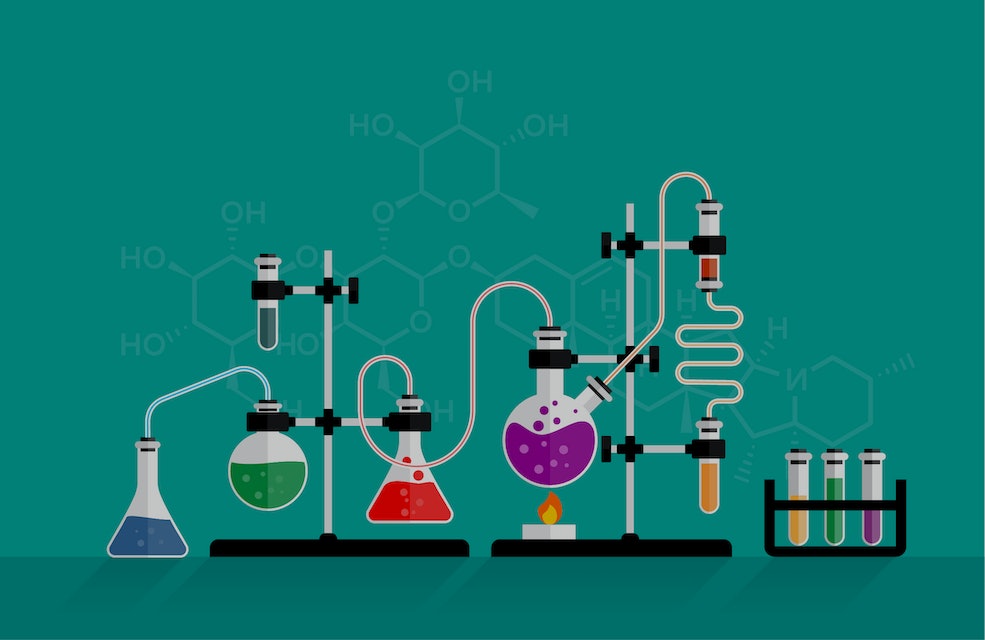 Methane is commonly cast as an environmental villain -- spewing toxic gas from the chimney stacks of oil and coal plants across the nation. While this characterization is true, scientists have now cracked the code on how to better transform this toxic chemical into its more environmentally friendly cousin, methanol, using a secret ingredient: water.

While methane gas was the second-largest carbon emissions culprit in 2018 in the U.S., according to the EPA, methanol is a compound that can be used to make plastics, paints, and even cleaner fuel. But driving the chemical bonds of methane apart to create methanol isn't an easy process and dangerous byproducts, like carbon monoxide and carbon dioxide, are often created in the process.

But a team of chemists from Brookhaven National Laboratory and Stony Brook University has now uncovered a way to make transforming methane into methanol much easier. And the chemical catalyst required is much more common than you might think.

"We've learned why it works so well."

In a previous paper published in 2016 the team identified that water could be used to improve the transformation of methane to methanol, but Sanjaya Senanayake, the Brookhaven chemist who led the new project, says in a statement that the big question now was to better understand how that conversion took place.

"We knew from previous work that we'd developed a highly selective catalyst for the direct conversion of methane to methanol in the presence of water," says Senanayake. "But now, using advanced theoretical and experimental techniques, we've learned why it works so well."

In their new study, published Thursday in the journal Science, the team used a mix of theoretical and experimental approaches to understand why water worked so well in this chemical process. To start, coauthor and Brookhaven chemist, Ping Liu, used a computational tool called "density functional theory." Liu said in a statement that this process is basically like taking "snapshots" of the different chemicals in the reaction (such as methane, oxygen, and water) to see how they react with each other during the reaction process.

Liu says that she then used a Monte Carlo simulation (named after the famed gambling quarter of the city-state Monaco for its use of chance-like random sampling) to look at the different possible reactions these chemicals could form together.

These simulations -- which the team would later confirm experimentally as well -- found that water contributed in three key ways to the success of this reaction. First, it activated the methane by breaking a carbon-hydrogen bond and providing a hydroxide (OH) compound that could be used to form methanol. The water also worked like a chemical goaltender, fending off other stray compounds from bonding with the reactive sites and creating toxic or harmful compounds, such as carbon monoxide or carbon dioxide. Finally, the water also helped displace the resultant methanol from the copper-oxide surface the reaction took place on.

The researchers report that this method was able to produce methanol with 70 percent selectivity, meaning that using water made it much easier to control what the final product of this chemical reaction would be, said coauthor and Brookhaven chemist, Jose Rodriguez, in a statement.

"We found direct evidence for formation of CH3O--an intermediate precursor for methanol--in the presence of water," Rodriguez said. "And because you have the water, you modify all the surface chemistry to block the side reactions, and also easily release the methanol from the catalyst surface so it doesn't decompose."

The researchers say that this solution is still years away from commercial use, but that they're hopeful for how it could more efficiently transform methane emissions into usable products like clothes, vehicles, or even cleaner fuel.

Abstract: Highly selective oxidation of methane to methanol has long been challenging in catalysis. Here, we reveal key steps for the promotion of this reaction by water when tuning the selectivity of a well-defined CeO2/Cu2O/Cu(111) catalyst from carbon monoxide and carbon dioxide to methanol under a reaction environment with methane, oxygen, and water. Ambient-pressure x-ray photoelectron spectroscopy showed that water added to methane and oxygen led to surface methoxy groups and accelerated methanol production. These results were consistent with density functional theory calculations and kinetic Monte Carlo simulations, which showed that water preferentially dissociates over the active cerium ions at the CeO2–Cu2O/Cu(111) interface. The adsorbed hydroxyl species blocked O-O bond cleavage that would dehydrogenate methoxy groups to carbon monoxide and carbon dioxide, and it directly converted this species to methanol, while oxygen reoxidized the reduced surface. Water adsorption also displaced the produced methanol into the gas phase.