Look: Telepresence robots may be the future of travel

“Robots have the potential to improve everyone’s quality of life.” 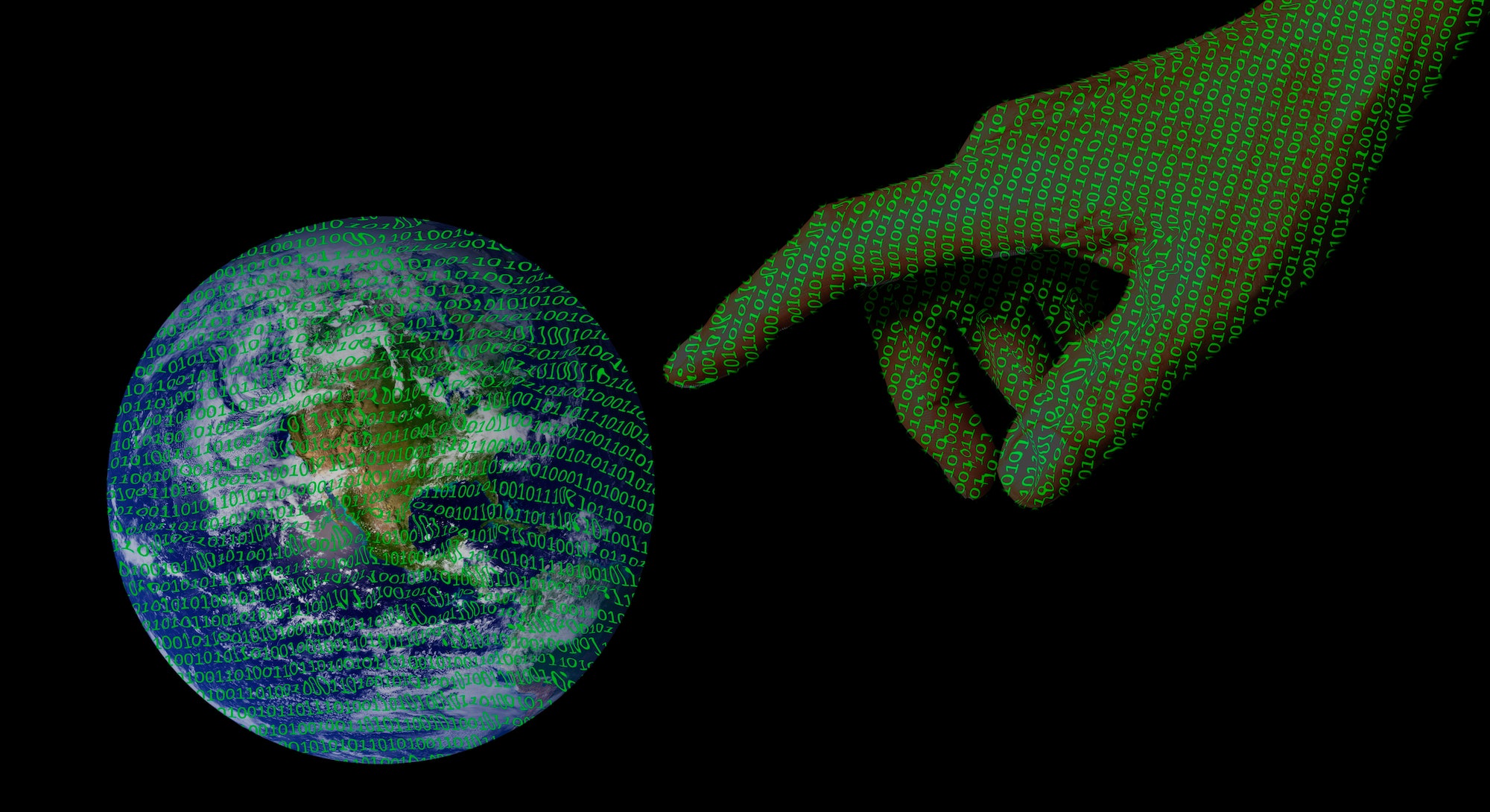 My first trip to Vietnam was inside the body of a remote-controlled robot.

Instead of masking up and boarding a multi-hour flight across the world, the trip began when I logged into Zoom one Thursday morning this past August. Surrounded by the distant tolls of the Boston metro, I found myself gazing into the faraway studio of teenage artist Xeo Chu in Ho Chi Minh.

There was an anticipatory buzz in the air as I greeted Chu through a computer screen and listened as Thuc Vu, co-founder and CEO of the robotics company OhmniLabs, walked me through the steps for dropping into my new robot body.

“Oh this is the wrong link — too many robots,” Vu laughed as we set up the connection. “Try this one.”

After a few seconds’ pause, he added:

“Perfect, now you can try and drive the robot around.”

A few clicks were all it took to enter my new body. Suddenly, my perspective shifted. I was no longer gazing into the Vietnamese studio, but roving through it on wheeled feet. I stood side-by-side with Chu as he gave me a tour of the art propped against the walls of the room. Lounging on a daybed, the young artists’ family and friends filmed the strange encounter on their own phones.

With the delicate press of my computer’s arrow keys, my robotic form lurched forward and backward as I rotated my field of vision around the room. Not yet comfortable in my new body, I found myself worried I might accidentally careen into the nearby artworks. Unlike any VR or video game experience, this fear came with the shocking knowledge that there would be real-world consequences if I did.

Chu assured me there were safety measures in place against this. Namely, grabbing the robot.

“When a person is visiting the exhibition there will be another person from our family, like my brother, guiding them,” Chu says. “If there's a case that they're going to bump into the paintings, we'll be able to stop them.”

My visit wasn’t Chu’s first rodeo with telepresence robots. In July, he played host to visitors from around the world using telepresence robots to drop in on his art show. Only 14-years old and already helmed as Vietnam’s “young Jackson Pollock,” Chu donates the funds from his art to charitable causes around Vietnam, including to fund medical equipment during the pandemic.

When it came time to finally say goodbye and step back into my own corporeal form, there was a strange sense of vertigo that I took a moment to sit in. Far from the kind of motion sickness you might feel with VR, this vertigo was instead similar to emerging from a realistic dream and gazing upon your waking reality with new awareness.

While this experience was new to me, telepresence robots like OhmniLabs’ have been clunkily rolling through offices and production floors for more than five years. But while these robots were at first just a novelty or sci-fi-inspired addition to a remote team, Vu tells Inverse the pandemic has changed this — potentially forever.

Over the past 19-months, these robots have earned and their keep and demonstrated that virtual interactions have their own role to play in the evolution of human communication. The task now, Vu says, is convincing everyone else.

What is a telepresence robot?

The robot I dropped into was one of many in OhmniLabs’ fleet of “telepresence” robots. Just shy of five feet tall and weighing in at 18-pounds, it looks more like a giraffe mixed with a Roomba than a humanoid robot.

While its robot has also been called less inspiring terms like “Zoom on wheels” or an “iPad robot,” OhmniLabs believes that virtual or telepresence better captures the experience they’re trying to create.

Vu tells Inverse that expanding the realm of virtual human interaction was one of the company’s main goals long before the Covid-19 pandemic made it a necessity.

“Jared and I were roommates back at Carnegie Mellon and did a lot of research projects together, especially in robotics,” Vu says, referring to fellow co-founder and CTO Jared Go.

“When we looked around [in 2015] we noticed that even though the promise of robots changing the world and improving lives has been around for decades, we didn't see a lot of adoption for robots in society. We wanted to change that because we believe that robots have the potential to really improve quality of life.”

Vu says the company began rolling out prototypes of their robots in 2016 and 2017 as delivery bots and cleaning bots. Back then, VR was still becoming mainstream, and Zoom wasn’t a household name. Instead, Vu says their robots were much more of a novelty than a necessity. But that would all change in early 2020 due to the Covid-19 pandemic.

Robots during the pandemic

If you stretch your mind back to the early pandemic, you might remember dystopian news headlines like Reuters’ “Robots replace Japanese students at graduation amid coronavirus.” In videos of this ceremony, you’ll see tablet-faced robots dressed in regalia wheeling across a commencement stage with the smiling faces of their human operators beaming across space.

These were OhmniLabs’ “Newme” telepresence robots, just like the ones I embodied in Vietnam months later.

As workplaces went virtual around the world, not only graduations but birthdays, weddings, and anniversaries were being missed. Vu says there was suddenly a huge market for virtual presence technologies that went beyond simple video calls.

During the pandemic, the company’s robots were used everywhere from manufacturing floors abroad to local schools and hospitals. It’s this latter setting that became especially salient during the pandemic as families no longer had the option to visit sick loved ones in person.

“You probably have heard of all these heartbreaking stories of some [Covid-19 patients] passing away without being able to talk to their families,” Vu said. “We're glad that we could help in this case because now the robot could be put in the room and enable family members, nurses, and doctors to drive in and interact with the patient remotely through the robot. It's a lot more engaging and an easier way for the patient as well as the family members.”

While these bots are available for personal sale, you might be more likely to first interact with them at partnered institutions, like hospitals. However, Vu’s own experience using one of the robots is proof that personal use can be just as poignant.

“I have a robot in my home in Vietnam and I used it to spend a lot of time with my grandma,” Vu says. “My grandmother doesn't even have a smartphone because it’s too complicated but the robot is totally hands-free. I can drive around and interact with her just like I’m there in person.”

Using his robot, Vu says he was able to roam around his grandma’s kitchen and learn how to cook with her.

“Once you experience it, it is not the same as video conferencing,” Vu says. “It is a different type of interaction that is more spontaneous, natural, and engaging.”

Robots after the pandemic

We are still a long way from being out of the dark when it comes to Covid-19, but as work, school, and social events — like international art shows — begin to take place in person again, is there still a need for telepresence robots? Vu is betting on yes.

Not only does the company plan to upgrade out its bots in the near future — including a robot arm, perception engine, and a more autonomous understanding of its environment — but these robots could still have a huge role to play when it comes to accessibility.

This goes for not just OhmniLabs, but other telepresence robots like those made by Beam or Double Robotics. Since at least 2014, research and personal accounts have demonstrated how useful these robots can be in providing access to venues like museums, concert halls, or conferences.

OhmniLabs made progress this summer when 10-year-old Luna Perrone used a telepresence robot named CHAMP to join the U.S. Women’s National Soccer Team on their walk onto the pitch. Diagnosed with a rare form of bone cancer, this kind of experience would’ve been inaccessible to Luna otherwise.

Even though classes may be in person, for students or teachers who have a chronic illness, physical disabilities, or mental illness, coming to school in person has never been an easy choice. While technology is never a silver bullet for these issues of equity, it could offer a step forward to inclusivity for many people around the world.

The challenge now is getting everyone else on board.

“A lot of people ask me, ‘Would robots replace humans?’” Vu says. “My short answer would be no. Robots are here to work alongside humans, allowing people to save time and cost so that they can spend that time on something more worthwhile.”

Update: This story was updated on November 4th to clarify that OhmniLabs does sell its telepresence robots to individuals as well as companies.