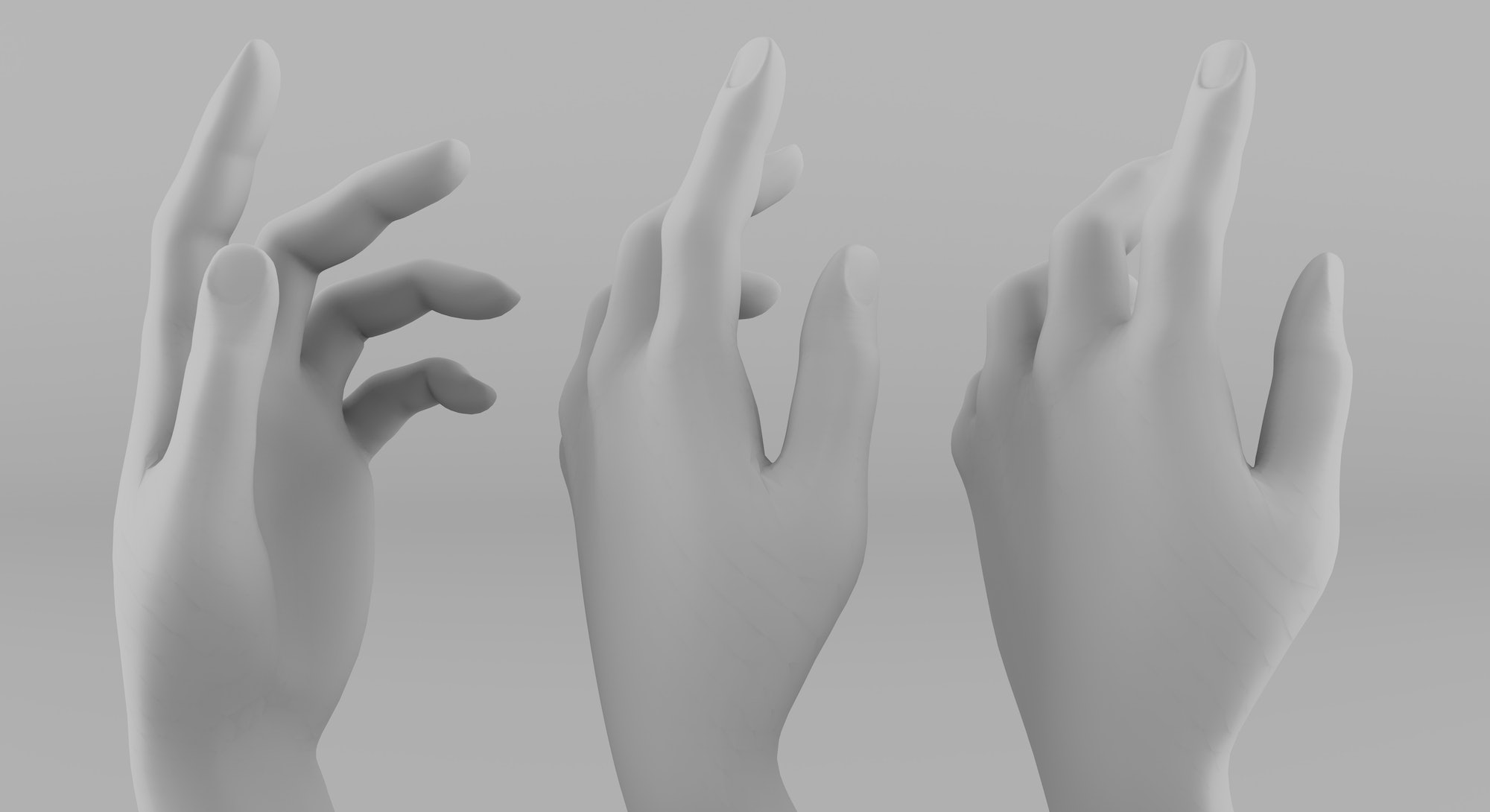 When NAO, a 22.6-inch tall robot designed by Softbank Robotics, reaches out with its three plastic-coated fingers to comfortingly pat the hand of a German student, it does so with all the humanity it can muster.

Such an interaction is enough to send a shiver down anyone’s spine, but for a group of 48 students in Germany participating in the study on robot-human interpersonal touch, it elicited laughs instead, Laura Hoffmann, the study’s first author and junior professor of psychology at Ruhr-Universität Bochum tells Inverse. And even feelings of warmth.

Call it hubris or call it practicality, but humans have a penchant for building robots in our image, and robotic hands like NAO’s are no exception.

But are our five-finger, opposable-thumbed appendages really the best nature, or engineering, has to offer? Kenneth Salisbury, and a research professor of computer science and surgery at Stanford University, tells Inverse that they may not be.

Starting at Stanford as an undergraduate and finishing his Ph.D. at the institution in 1982 by designing a new robot hand (which you can now find at the Smithsonian,) Salisbury is a veteran of the university’s computer science department. And a stalwart robot hand aficionado, co-writing the book Robot Hands and the Mechanics of Manipulation in 1985 and contributing to the design of the Da Vinci teleoperating surgery robot, a gold standard in medical robotics.

“There seems to be a potential for bonding between humans and machines.”

But just because science fiction, like Star Wars or The Terminator, makes us think that slender, fully-articulating robotic hands are just around the corner, Salisbury says that achieving actual human-like movement in these hands is easier said than done.

“If you look at some of the research quality anthropomorphic hands, they tend to have a lot of mass behind the fingers,” says Salisbury. “Like motors and tendons ... so it makes them not very practical.”

To actually function as a human hand, robotic hands need to master things like dexterity — e.g., picking up or rotating differently shaped objects — as well as sensing and force.

“There are two kinds of sensing,” he says. “One would be force sensing, how hard the tendons are pulling, and the other would be tactile sensing ... that can detect the shape and then edges and the pressure on something that you're touching. Those two act in concert.”

These senses also relate to how hard or soft a robot grips something. While a human instinctively knows the difference between crushing an object and gently holding it, robots don’t necessarily have this same sense, which can be potentially dangerous if a robot is interacting with a living thing, explains Salisbury.

While research papers are released in abundance about the new capability of dextrous, multi-fingered, anthropomorphic hands, Salisbury says that this work is often driven by meeting and surpassing benchmarks than designing robot appendages for the real world. He gives the example of Da Vinci or hazardous waste disposal robots. These robots often rely on a simplified two or three-finger grip or pinch to get the job done and look much more like a machine than a human.

But while human-like robot hands may not be the universal solution, that doesn’t mean they’re without purpose either.

Advanced prosthetics, for example, often model their devices on the human form to create a more seamless integration for their users. And as Hoffmann discovered in her research with NAO, human-robot interaction and anthropomorphic hands can have an extremely human-like effect on our emotions.

In her study, Hoffmann used a tiny robot called NAO but in the future, human-robot interactions might be with something a little more life-sized.

How does it actually work? In her work, Hoffmann recruit 48 college-aged students from her university in Germany and had them interact with NAO in a counseling session about choosing courses. NAO was being operated from another room, “Wizard of Oz” style, but the participants were unaware of this.

For half of the participants, NAO gave them its spiel without touching them but for the other half, NAO strategically patted their hands four times throughout the conversation. To ensure that participants’ hands were in reach of NAO during each trial, the students were told to place their hands on a box to measure their skin response during the counseling interaction (in reality, it was just a shoebox.)

Reviewing footage from these sessions, Hoffmann says she and colleagues were surprised by how many students had a positive response to the touch. The research team also report that no participants pulled their hands away during the interaction and on questionnaires filled out afterward wrote that touching the robot had a positive emotional impact.

“The reactions were all positive,” Hoffmann says. She says the students reported, “not feeling a negative effect, not feeling nervous or intimidated but feeling happy and warm.”

“Many students started laughing when the robot touched them,” she continues. “Which could be something like a release after being surprised by the touch.”

Students who were touched by NAO were also significantly more likely to agree to take the course NAO recommended.

Why do humans want this? Robots like NAO aren’t likely to replace students’ school counselors anytime soon, but Hoffmann says that better understanding the emotional response that human-robot interaction can spark may play an essential role in the development of companion robots in the future, like PARO, the therapeutic robot designed for the elderly.

And as isolation during Covid-19 has shown us first-hand, intimate touch — even when not from a human — can be a literal lifesaver.

What are the ethical implications? While being touched by a tiny robot like NAO may be a cute and positive experience, Hoffmann says this could quickly take a turn for the uncanny and dangerous if the touch was instead initiated by a large, autonomous robot instead — especially if done without explicit consent.

Hoffmann says that future research on human-robot interaction like this may also need to investigate how potential human-robot bonds and emotional connections may be manipulated by bad actors.

When will it affect the future? As for when we can expect robots to regularly start touching us, Hoffmann says that it’s likely that humans will begin touching robots first — either caressing pet-like robots or shaking the hands of tiny, business robots.

It may still be more than 20-years before robot touch is truly a part of our daily lives, says Hoffmann, and while just how human-like that touch will be is still unknown, research is already showing that it could be a positive addition to our lives nonetheless.

“There seems to be a potential for bonding between humans and machines,” says Hoffmann.