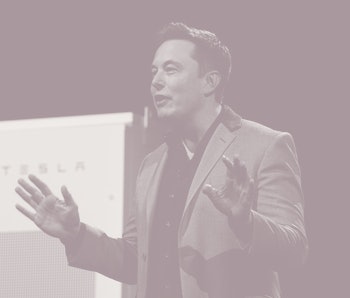 During the company's first-quarter 2020 earnings call, Musk responded to a question about his suggestion last month that Tesla could build an HVAC system. Claiming that it "could be a hell of a product," Musk outlined a system that could filter out pollen and bacteria, neutralize select gases, collect water, and even offer a water heating solution.

"At Tesla, we have a tendency to bite off more than we can chew on the product front."

As part of Tesla's goal to offer sustainable energy solutions, it could be a big boost – the European Commission found that heating and cooling for buildings and industry made up half of the European Union's total energy consumption.

During a discussion last month about the newly-released Model Y SUV and its heat pump, Musk wrote that he "sure would love to do home hvac that’s quiet & efficient, with humidity control & HEPA filter." When asked about this idea during the earnings call, Musk said:

As I said on Twitter, I'm personally extremely excited to build a kickass HVAC system that also has hospital-grade particle filtration. Basically have a filtration that filters out viruses, bacteria, pollen, funghi, but also neutralizes silicon alkaline gases, that is quiet and efficient. These are all things we've achieved in our cars. I don't know if a lot of people realize but the Model S and X are the only cars in the world that have a hospital operating room-grade HEPA filter built in. They're very big. You can get to a particle count that is insanely low with our cars.

It sounds like a sudden change of business, but Tesla already produces a number of technologies that could be useful for such a product. The Model S and X feature a Bioweapon Defense Mode, an air filtration system that Tesla claims can capture viruses 800 times better than normal. Zachary Kirkhorn, Tesla's chief financial officer, said on the call that the air filters in the Model 3 and Y also have a Minimum Efficiency Reporting Value of 15 or 16, the highest end of the scale that means it can trap some of the smallest particles. Musk explained in June 2018 that the "giant" filters required for the Bioweapon Defense Mode are too big for the Model 3.

Musk highlighted these existing products during the earnings call:

Model 3 and Y...they're no slouches. They're way better than any other cars to the best of my knowledge. They're not quite as good as possible operating room, but they are extremely good, way better than any other normal car. We're continuing to improve the filters on 3 and Y. These actually have a big effect on health even in normal day-to-day living. It's reducing particle count, and it has an effect on allergies and all sorts of things. Air quality is incredibly important, even in a non-Covid situation, extremely important.

Tesla also has experience in home energy. The company produces both retrofit solar panels for existing roofs, as well as the Tesla Solar Roof. These products, designed to collect solar energy for renewable home electricity, pair with a Powerwall battery that stores energy for 24-hour use. Musk demonstrated a house of the future back in October 2016 using a Solar Roof, a Powerwall and a Model 3 offering a complete home solution.

An HVAC system could take this a step further. The idea came to light during a discussion about Tesla's new heat pump, discovered on the Model Y SUV that started reaching consumers last month, that takes the hot air from parts of the vehicle and moves it around the car. This reduces the need to use the car's heating systems, reducing electricity use, and increasing the number of miles the car can drive between charges.

When discussing the idea in March 2020, Musk wrote that the "house could talk to car & know when you’re expected home, so temp & humidity would be perfect just as you arrive. No wasted energy." He added that it "could maybe tap the condensation for water too. Seems odd that HVAC systems make pure, fresh water & just dump it on the ground."

During the Wednesday earnings call, it seemed Musk had fleshed these ideas out further:

Taking all those things that we've learnt and applying to how an HVAC could be, and commercial HVAC could be, just very exciting. And then if you're condensing water, like why not also have it be a water source, if you have water, you possibly could then heat the water and have a water heater as well.

Kirkhorn also suggested users could "use it as a heat source...when the outdoors is really cold."

But as for any sort of release date, it seems the idea may not be top of the agenda for now. Musk summarized by noting the huge list of projects already on Tesla's plate.

"It could be a hell of a product," Musk said. "At Tesla, we have a tendency to bite off more than we can chew on the product front. So we've got to make sure...we got a lot of irons in the fire here, for new products with the Cybertruck, Semi, new Roadster and the Gigafactories in various parts of the world, building Model Y, Autopilot, Solar Roof."

The Inverse analysis A Tesla HVAC system could help Solar Roof owners use their energy in a more efficient way, leaving more electricity for other uses. A more efficient system could also improve the efficiency of heating and cooling, which counts for half the European Union's total energy use.

But Tesla has a lot of goals in mind that could push an HVAC onto the back burner. It wants to install 1,000 Solar Roofs per week, increase production on the Model Y, finish building the Berlin Gigafactory, launch three new vehicles and more. It wouldn't be surprising to see Tesla put this idea on ice for now, especially after Musk suggested in November 2019 that the Cybertruck would be the last product launch for a while.

More like this
Innovation
8.3.2022 7:30 PM
This genetically modified rice could transform the global food supply
By Joanna Thompson
Innovation
7.30.2022 11:00 AM
Congo peat swamps are under threat — with catastrophic environmental consequences
By Bart Crezee, Simon Lewis and The Conversation
Innovation
7.30.2022 10:00 AM
Railways around the world are literally melting — here’s why they can’t take the heat
By Kangkang Tang and The Conversation
Related Tags
Share: