“Let’s not redo cities the way that we do them now.” 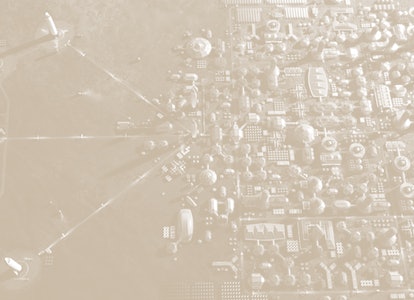 Elon Musk wants to build a city on Mars by 2050 — but a simulated mission shows he may need to make some much-needed tweaks.

The SpaceX CEO aims to send the first humans to Mars by the mid-2020s, using the Starship rocket currently under development at the firm’s Texas facility. It’s uncharted territory for humans, and researchers warn there could be unforeseen problems in Mars habitats like cabin fever and isolation.

NASA has undertaken a series of “analog missions” here on Earth to try and simulate these Mars missions, with the goal of uncovering problems before humanity actually reaches the planet.

MaryLiz Bender attended one such mission hosted by NASA Goddard. She’s a musician and co-founder of media studio Cosmic Perspective, and she spent 15 days in January 2021 at the remote HI-SEAS station in Hawaii. She tells Inverse that the mission revealed a number of issues that designers would have to resolve to make life on Mars more tolerable. One big one was a need to re-envision the communal space, a place she found essential to life on “Mars.”

“Let's not redo cities the way that we do them now,” Bender says.

Perhaps the most surprising tip seems like a relatively small fix, but one Bender says would make a huge difference: soundproof the living quarters.

Want to find out how Bender braced brutal power cuts, what life is really like on Mars, and what else Musk needs to change? Read the full interview, only in MUSK READS+.

Spring Sale — we are offering a limited-time sale to mark the start of spring 2021! Sign up with $21 OFF for annual subscriptions at just $99 per year! Be sure to act fast — offer ends March 26.

“I kept wanting to record my vocals for a song,” Bender tells Inverse. “But anytime I turned the mic on, there would be noise from other people. And, of course, they would hear me if I began singing. So that's crazy. You really don't have the freedom to express yourself the way that you normally do inside your own home.”

In the relatively small habitat, it’s a change that could make life a whole lot more bearable. HI-SEAS, which stands for the Hawai‘i Space Exploration Analog and Simulation, consists of a 1,200-square-foot (111 square meter) dome, with a habitable volume of around 13,000 cubic feet (around 370 cubic meters). It’s enough space to host six crew members, a laboratory, bathroom, kitchen, work area, and a simulated airlock.

HI-SEAS is designed to simulate the feeling of a real Mars mission. It’s located 8,200 feet (around 2,500 meters) above sea level on Hawaii Island, in the Mauna Loa mountain range. The visitors were tasked with exploring the nearby lava tubes, researching the life that migrates around the passageways.

It’s the sort of research that could reveal more about the lava tubes on Mars. But as Bender’s experience revealed, these analog astronaut missions could also reveal vital details about humanity’s future plans to get to Mars.