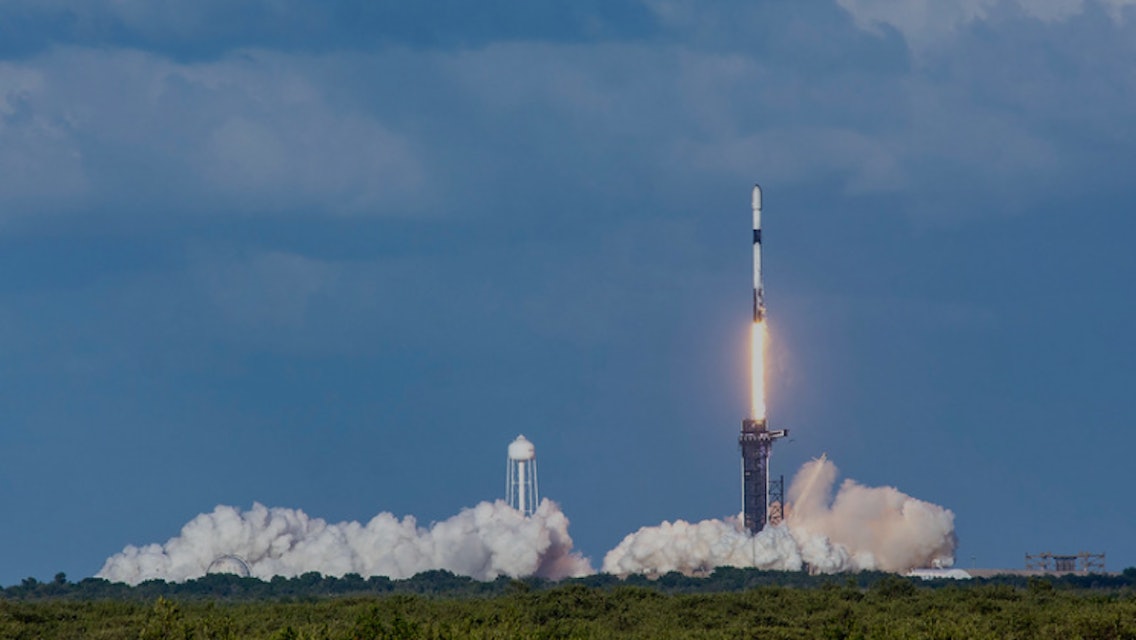 Last week, Musk Reads+ subscribers relived the Tesla Model 3 unveiling. This week, subscribers will hear from Jonas Eklind, CEO of energy storage firm Azelio, on how electricity grids can fight blackouts and climate change all at once.

“It is high time there was a carbon tax!”

On May 15, Falcon 9 made its third flight in three weeks, carrying 52 Starlink satellites and two unrelated customer payloads, a Capella Synthetic Aperture Radar (SAR) satellite and Tyvak-0130, an “optical spectrum astronomy observation satellite” according to its National Oceanic and Atmospheric Administration description.

The partially reusable rocket departed from the Kennedy Space Center in Florida, beginning its descent after two and half minutes for its eighth successful landing. You can watch as Falcon 9 makes a gorgeous descent on the “Of Course I Still Love You” drone ship, which was positioned over the crystal blue Atlantic Ocean:

This Starlink payload brings it to the home stretch of completing its first orbital shell, pushing its total to 1,567, a stone’s throw from the satellite project’s 1,584 goal.

Musk made huge waves with a May 12 declaration that Tesla would no longer accept Bitcoin payments for fear of its environmental impact, only three months after Tesla announced a $1.5 billion investment in Bitcoin. Read more.

Later, on May 16, Musk was inscrutable on Twitter about whether or not Tesla had sold its Bitcoin holdings. As of Sunday night Eastern Standard Time, his tweet instigated a Bitcoin price drop to around $45,000, its lowest since March.

This is Musk’s second instance of Twitter-assisted crypto-influencing last week. Dogecoin briefly surged after Musk tweeted on May 13 that he was working with developers to “improve system transaction efficiency.”

We’ve been overwhelmed by your support and kind words for our work. (Thank you!)

In other Musk news…

A ranked list of everything Musk-related and online; handpicked weekly with bionic precision.

10. A branch of the Institute of Social and Political Research is hosting an online symposium centered around Sorgner’s “On Transhumanism” at the end of May. Read more.

9. On May 14, five members of the SpaceX software team hit Reddit for an AMA on r/spacex. Read more.

8. Self-described “King of Tesla TikTok” @modelyflex has been pouring various substances on his seats (like Pepto Bismol, olive oil, and most recently, soy sauce) to demonstrate their stain resistance. Ok, thanks?

7. Marvel.ai is a platform that launched this week with the goal of producing voice deepfakes. It sounds cool, but does your voice really belong to you? Read more.

6. Elon Musk has recently been declared a proud stealer of memes. For years, internet denizens have been discussing if meme-stealing is ethical. They can’t seem to agree. Read more.

5. In late April, YouTuber Herr Fuchs created “The Elon Musk Song [OFFICIAL],” which, according to the brackets, is the official theme song for Elon Musk. It’s a sort of tame synth-pop track, I’d give it a 5.4/10. But look at those visuals.

1. And a piece of Musk history: In 2015, software engineer Tomas Lloret Llinares adapted Musk’s 37-year-old video game, Blastar, to work for HTML5. It’s a charming shoot ‘em up and is still available to play. Blast off.

This has been Musk Reads #247, the weekly rundown of essential reading about futurist and entrepreneur Elon Musk. I’m Ashley Bardhan, assistant to Musk Reads and mere servant to any potential A.I. overlords. I’m a writer from New York who has covered weird tech for Mel Magazine, the intersection of culture and games for Destructoid, and I’ll be taking over the Monday newsletter for the summer.

Why subscribe to Musk Reads+? You’ll be supporting in-depth, high-quality journalism about the world’s most ambitious change-maker, Elon Musk. Tesla investors, SpaceX critics, and anyone with an interest will find something they love in our offerings. Independent journalism is important now more than ever, and your contributions will help us continue in our mission to deliver interviews and analysis you won’t find anywhere else.

Musk Reads+ is a fully independent operation. We are not Elon Musk, nor are we employed by him. Our job is to report the events we find newsworthy, giving you the inside look at the worlds of space rockets, electric cars, clean energy, and more. It means firsthand accounts of a SpaceX rocket launch, Tesla insights from third-party analysts, and more.