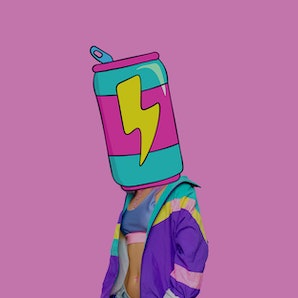 The year is 2002 and you've just cracked open a brand new, upsettingly crimson two-liter bottle of Mountain Dew: Code Red as you settle in for a long evening of shooting up alien worlds in Halo.

The sticky, red beverage may stain your lips and hurt your stomach in the hours of gaming yet to come, but what other options do you have? Coffee is too bitter and juice and water simply don't give you the same joie de vivre as the fizzy, flavored Dew can deliver.

But what if there were a beverage that could deliver both fizz, flavor, and nostalgic vintage aesthetics all at once? Enter: seltzer. While seltzer may have not been the drink of choice in the early 00s, those years were merely a brief blip on this fizzy beverage's centuries-long odyssey to conquer our taste buds.

Exhumed from the back closets of our parents and grandparents in the early 2010s, this drink has seen a resurgence in recent years thanks to the nexus of health obsession, ecoconsciousness and at-home soda technologies.

THE ORIGIN -- While seltzer in the year 2020 is often associated with pastel cans of La Croix, the origins of seltzer are much older. It all began in the late 1700s as European aristocrats flocked to medicinal spas centered around quaint, mineral springs. Doctors of the time believed that bathing in, as well as drinking, this naturally occurring effervescent mineral water could cure everything from indigestion to kidney problems. While seltzer has not proven to be the miracle cure they believed it to be, author Francis Chapelle explains in his book Wellsprings that, because of the springs' natural filtration, this fizzy mineral water may have just been of much higher quality than the polluted water spa-goers were used to in cities.

In 1772 an English chemist named Joseph Priestley uncovered the science behind these fizzy drinks that would help them break free from the small, spa towns. Priestley discovered that you could "impregnate" water with air bubbles by pouring it back and forth between cups over a vat of fermenting beer. He published his results in the (catchily named) study "Impregnating water with fixed air; in order to communicate to it the peculiar Spirit and Virtues of Pyrmont Water, And other Mineral Waters of a similar Nature."

While this tactic isn't how seltzer is made today, it did help usher in the initial commercialization of this drink. One of the spa towns, Niederselters, Germany, began to bottle their mineral water for worldwide export in 1787. Through various translations, this fizzy drink landed in America as seltzer.

“Seltzer is a chameleon,” Barry Joseph, the author of a children's book all about the stuff called Seltzertopia: The Extraordinary Story of an Ordinary Drink, tells Elemental. “Through time and all around the world, people have filled it with meaning, with the idea that it can communicate something about who they are and who they want to be.”

Thanks to Priestley's discovery some years earlier, seltzer was now ready to leave the spa towns behind and take American cities by storm in the form of old-fashioned soda fountains. The addition of flavored syrups, like lemon, by these drugstore chemists began seltzer's transition from health-food drink to sought after refreshment.

But seltzer's initial rise to fame was not destined to last -- at least not in the mid-1900s.

THE TROUBLE -- While the humble seltzer was never totally eradicated even during its slower decades, it did face a growing rival as (mostly white) Americans began to leave the cities for the suburbs in the 1950s and 1960s. With the transformation of urban soda fountains into suburban diners and fast-food chains came the newfound gravitas of another fizzy beverage: Coca-Cola.

Originally formulated in the late 1800s, Coca-Cola (or Coke) had been a soda fountain staple as well but American's growing taste for sweet, processed food and drink following WWII gave it a leg up when it came to conquering the country's evolving taste buds. Coupled with Coke's catchy and aggressive advertising campaigns during those years, seltzer never stood a chance.

The 1980s did offer a brief seltzer reprieve with the introduction of the sparkling water brand Perrier to the states, but a scandal from the company would set it back yet again. The company's entire U.S. supply was pulled from shelves in 1990 when benzene (a naturally occurring but toxic chemical that damages bone marrow and red blood cells) was found in the bottles.

HOW TECH SAVED SELTZER -- Despite its fumbles in the second half of the 1900s, seltzer has seen a big resurgence in the past decade.

The rise in popularity of drinks like La Croix or hard seltzers like White Claw can be partially attributed to a renewed consciousness about health and processed ingredients, but the arrival of a new seltzer technology to U.S. shores also changed the seltzer game forever: the SodaStream.

First invented in England in 1903 by the heir of a gin company, this at-home seltzer machine works by injecting carbonation into regular tap water and transforming it into a refreshing, fizzy beverage. After struggling to maintain relevance in the 1990s (much like seltzer itself,) SodaStream was given a global relaunch in 2009 with great success -- where the company only sold 730,000 units in 2007, it sold nearly 2 million in 2010. And in 2018 the company was bought by Pepsi for $3.2 billion dollars.

Not only does SodaStream, and similar at-home competitors like DrinkMate or the Aarke Carbonator, literally quench people's thirst, but they also help satisfy people's desire to be more ecoconscious. Using the SodaStream for one year can replace 550 single-use plastic bottles, according to the company.

"SodaStream is proud that millions of consumers around the world have chosen to use its reusable bottles to prepare 2 billion liters of sparkling water during the past year," said former SodaStream CEO Daniel Birnbaum when accepting the 2017 Business Intelligence Group Sustainability Award. "It's an important step toward saving our planet from the hazard of disposable plastic."

THE FUTURE -- From fighting off the soda giants to helping us save the planet, seltzer's journey has been long and full of unexpected twists and turns. During times like these, where we find ourselves weathering uncertain times at home, maybe whipping up a bottle of the fizzy stuff can be a reminder that even this too shall pass.

How Tech Saved is an occasional series from Inverse that explores how technology saved something that's great. Have a suggestion for a future How Tech Saved story? Let us know here using this form.