Bitcoin vs. Bitcoin Cash: Differences, benefits, and the future of each

Can Bitcoin Cash ever challenge Bitcoin's dominance? Here’s how it could play out. 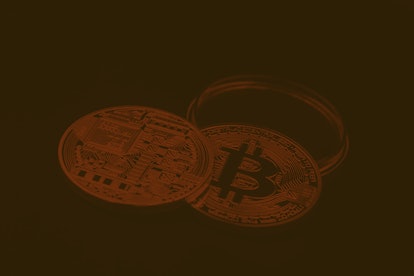 Bitcoin Cash was ushered into existence by a spinoff from the Bitcoin blockchain, referred to as a "fork" in the cryptocurrency world.

Similar to when, in the business world, organizations sell off parts of a company, turning them into stand-alone enterprises. These spun-off companies are usually expected to be worth more as independent entities than part of the larger business.

The so-called hard fork was implemented on August 1, 2017, after groups of Bitcoin (BTC) developers had put forward competing plans for improvements to the network’s protocol.

When they couldn’t reach a consensus on which protocol to adopt, Bitcoin theoretically split in two.

To describe the split, one analyst uses the analogy of a word processing software, saying (in so many words) that Bitcoin Cash (BCH) is like a new version of Microsoft Word, which generates documents that can no longer be opened on older versions.

In other words, following a fork, if one group of nodes (think “guardians” who monitor the blockchain to distinguish legitimate transactions from non-legitimate ones) continue to use the old software while the other nodes use the latest software, a permanent split occurs. So on the day of the split, for those who chose to make the switch, the amount of Bitcoin they possessed in their old wallets, was “converted” into Bitcoin Cash, also called Bcash, in their new BCH wallets.

The split was due partially to philosophical differences on which direction the two groups wanted to move. Some developers (the Bitcoin camp) saw the coin as more of a store of value, while others (the Bcash camp) wanted to encourage its use as a more transactional medium of exchange – hence the addition of the word “cash.”

Bitcoin Cash proponents — including the infamous Roger Ver, an early Bitcoin advocate who calls himself “Bitcoin Jesus” — were also worried about the scalability of Bitcoin as the coin continued to grow in popularity.

This is where BCH’s increased block size comes in, as a bigger block can process more transactions at once. At its inception, BCH used 8-megabyte (MB) blocks – as opposed to the 1-MB blocks used by BTC. And later, on May 15, 2018, in further attempts to better prepare the coin for mass adoption, BCH quadrupled its block size to 32-MB blocks.

At the end of 2017, due to an influx of new money into the crypto ecosystem, Bitcoin (as well as other coins) hit its first all-time high of almost $20,000. BCH developers arguably saw this all-time high coming and surmised that the Bitcoin network, as it were, would not be able to handle the ever-increasing number of transactions that would be coming in the near future. So they sought out an alternative (which would become Bitcoin Cash) that would be able to scale up and grow more seamlessly.

Another factor that contributed to the split was related to the running of nodes. Bitcoin advocates wanted to keep blocks small so that nodes could operate with fewer resources, something arguably more in line with the decentralized philosophy at the heart of cryptocurrencies.

By contrast, with Bitcoin Cash’s larger block sizes comes the need for more powerful computers to run nodes which, in turn, tends to demand a more well-funded, centralized ecosystem.

While the Bitcoin camp sees second-layer solutions like The Lightning Network as a better method for scaling (I intend to discuss this deeper in a future article), the Bitcoin Cash camp believe that bigger block sizes will ultimately lead to a network more people can transact on, hoping in the future BCH will be a sort of "PayPal 2.0."

Poking holes in the “Bitcoin as digital gold” narrative

Now we’ve got a grasp of the history behind the split, let’s dive in a little deeper and look at some of the other significant differences between the two coins, notably, transaction costs and transaction fees.

Advocates of Bcash, in attempts to market their coin, try to poke holes in the Bitcoin as a digital gold narrative. They do this on their website by pointing out that the worldwide cash market is worth $100 trillion, compared to only $10 trillion for the worldwide gold market. The logic of BCH enthusiasts being: because the cash market is 10x larger than the gold market, Bitcoin Cash has not only a stronger use case but also “bigger upside potential.”

Bcash enthusiasts also point out that of the 3 trillion transactions per year in the global market, 75 percent are cash, with just 13 percent being credit/debit cards (and 12 percent "others”). These figures, they argue, highlight why BCH, with its lower fees and speedier processing times, is better suited for mass adoption by everyday, cash-spending consumers.

“Even 1 percent of global transactions would mean 82 million transactions per day for BCH,” states the website Why Bitcoin Cash?.

In addition to the BCH fork, there have been dozens of other forks and experimentations within the Bitcoin ecosystem. Some never became operational, many have fallen into obscurity, but there are a few that remain somewhat relevant. Bitcoin Gold (BTG) came into existence in late-2017 and was centered around alterations to the mining algorithm. In late-2018, the Bitcoin Cash blockchain experienced a hard fork resulting in the creation of a new cryptocurrency called Bitcoin Satoshi Vision, aka Bitcoin SV (BSV), that supports up to a 2-gigabyte (GB) block size.

It receives much less attention and investment compared to “OG” BTC

One thing is for sure, all coins created by forks off Bitcoin and Bitcoin Cash are, as of yet, receiving much less attention and investment compared to original, or “OG”, BTC, which has a market capitalization of over $1 trillion. As per Coin Market Cap, the three other closest “competitors” – Bitcoin Gold, Bitcoin SV, and Wrapped Bitcoin (WBTC) – have a combined market capitalization of just over $17 billion between the three.

As for Bitcoin Cash, the coin’s market cap is currently just over $18 billion — more than 50 times less than Bitcoin. To further put this in perspective, consider that Dogecoin’s market cap is almost four times larger than that of Bcash. Maybe the meme-based cryptocurrency is not so much of a joke coin after all!

Eventually, BTC and BCH may be able to coexist with different applications: BTC acting like “digital gold” (a store of value) and BCH working like a “PayPal 2.0” (a medium of exchange). But the BCH ecosystem will have to grow significantly before that possibility can be realized, a scenario that is not helped by repeated forks.

There are also concerns about whether the project can continue moving toward its goal due to its fractured community and history of infighting.

The good news is that the global crypto market cap (as a whole) hit an all-time high of $2.36 trillion on May 5, 2021. This milestone can be attributed, in part, to favorable industry sentiment (generally speaking). And also to recent Bitcoin gains; BTC’s so-called dominance against all other cryptocurrencies is astonishing, currently sitting at 45.52%. Another notable factor that has contributed to this milestone is Dogecoin, which has seen over 100% gains in the past 7 days and has moved up to fourth place by market cap (at ~$80 billion).

The bad news for Bitcoin Cash is that yesterday the coin (again) dropped out of the top ten, being replaced in part because of an influx of cash into Litecoin which has seen gains of almost 40 percent over the past 7 days (LTC’s market cap is currently ~$23.5 billion). While BCH did jump back into ninth place today (with a market cap of ~$24.2 billion), there is still a lot of jostling around, and by the time this article is live, it’s very possible the coin could have again lost its place in the top ten.

With so many players and variables involved, it’s basically a full-time job to monitor the prices and rankings of the cryptocurrency market (if you could see the edits on this story in the past 36 hours!).

So while I’m not going to offer any speculation on price, the bottom line, in my opinion, is as follows: Bitcoin’s dominance will continue, and the coin will, in fact, be able to address its scalability issue.

While BCH may have its use case as a more transient medium of exchange, it will never be in the same league as its predecessor, the world's first and most valuable cryptocurrency, BTC.