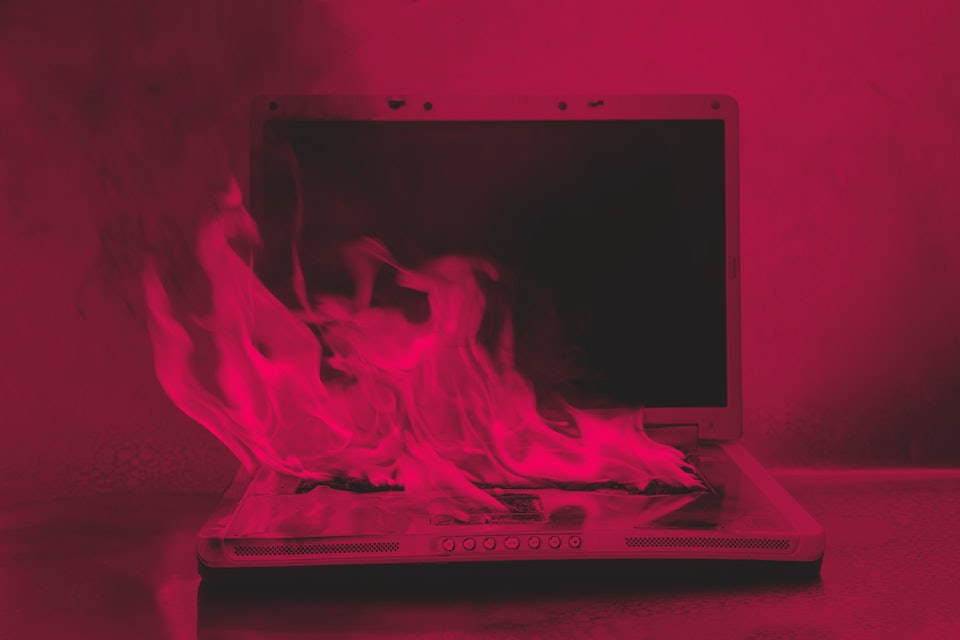 This week, researchers have trumpeted a new innovation that could improve the safety of lithium batteries by keeping them from spontaneously bursting into flames.

Subscribing to the mantra, "if you can't beat them, join them," a team of nanotechnologists from the University of California San Diego (UCSD) have developed a technology that gives people enough time to discard a device with a failing battery before it catches fire.

Their research paper explores this mitigation approach was published this February in the journal Advanced Materials and describes how the effects of a battery's catastrophic failure can be lessened by creating a "spillway" for electrons to exit the battery through. The paper's first author and USCD Ph.D. student, Matthew Gonzalez, said in a statement that this is similar to how a dam might release pressure to avoid a full break.

"When a dam starts to fail, a spillway is opened up to let some of the water trickle out in a controlled fashion so that when the dam does break and spill out, there's not a lot of water left to cause a flood," said Gonzalez.

But in this case, the water is electrons and the dam is something in the battery called a separator. Typically, a separator is designed to (as the name would suggest) separate the anode and cathode in a battery to control electron flow. In a battery with dendrite damage, this separator is pieced and dendrites bridge a connection between the anode and cathode to spike electron flow. Instead of waiting for that to happen, the team's added spillway diverts electron flow more slowly as to not overwhelm the battery.

"We are draining out the charge much, much slower and prevent a 'flood' of electrons to the cathode," said Gonzales. "When a dendrite gets intercepted by the separator's conductive layer, the battery can begin to self-discharge so that when the battery does short, there's not enough energy left to be dangerous."

The researchers write that their spillway is constructed using conductive carbon nanotubes that capture and divert the charge after a dendrite breaks through the separator. What would have taken a typical battery one cycle to discharge, in experiments this new separator showed it could disperse the effects across twenty to thirty cycles instead.

While this is certainly not the fate of every lithium battery out there, it is an inherent risk thanks to naturally forming dendrite spears, think battery plaque, that grow inside these batteries and can cause a spike in electron flow, overheating and short-circuiting. In previous work, scientists have tried to eradicate these spears or at least keep them from creating these dangerous discharges, but both approaches have shown little substantial improvement. Without better safety measures, it's hard to imagine how batteries like these will create a new generation of environmentally friendly devices and transportation.

The team's lead researcher and professor of nanoengineering at UCSD, Ping Liu, tells Inverse that this mitigation approach is a unique alternative to the dendrite problem.

"[T]he study is unique in taking this mitigation approach," says Liu. "The most relevant prior work might be the "trilayer" separator [that] extend[s] the life of lithium-based rechargeable batteries by reaction of lithium dendrites with a novel silica nanoparticle sandwiched separator. The approach claims a chemical reaction between lithium and silica in the mid-layer to slow down the march of the dendrites. Unfortunately, the method does not provide a gradual warning and the reaction rate might not be fast enough to arrest the dendrite."

While the team's spillway separator won't prevent your battery from eventually dying, Liu tells Inverse it will allow it to do so in a much safer way.

"In the event of an internal short, a single cycle failure is usually sudden with large current and temperature rise," says Liu. "This is not very harmful when the battery is very small. However, when similar events take place in large batteries, safety incidents occur. If the short is gentle and the failure takes place over several cycles, there is no safety danger and the system has ample time to replace the faulty battery."