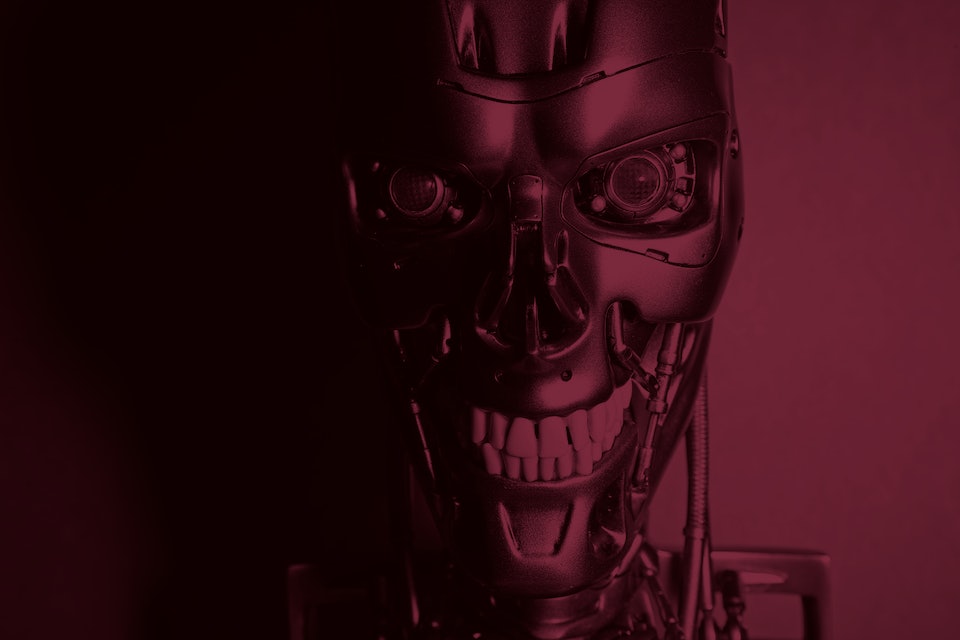 It may not look like much now, but MIT is developing the closest thing we've got to the robot skeletons of Terminator.

Instead of synthetic muscle tissue, these artificial muscles and soft robotic grippers are made by using liquid-filled balloons heated by fine-tuned magnetic fields. These magnetic fields eliminate the need for additional bulky components and also improve efficiency to the extent that the entire system can be powered using only two lithium-ion batteries.

Seyed Mirvakili, the first author on the paper and post-doctoral biomedical engineer at MIT, tells Inverse that this marks the first time that artificial muscles like these have been designed to operate untethered.

"Here, for the first time, we are showing it is possible to actuate pneumatic based actuators without the use of bulky peripherals such as compressors, valves, and pressurized gas tanks. Our approach makes the previously designed muscles operating untethered," says Mirvakili. "[W]hich makes is usable for untethered soft robotics and portable applications."

While still in the early stages of development, free-roaming, energy-efficient muscles like these could be used to create ultra-small drug delivery pumps and who knows, may even human-like cyborgs in the decades to come.

In the study, published Wednesday in the journal Science Robotics, the researchers describe their initial model of these muscles as nothing more than a magnetic particle-filled water balloon in a carbon fiber fishnet. This balloon contraption sat nestled in a magnetic coil so that induction heating from the coil could heat the water inside the balloon to create steam. The carbon fiber provided a structure for the ballon to expand in without tipping over or forming a sphere.

"They are really as soft as human skin," says Miravakili. "The website of the manufacturer describes it as [being] 'very soft, very strong and very 'stretchy.'"

The researchers found that the pressure created in the balloon-muscle through this liquid-to-gas phase change was enough to create a 20 percent strain (how deformed the muscle appeared) in 10 seconds and exert 40 kilojoules/meter cubed of mechanical work (how much energy it can exert on another object.) These mechanical forces are proportional to that achieved by the human body, the authors write, and meant that the muscle was capable of lifting heavy loads compared to its weight.

But Miravakili says that despite their relative strength, these artificial muscles aren't capable of hurting you, unless you touch them when they're still hot from the induction process.

"For the linear actuator design, the body of the actuator is hot which might hurt touching but the actuation side is at the room temperature," says Miravakili. "Depending on the boiling point of the fluid, it might or might not hurt. For the soft robotic gripper we used a fluid with a boiling point of 61'C. I touch it and didn't hurt me but if we use water (boiling at 100'C) then sure it hurts."

After establishing the functionality of these magnetically induced muscles in the balloon model, the researchers tried to see how it could work for soft robotic grippers as well. To do this they designed two different silicon grippers, one that looks like a curled index finger and one that looks like a human claw machine.

Miravakili tells Inverse that these grippers are made from a material called Ecoflex, which happens to be the same material used in the film industry to create face masks. As a result, Miravakili says these grippers feel just like human skin.

"They are really as soft as human skin," says Miravakili. "The website of the manufacturer describes it as [being] 'very soft, very strong and very 'stretchy.'"

The researchers tested these grippers on a variety of different objects, including a 65 gram boiled egg and tennis ball and a 14 gram Christmas ornament and found the grippers were able to handle the weight for all three.

As this technology continues to develop the researchers write that learning how to further shrink the technology and learn to operate it at temperatures cooler than boiling will be important challenges to overcome. Mirvakili tells Inverse that these future developments would allow the technology to be used in tactical displays and even in medicine as small drug delivery pumps.

Abstract: Pneumatic artificial muscles have been widely used in industry because of their simple and relatively high-performance design. The emerging field of soft robotics has also been using pneumatic actuation mechanisms since its formation. However, these actuators/soft robots often require bulky peripheral components to operate. Here, we report a simple mechanism and design for actuating pneumatic artificial muscles and soft robotic grippers without the use of compressors, valves, or pressurized gas tanks. The actuation mechanism involves a magnetically induced liquid-to-gas phase transition of a liquid that assists the formation of pressure inside the artificial muscle. The volumetric expansion in the liquid-to-gas phase transition develops sufficient pressure inside the muscle for mechanical operations. We integrated this actuation mechanism into a McKibben-type artificial muscle and soft robotic arms. The untethered McKibben artificial muscle generated actuation strains of up to 20% (in 10 seconds) with associated work density of 40 kilojoules/meter3, which favorably compares with the peak strain and peak energy density of skeletal muscle. The untethered soft robotic arms demonstrated lifting objects with an input energy supply from only two Li-ion batteries.