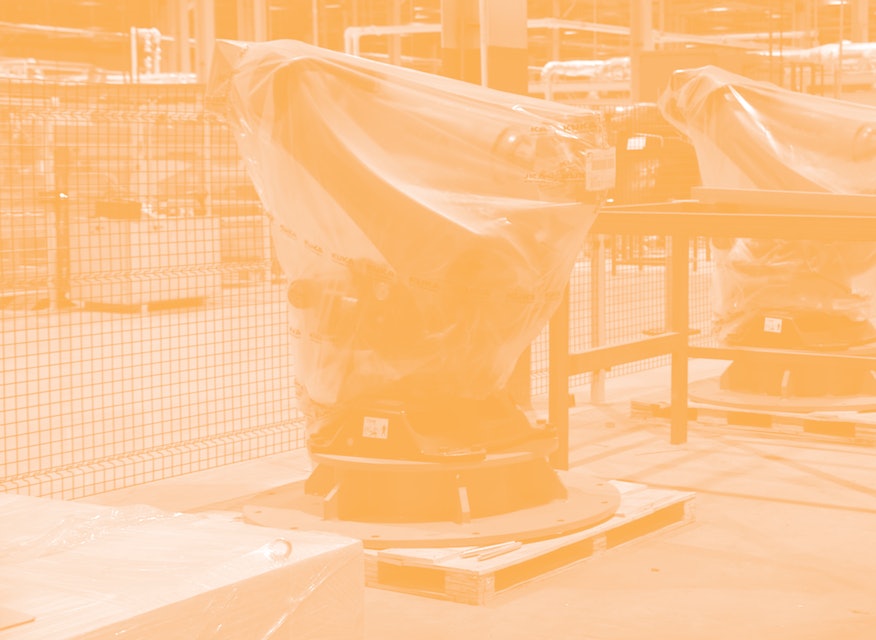 The most worrying scene in American Factory may be one toward the end.

The documentary covers a former General Motors plant near Dayton, Ohio, which is re-opened by Chinese auto glass manufacturer Fuyao. After several years of workers from China and the U.S. struggling to merge the two working cultures, the factory finally starts turning a profit from 2018.

Then, as chairman Cao Dewang tours the now-successful factory, he hears about plans to replace four workers in one area with robots.

The threat of automation lingers over the final scenes of the Oscar-nominated documentary, as screen overlays explain that the employees still make just $14 per hour despite the improving fortunes. The film (it's currently showing on Netflix) was the first from Barack and Michelle Obama’s Higher Ground Productions, and a new wave of politicians are now seeking to provide answers to some of the film’s issues. A universal basic income? A jobs guarantee? Perhaps, as Tesla’s experience suggests, automation is not as straightforward as ripping out the workers and replacing them all overnight.

Inverse spoke with producer Jeff Reichert (nephew of co-director Julia Reichert) about the culture clash, the rising robot revolution, and whether a rapidly-shifting workplace could spark a sequel.

Inverse: First off, congratulations on the nomination! Could you tell us a bit about some of the aspects of filming that really stuck out to you?

Reichert: One thing that we did really expect to see and I think we were able to portray in the film was what happens when these two cultures come together. In the early days of this enterprise, it was funny, light, you had American workers really curious about Chinese workers [and vice versa] and it was a lot of fun. You see that in the first maybe 45 minutes of the film, there’s a kind of lightness. But I think we all knew that it wasn’t going to last for long. And it didn’t, because at a certain point, the company needed to start turning a profit. You could feel it in the air, the sense of, ‘oh God, we need to do things to make this thing work better.’

And then of course, something that we noticed throughout, but then especially since we’ve been back in the factory since the end of filming, is the introduction of the robots. There was always automation, but we definitely got the sense over time that there are more robots.

The Fuyao folks, after seeing the movie, said, ‘well, those jobs that we were talking about getting rid of, we ended up actually moving a lot of those people to different parts of the facility as we expand our operations.’ And sure, but how long is that gonna last for? I think the writing is on the wall. If they could find or train a robot to do it, then why not have the robot?

You mentioned this culture clash. There is this theme where the Chinese workers believed that there is a big difference in American attitudes toward work. Do you feel like that was grounded in reality?

In terms of what the Chinese thought about American workers, I think a lot of them were surprised at how tough American workers are. Wong says in the film he had this idea that American workers were just kind of spoiled. But then he would see people he worked with having to go work two jobs just to make ends meet, and he was flabbergasted.

By the same token, you have Americans who have this idea that the people from China are almost like robots in and of themselves. The idea that the Chinese live to work and the Americans work to live is something that we would hear from American workers all the time. That’s not really the case, either. I mean Wong, he loves Fuyao, but his goals are the same as the American workers. He wants to make sure his kids get an education and have better opportunities than him, he wants to buy a house.

It was interesting to see for us the kind of similarities you could find between working people from around the world. We wanted to bring those ideas to the fore, while still honoring that these are two different cultures.

One of the things that surprised me in the film was that the workers voted against unionization.

I hope we were able to communicate in the film that there are certain things that are going to happen in the relationship between management and workers in capitalism, regardless of culture. Take the union battle for instance. None of the Chinese workers voted for the union. But that’s also because they were heavily messaged against doing so by their employers. The actions undertaken by the Chinese to hire the labor relations consultants, et cetera, they learned that from Americans. That wasn’t some strategy that they brought over from China. The way workers are being squeezed, those kind of things are happening in factories everywhere.

Was there anything else that took you by surprise?

Before going [to China], I asked some of the Chinese workers what Fuqing is like. They said, ‘oh God, it’s so boring, it’s such a small town.’ And then we got to Fuqing and it was like, this metropolis! You start to realize how your sense of scale of the world has cultural assumptions baked in.

Going into the Fuyao factories in China and seeing what an average middle-class working experience looks like…it was not what we’d expect. Look, there are huge issues around labor and there are films that have documented this and brought it to the West that are super vital. My expectation was based on those kinds of images, people working in horrible hellscapes, apocalyptic situations. We went in and it was just…folks working their jobs. The place seemed fairly clean and well lit. And the workers said ‘yeah, we work really hard and it’s a lot of hours, but it’s way better than so many other opportunities.’

That does remind me of a particularly touching scene where one of the American employees visiting Fuqing says how we’re all one people and the visit brought that home to him.

I think in that moment, he really, really felt that there was something happening there, a community spirit. That was really powerful.

What’s happened in China over the past few decades, it’s been an economic miracle that has lifted millions of people from poverty, but there are costs to that. We were really excited that the film has been pirated so much in China. People are starting to look at the conditions for workers in America and China through the lens of the film and saying, ‘Wait a minute, we’ve gotten really far, but what’s the cost of that? And can we make things better for workers?’

Did you see much of a divide in attitude when it comes to automation?

As far as we could tell, in the Fuyao facilities we toured, we didn’t see a ton of automation. Not in the same way as there is in the U.S. We saw more people who had worked these jobs for a really long time. There was an efficiency [in Fuqing].

But it is something that I think about. Wong, in his mind…he’d like to retire from Fuyao, like so many Americans wanted to retire from General Motors. I don’t know, is that actually going to be feasible for him? Is there a point when a company like Fuyao decides that it is more cost-effective to retrofit these older facilities with robots?

It seems there’s not too much drive because they feel it’s running efficiently already. But then there’s the argument that it was always going to be difficult to start a new factory halfway across the world.

For sure, but Fuyao has facilities in Germany and Russia. Apparently the Dayton endeavor was one of the hardest to get going, but apparently now it’s been running a profit since 2018.

Even though the Fuqing factories are efficient at running a certain way, if they decide that the robots will make it run X number of dollars faster, when does the cost-benefit kick in to move people out and get the machines in?

Did the American employees have much of an opinion on these robots coming into the factory?

For sure. One of my favorite quotes that didn’t make in the film was a meeting where people were expressing concern about what’s going on with the robots and asking their management, ‘Well, what’s the plan for this? Because we’re all here as humans, we see these robots coming in. What are you going to do with us?’ And one of the American workers is like, ‘In the future, it feels like the robots are going to do the work. They’re going to have dogs to protect the robot, and then they’ll have a human around to make sure the dogs are fed.’

Quite a dystopian sort of vision!

Sure. One of the things that we hope will come as a result of the film is a question of like, automation doesn’t have to be a bad thing. Wouldn’t it be amazing if we could have automation come in and take people off of jobs that are breaking their bodies and souls and put them in places to manage the robots or something? But we’re not confident that is the conversation right now within companies.

I imagine employees aren’t too keen on being forced to re-train.

I’m sure it depends, worker to worker. There are a lot of folks there who are at Fuyao, for instance, who used to work at GM and were really excited about the possibility of learning new tech. But it’s not for everybody. And you can’t just phase people out if they’re not adept at computers.

Rob Haerr from the film, he’s an older gentleman, a good worker, worked a number of different jobs. At Fuyao, he just got too slow with the computers and they got rid of them. That’s something we don’t think is fair. We feel like workers don’t really have a seat at the table when governments and businesses are having these conversations about what to do with labor.

What do you think the factory of 2030 looks like?

It’s probably going to depend on what the product being made is, but seeing how Fuyao’s American facility evolved over the course of three or four years of filming…I feel like we are going to see more robots. The technology seems to be getting more dexterous and nimble.

It was eerie to go back to the factory, like a year after we finished filming, going past this place where I know five or six people used to work and just see a robot pulling the glass off the line and putting it up to be packed. And I’m sure it’s because they figured out how to make the robots do that in the interim. What happened to those people? Maybe they were moved to other parts of the facility as the folks there have said, who knows, but I think it’s just going to keep happening as the technology gets better.

My feeling is that it does look like more robots. But can we figure out opportunities for humanity to still exist within that context?

This movie is sort of a kind of a spiritual sequel to another movie, The Last Truck, which Julia and Steven made about the closing of the plant. People often ask us, what do you think of a third? Could it be a trilogy? And some of the questions that are playing out right now that we’ve been talking about could spark something like that.

So a third film…watch this space?

Well, if we get back in there!