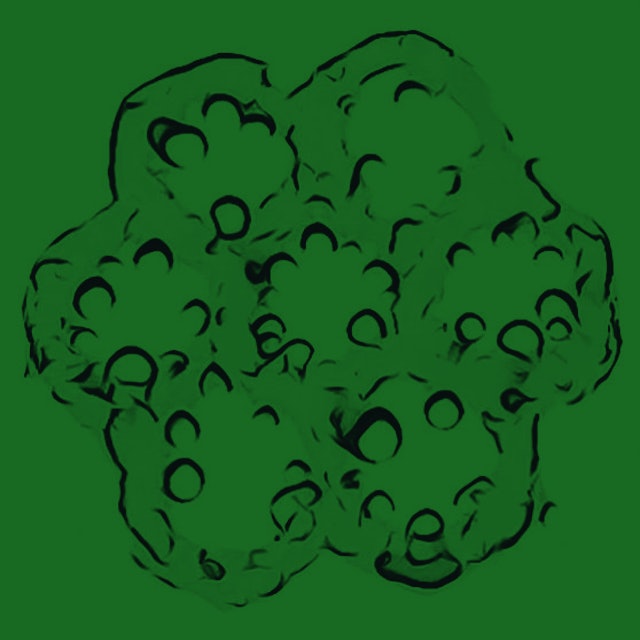 An organ transplant can mean the difference between life and death, but low numbers of donors and an ever-growing waitlist mean that this life-saving procedure is more the exception than the rule. According to the World Health Organization, only 10 percent of transplant needs are met.

As a result, millions of people across the world die prematurely from organ failure.

There has to be a better way to solve this problem, and a team of scientists might've just cracked it. In a new study, researchers describe a new and improved approach to 3D printing biological tissue that uses a strange secret ingredient: algae.

This slimy green addition acts as a veritable HVAC for the tissue, providing quick, affordable, and non-toxic oxygen directly to the cells. Using a model like this, scientists could test new drugs, design new foods, and, most importantly, repair or replace failing organs.

This new study, which was published Wednesday in the journal Matter, is not the first to think of injecting algae into 3D organs, but the study's senior author and bioengineer at Harvard Medical School, Y. Shrike Zhang, says in a statement that theirs is the first "true example" of how these different tissue types can work together.

"Our study provides a unique example of how we can harness the symbiotic strategy, very often seen in nature, to promote our ability to engineer functional human tissues."

The algae in these tissue scaffolds look more like jello molds than actually human tissue. But this is a serious attempt to fix a pesky problem that plagues these artificial tissues — cell death. Essentially, inadequate oxygen supply can choke out the living cells and make the tissue unusable.

Other oxygen-releasing biomaterials, like sodium percarbonate and hydrogen peroxide, have been tested before in similar tissue models, but have often resulted in toxicity and again, cell death.

So Zhang and the team turned to a greener solution: Chlamydomonas reinhardtii.

Printing a green liver — Before they could begin constructing their algae-based tissue, the team first had to find a way to incorporate this single-celled organism into their bioink, a goopy substance filled with biological material. Using a bio-ink made from cellulose, the team was able to squeeze C. reinhardtii into a syringe for future extrusion by a bioprinter.

They then combined both the bioprinted algae and human liver-derived bio-ink into a 3D, honeycomb-like matrix. At its tallest, the sticky looking model was 20-layers tall.

Finally, to transform their tissue from a plant-human hybrid into something a little more recognizable, they melted away the algae bioink using an enzyme, and filled the microchannels it left behind with human vascular cells — just like veins in the human body.

"Development of such a fugitive bio-ink that allows initial oxygenation and subsequent vessel formation within a single tissue construct has not been reported before," Zhang explains. "This is a critical step toward successful engineering of viable and functional tissues."

The big picture — While the results are promising, Zhang cautions that the technique is not ready for prime time just yet.

"This technology cannot be immediately put to human uses," Zhang says. "It is still proof-of-concept and will require significant follow-up studies to translate."

Future tweaks could include optimizing light conditions for the algae and improving the growth environment for both cells. But ultimately, the authors are excited about the possible doors this research opens, including personalized medicine, advanced food engineering, and even full organ replacements.

Abstract: In this study, we present the photosynthetic oxygen (O2) supply to mammalian cells within a volumetric extracellular matrix-like construct, whereby a three-dimensional (3D)-bioprinted fugitive pattern encapsulating unicellular green algae, Chlamydomonas reinhardtii, served as a natural photosynthetic O2 generator. The presence of bioprinted C. reinhardtii enhanced the viability and functionality of mammalian cells while reducing the hypoxic conditions within the tissues. We were able to subsequently endothelialize the hollow perfusable microchannels formed after enzymatic removal of the bioprinted C. reinhardtii-laden patterns from the matrices following the initial oxygenation period to obtain biologically relevant vascularized mammalian tissue constructs. The feasibility of co-culture of C. reinhardtii with human cells, the printability and the enzymatic degradability of the fugitive bioink, and the exploration of C. reinhardtii as a natural, eco-friendly, cost-effective, and sustainable source of O2 would likely promote the development of engineered tissues, tissue models, and food for various applications.