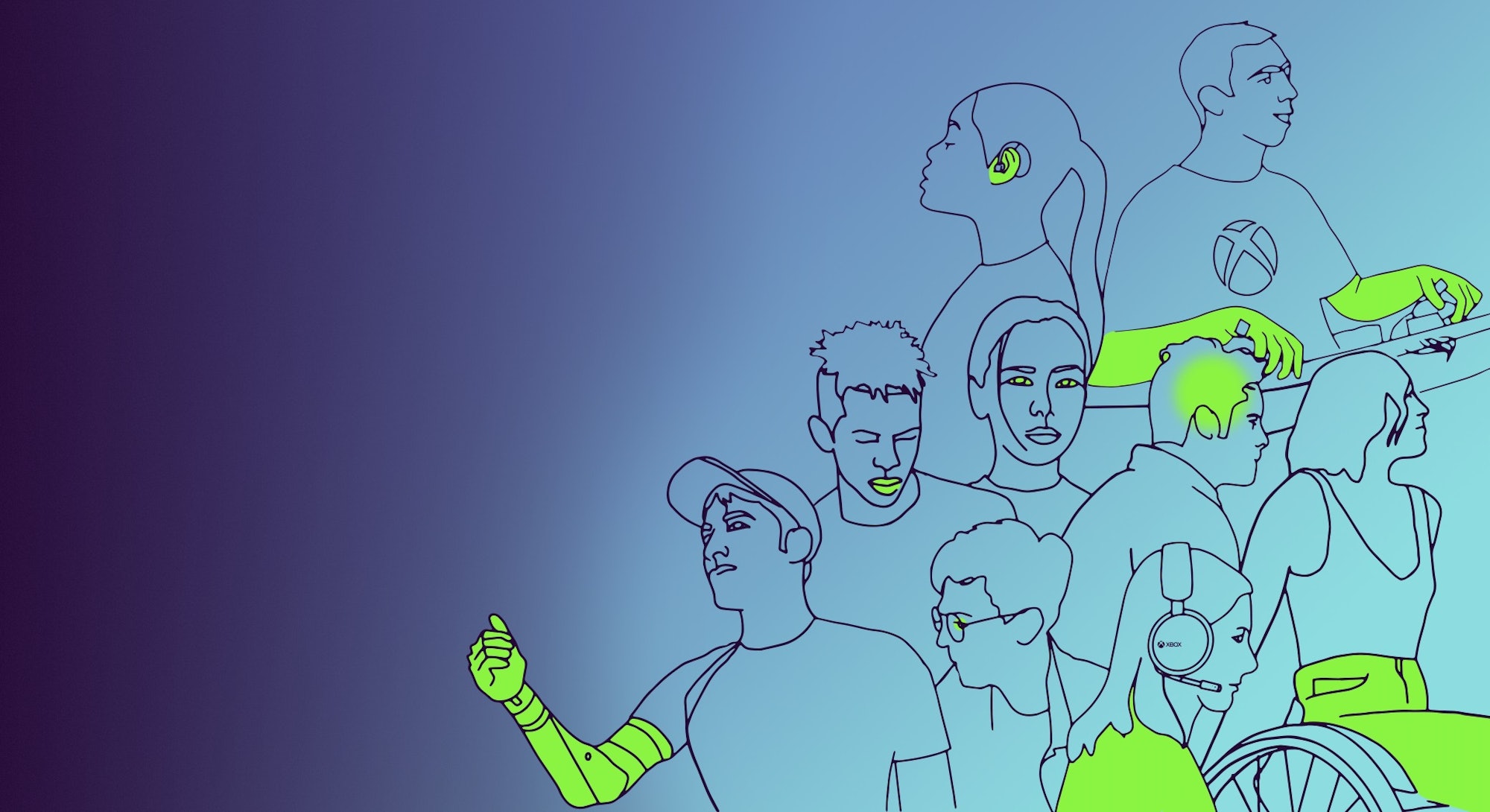 We’ve all bought games we never got around to playing.

But buyer’s remorse can be a particularly bitter pill to swallow upon realizing you quite literally cannot play a particular game. It's a feeling that’s all too familiar for millions of players with disabilities.

“Most people want to play the games, and not just search for a whole bunch of games that they may or may not be able to play,” Mortaloni tells Inverse. “We want to make it easy for people to find the next game that they can play because it meets their needs and that they will love.

“There really is nothing more frustrating than thinking you found a really cool game that you want to play and then finding out you can't within seconds,” she adds.

The accessibility team at Xbox has been working for the past few years on its first attempt at a solution to this ongoing problem. Category tags that parse digital content by genre are familiar to us all by now, but Microsoft has taken that concept one step further by implementing a new classification system to champion the industry’s most accessible content.

Ahead of the full launch which will expand the tags to Xbox.com, PC, and Game Pass in the coming months, Inverse spoke with Mortaloni to learn more about how the feature works, the measures the team is taking to ensure it remains a reliable resource, and how it can make video games a more welcoming pastime in the years ahead.

With triple-A game prices steadily creeping up to a new $70 price point, the stakes are higher than ever. If I’m hard of hearing, how do I know which games have large customizable subtitles? If you have motor limitations like me, how do you know which titles include remappable controls, or intricate difficulty settings to mitigate your condition? This system looks to address those concerns.

Testing of the feature is currently underway in the public Xbox Accessibility Insider League (XAIL) branch on all modern Xbox consoles. XAIL is free for all Xbox owners to join and is a group specifically designed for testing accessibility features in games and the Xbox operating system. It currently has around 60,000 enrolled members.

Mortaloni has spearheaded accessibility initiatives throughout her 15 years at Microsoft, with a large portion of that time dedicated to fortifying the sustainability efforts of the Office 365 platform.

“It's intentionally a little bit aspirational.”

“It was like day one, getting to experience what our customers dealt with after we shipped something,” she recalls of her past work, “hearing their perspective of 'well it's not working for me, because I'm doing it this way.' All of the people who use our products use it a little differently.”

That mindset transitioned into this first iteration of accessibility tags, which includes 20 different categories including gameplay, audio, input, visuals, and more features based on a combination of feedback from disabled gamers, developers, and internal research.

But categorizing games according to their base accessibility is only one part of the process. Microsoft has also implemented fairly strict guidelines to make a game worthy of any given tag. To be tagged for “subtitle options,” for example, it’s not enough for a game to simply include subtitles. Instead, the product must feature customizable subtitles that can be resized up to 200 percent, a qualification met by few games being made today.

“It's intentionally a little bit aspirational because it's our chance to kind of reach for the stars in a way,” Mortaloni explains. “The hope is that it inspires developers to go the extra mile to include those accessibility features.”

“We want to get more people into the gaming field, specifically gamers with disabilities.”

Ultimately, Mortaloni says “it would be a disservice to the community” to not have strict guidelines for the tags because each tag has to be demonstrably accurate to account for the wide range of possible accessibility needs and conditions. Setting strict conditions for each tag also prevents game developers from wrongfully tagging their games just to make them appear in the store as well, because each participating title must meet the standards.

It’s a landing hub designed to showcase the most accessible titles overall, rather than a promotional space. Instead of being chosen by hand, the titles featured on that page will be chosen based on the number of accessibility tags each game has unless feedback on the feature takes it in another direction.

Like most accessibility initiatives in gaming and elsewhere, the true intent of these tags could take years to fully realize. Their biggest pitfall is perhaps that, even though many accessible games currently exist that may meet the strict specs for tagging, it’s entirely up to developers and publishers to manually submit their games for tagging, meaning it will take some time before the list of applicable games is anywhere near comprehensive. For now, however, the initiative on its own is a step in the right direction.

This latest initiative from Xbox arrives in the midst of National Disability Employment Awareness Month, a 31-day celebration in October to encourage the hiring of disabled employees. Microsoft currently enlists unpaid XAIL testers to improve features like the accessibility tags, but the company also offers paid positions under NDA as well.

Xbox aims to raise awareness for hiring disabled employees by launching a free 100-level Gaming Accessibility Fundamentals Course on MS Learn later this month. It’s suitable for anyone interested in gaming accessibility, regardless of development experience.

“We want to get more people into the gaming field, specifically gamers with disabilities, not just because they play games,” Mortaloni says. “We want a way to have them prove out their accessibility knowledge and be hired for that, with a bonus that they bring unique perspectives into their job.''

Even with the best hiring practices and corporate synergy, attempting to cater to every gamer’s needs may seem like a daunting task. That’s part of why it’s so rewarding.

“I love it because it shifts my perspectives, and helps me think of how people game differently than me,” Mortaloni says. “Then I get to apply that to other games or other features and other things in my life. It helps make me a better person because I see all these different perspectives and get to bring that back into the work I do.”

Almost every developer or accessibility expert I’ve spoken to describes their work as an insurmountable challenge with ultimate gratification. If Xbox’s work with store tags means I can one day escape the seemingly never-ending cycle of accessibility buyer’s remorse, I’ll gladly wait a little longer.