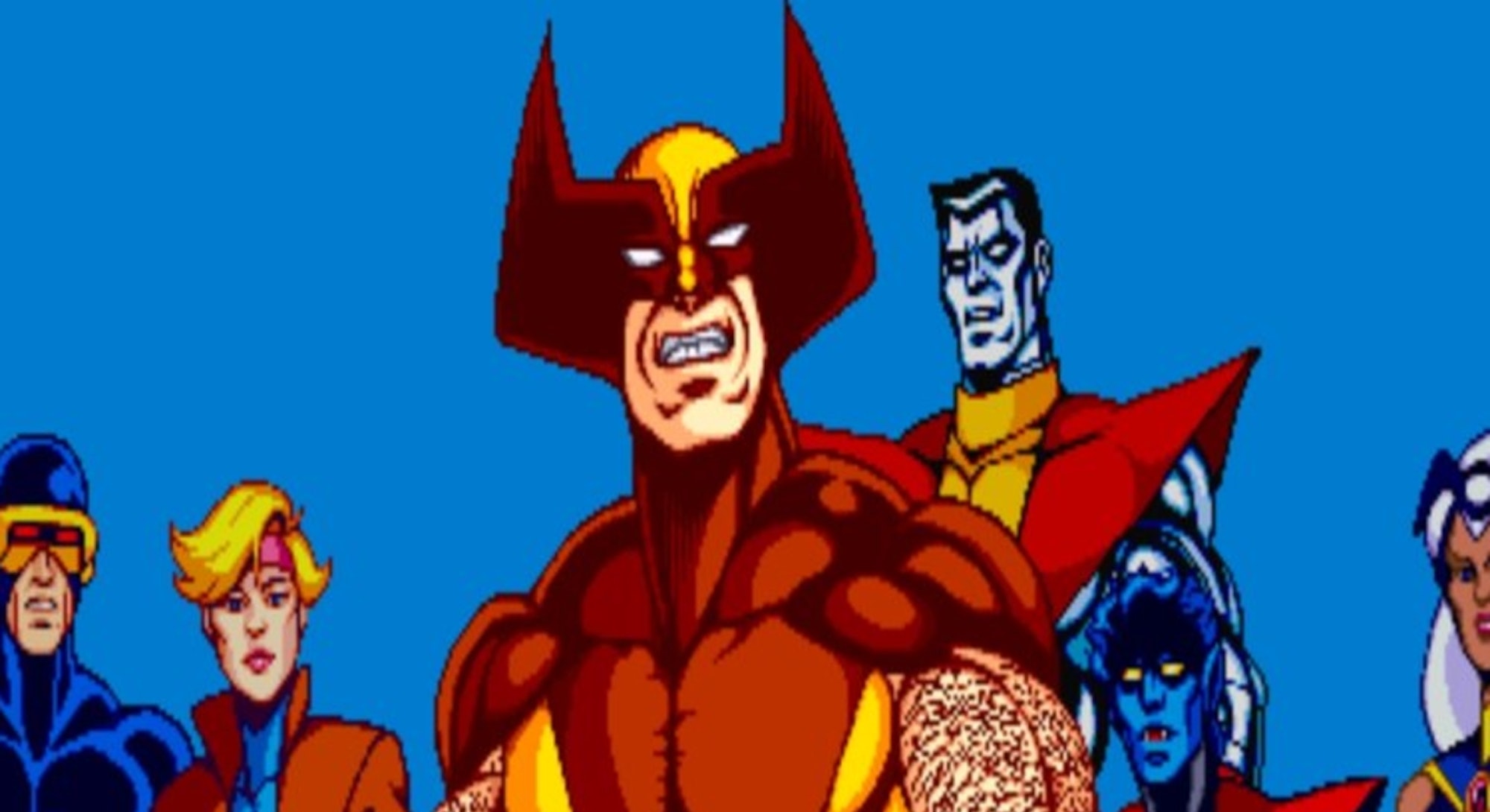 Everything about X-Men the arcade game was larger than life.

The arcade cabinet was one of the largest of its era, with two CRT monitors providing up to six players with a widescreen experience. The six-player X-Men game even made it into the Guinness World Records for most simultaneous players.

The game also took a heavyweight genre — side-scrolling beat-’em-ups — and stepped on the scale. Assembling Cyclops, Colossus, Wolverine, Storm, Nightcrawler, and Dazzler for combined combat, X-Men distinguished itself with tall, muscular sprites that closed the imaginative gap between the characters on the comic book page and their digital expressions.

In 1992, Konami’s X-Men reigned supreme. But by dropping fans into the X-Men's boots, Konami also revealed the next obstacle ahead for video games, which would have to learn how to create superpowers that were more than a button press and a draining energy meter.

Like many arcade games at the time, X-Men relied on special moves that had to recharge after each use. Not only does this misunderstand the basic premise of the X-Men (and many other superheroes) but it also obscures the socio-political message at the heart of Marvel’s mutant saga.

But to understand where Konami went wrong (while also going extremely right in many other ways), we have to go back to the beginning.

While released the same year as the X-Men animated series and its unforgettable opening theme, the arcade X-Men was based instead on an earlier animated TV pilot, the redundantly named X-Men: Pryde of the X-Men, which aired in 1989 and never became a series. Konami’s X-Men reclaimed the cartoon’s character designs, including the brown Wolverine costume from writer Chris Claremont’s decade-long run on the comics — making the game a last outpost for the 1980s X-Men aesthetic in the ‘90s. Ditching the source cartoon’s storyline, X-Men’s plot is appropriately arcadey in its directness:

In the 21st century, evil mutants led by Magneto aim to destroy the world. Humans can do nothing against the power of the evil mutant. The only hope is the X-Men.

The 1-6 players huddled around the control panel (which got cramped despite the immense cabinet) beat back a Sentinel assault on a city before fighting through the crocodile men of Magneto’s island to the Master of Magnetism’s Asteroid M in orbit, defeating Brotherhood of Mutants bosses like Pyro, Blob, Mystique, Juggernaut and White Queen along the way.

Despite its generic story, Konami’s game was a seminal moment for X-Men fans around the world, including Marc Sumerak, a writer and former editor at Marvel Comics.

“I spent a lot of time in the arcades in my younger days, but 1992’s X-Men was an absolute game-changer,” Sumerak tells Inverse. “There was nothing like getting a squad of six friends — or even total strangers — together to break some Sentinels.”

As the writer of the Nintendo Switch game Marvel Ultimate Alliance 3: The Black Order and the upcoming mobile title Marvel Future Revolution, Sumerak has been on both sides of the border between superhero comics and video games, moving from 22-page comic books to game scripts that can run hundreds or thousands of pages.

Controls for X-Men were simple, with an 8-way joystick and a button each for attacking and jumping, which combined into limited combos like a flying attack and enemy throws. The third button activated a Mutant Power, a powerful screen-clearing attack, regardless of how much sense it actually made — Wolverine’s claws spit arc energy and Nightcrawler’s shimmering teleportation pathway dealt damage.

While easily explained as a video game mechanic (limiting powerful attacks to balance gameplay) this implementation of mutant powers is contrary to what those powers are meant to represent. Cyclops never runs out of energy beams to shoot, and Wolverine doesn’t have to cool down after re-sheathing his claws.

“I view superpowers as inherent skills that are beyond the normal range of human capability,” Sumenak says.

Unlike superheroes with alter egos (like Peter Parker or Bruce Wayne), the X-Men identified with their powers and could not escape the genetic legacy that made them outcasts. For mutants like Scott “Cyclops” Summers and Anna Marie “Rogue” LeBeau, powers are not only intrinsic to their nature but an ever-present part of their lives. They’re a crucial aspect of X-Men’s commentary on marginalized identities, oppression, and civil rights.

In the subsequent 28 years, video games have taken a wide variety of approaches to mutant and superpowers, sometimes metering their use, or introducing novel control schemes, or binding powers with combos (Marvel vs. Capcom) and skill trees (Marvel’s Avengers).

“I never could have imagined superhero games would advance to the point they’ve reached today,” Sumerak says. “From the stealth action of the Arkham series to the open-world web-swinging in Marvel’s Spider-Man, modern games have moved so far beyond the ‘one-power-fits-all’ mentality to truly reflect the powers and personalities of the hero at the center of their narrative.”

Many games now offer more elegant solutions than 1992’s X-Men and its life-draining mutant powers, but the arcade classic’s straightforward limitations on mutant abilities provided a stark Danger Room exercise in the possibilities to come (and the considerations to make) when adapting superheroes across the comics-games membrane.

Using game interactions to draw us closer and closer to the “true” sensations of having superpowers (or donning an Iron Man suit in VR) has become part of a culture-spanning and remarkably comprehensive model of these speculative super people. We’ve read their thoughts and feelings in comic panels. We’ve seen some of our best actors approximate their experiences. Altogether, we still won’t know what it’s like to pop adamantium claws from between our hands, but the analogous space between us and our fictions has grown richer. We will never know what it’s like to be born with mutant powers, but in 1992, X-Men opened the door to Cerebro a little wider.