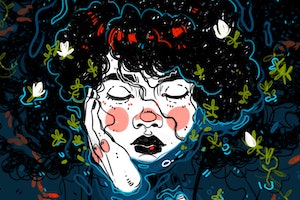 7 video games by Black developers you can support right now

Mainstream video games lack representation. Many characters featured in big-budget video games are white. The developers that work on those games are often white as well. There are small triumphs along the way like Spider-Man: Miles Morales, but the industry has a long way to go for equality.

To further equalize the industry, we need to support endeavors from developers of color. We've rounded up seven indie games by Black developers that you either buy right now or support by following the developers on social media. Any interaction can only stand to amplify their voice within the industry.

If you're interested in supporting Black voices in the gaming industry, look no further than these seven titles that are either out now or currently in development.

For a look at more of our coverage in the pursuit of social justice, click here.

Ninjas have kidnapped the totally fictional US president, Blake Orama, and it's up to you to rescue them. You'll make your way through Beatdown City in a 2D beat 'em up adventure fighting all sorts of foes. Treachery In Beatdown City's combat system combines classic beat 'em up gameplay with mechanics from turn-based games like Yakuza 7. If you have any nostalgia for titles like Final Fight or Streets of Rage, you'll feel at home playing Treachery In Beatdown City

Imagine if scuba divers were like Power Rangers, challenging massive monsters of the ocean by equipping laser beams, color-coded suits, and special abilities. Wouldn't that be cool? Yes, it would. Luckily, Swimsanity! has done just that. You and three friends will go on a side-scrolling co-op adventure through the deep while staving off giant creatures and aquatic robots. When it releases, there will be eight modes to enjoy with your friends either online or locally.

How to support — You can currently purchase Swimsanity! on Steam, Nintendo Switch, PlayStation, and Xbox. If you're lacking funds, you can follow the developer, Decoy Games, on Twitter. Decoy Games is led and owned by brothers Ahmed and Khalil Abdullah.

Dating in your 20s is tough. You're discovering the world, yourself, and how everything interacts at once — ValiDate gets that. Written by a fully PoC team, ValiDate is a visual novel that explores what it means to be a romantically active adult from twelve distinct character perspectives, and each one comes from a distinct walk of life. It's currently planned to contain 20 to 30 hours of gameplay, depending on your reading speed. There are over 30 narrative routes to enjoy, and at least one of them should resonate with everyone.

How to support — You can follow ValiDate's progress on Twitter. You can also assist development by donating to their Patreon account, which will grant your exclusive access to little developer tidbits and sneak peeks at gameplay.

If you've ever enjoyed the short narrative-heavy games released by Annapurna Interactive (like Florence), Before I Forget will be so up your alley. In this hour-long adventure, you'll play as Sunite, a woman with early-onset dementia. It's your job to restore her perspective on the world by interacting with items found around her house. Each one brings a little bit of information back to Sunite's memory. Each item found is imbued with a heavy history so that eventually, you'll have created a patchwork of Sunita's entire life. So the game explores the tragedy of how easily memories can be lost by the person who lived them when they're suffering from such a condition.

How to support — You can purchase Before I Forget via Itch.io or on Steam. The developer, 3 Fold Games can be followed on Twitter. You can also follow the two people behind the studio, Chella Ramanan and Claire Morwood.

In She Dreams Elsewhere, you play as Thalia who has been comatose for an extended period of time. With Thalia unable to wake up, the player will have to confront the surreal nightmares that put her there in the first place. You'll do so through a pixilated turn-based RPG that feels like if Undertale wanted drastically more realistic playable characters while keeping the environments distinctly surreal.

Aerial_Knight's Never Yield is an endless runner with the stylistic choices of Into The Spider-Verse, mixed with some anime flair while accompanied by a slapping-good soundtrack and a strong narrative. You play as Wally, a kid seeking to expose the world's truth. Unfortunately, those against the truth being revealed are on your tail. To outrun them, you'll have to do some incredible parkour without stopping for so much as a bathroom break. You'll use your WASD keys to Run, Jump, Slide, or "Dash" your way from rooftop to rooftop.

How to support — You can wishlist the game on Steam. You can also help by following its developer, the eponymous Aerial_Knight on Twitter.

After being a lifelong fan of Dragon Ball Z fighting games like Hyper Dragon Ball Z and Dragon Ball Z Xenoverse, Light_Love decided to take their own swing at the fighting genre. The end result is a highly stylized fighting game with a neo-futurist environment. When 5 Force Fighters launches, it will include nine fighters. While the gameplay has a visual resemblance to 2D fighters like Street Fighter and Guilty Gear, the developer told Inverse that it doesn't have the same complicated inputs.

"Smash Bros. is one of the few fighting games I’m actually really good at so I made it play that way so I’d be good at it." Light_Love has designed the gameplay to make 5 Force Fighters feel inviting to both casual gamers and hardened fighting game veterans. He's planning to release a demo later this year featuring four of the nine playable characters.

How to support — You can follow development on Light_Love's Twitter account. There's also a burgeoning Discord channel for those who wish to pay closer attention to the game while interacting with the developer and fellow fans.

Although we've only enumerated seven games, there are countless games out there created by black game developers. If you're looking for more games, please check out the Twitter account @POCinPlay and this wonderful thread. If you're a developer currently staffing your game, Blackgamedevs.com is a bountiful resource to find black developers currently working in the industry. Please lend your support.