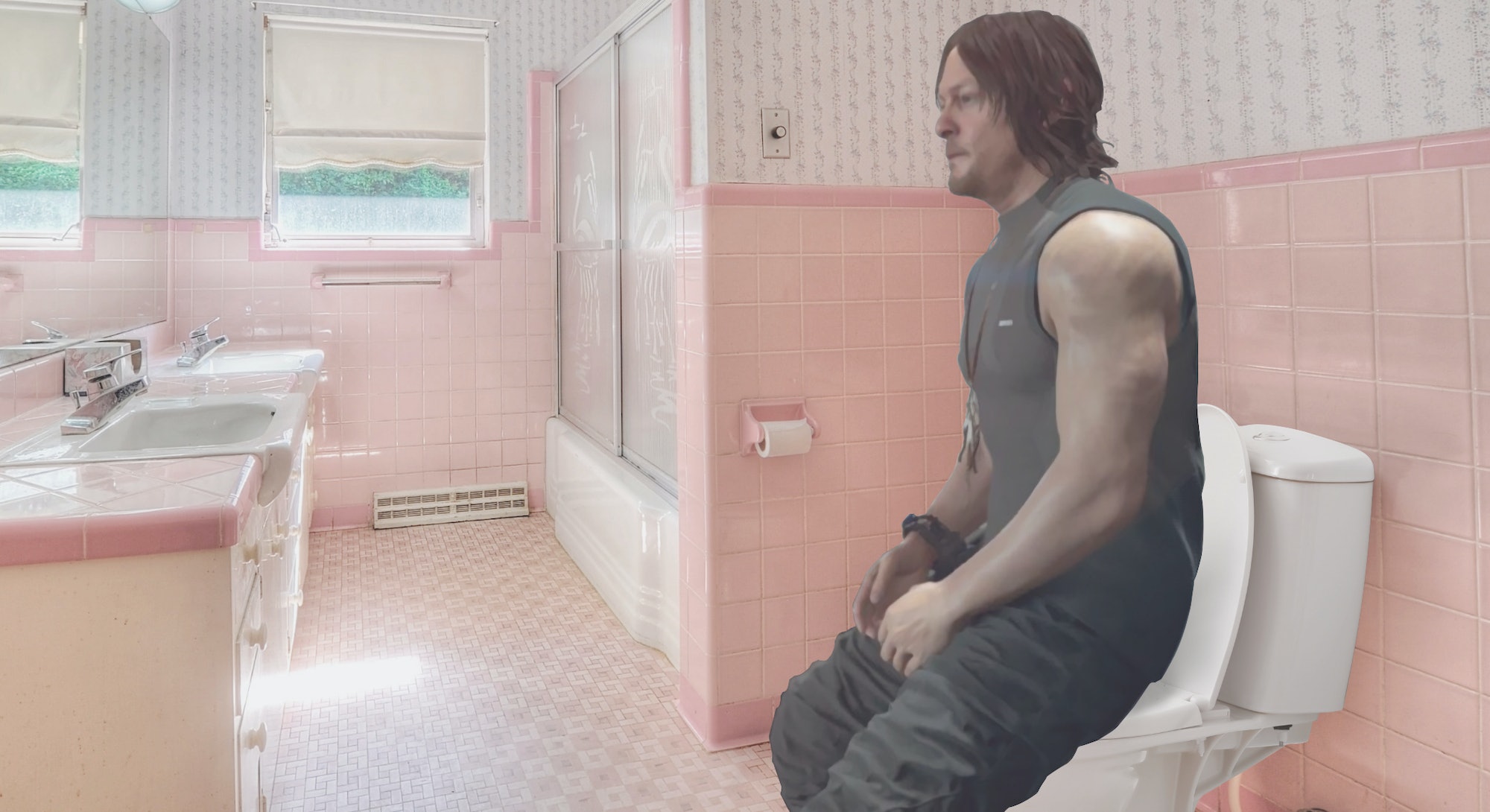 Poop in video games has evolved in ways we never could have imagined.

The industry started with the blocky pixels of the Magnavox Odyssey console but grew into one of the most daring artistic mediums out there. There are philosophical games like Planescape: Torment, games that try to be philosophical like Kingdom Hearts, and games that skip all that for some classic toilet humor.

As the industry’s storytelling and technical ambitions grow, the humblest details grow with it. A rising tide lifts all boats, after all. Though initially used as a source of kid-friendly humor in platformers, poop has become an unlikely barometer for the complex themes and mechanics of modern interactive entertainment.

The first time I saw anything close to poop in a game was Rare’s Banjo-Kazooie and Conker’s Bad Fur Day, released in 1997 and 2001. They got the potty started with good old-fashioned toilet humor. Banjo prominently features a pretty innocent egg-pooping attack, so nothing too crazy. Conker takes things up a notch and uses a murderous bull and multiple cows’ prune-induced diarrhea to traverse a sewer called the “Poo Cabin.”

And what would Conker be without a boss encounter against The Great Mighty Poo, who lords over the Poo Cabin?

“Crappy” jokes and moments abound in Earthbound, the offbeat and hugely influential 1995 Nintendo RPG that inspired Undertale and a million indie imitators. The default name of your fourth party member, the dreamy prince of Dalaam, is Poo.

Knocking on bathroom doors will often yield some anguished dialogue from an NPC with a case of the runs. At one point, Ness and pals even stumble upon an unseen pile of waste from the villainous Pokey, noting that his “stink still hangs in the air.” These gags set Earthbound apart from typical RPGs of the era, with their somber heroes and medieval settings. Even decades later, the game’s humor remains hugely influential.

2017’s South Park: The Fractured But Whole successfully channels this feeling of ‘90s nostalgia. Like Earthbound, South Park breaks away from the norm of stoic RPG protagonists — you play as an infinitely shitting newcomer to the town of South Park. You can take a dump as many times as you want and can even use your poop as an attack after completing a mini-game to drop the best load possible. The game hints at the ultimate power of “farting on another man’s balls” in its first moments. Do we even need to talk about the game’s title?

Poop jokes weren’t always a swimming success, however. 2001’s Duke Nukem Forever goes so low on the comedy bar as to allow players to play with a literal turd from the toilet. You can throw this turd at the wall, and that’s all there is to it. No thoughts, only poop.

I like to think that one day someone in a development studio somewhere thought, “What if we got into some serious shit in a video game? What if we made defecating actually useful?”

I also like to think that person got a raise on the spot.

In the No More Heroes series, you play as Travis Touchdown, a nerdy assassin on a quest to be the number one mercenary in the world. When you’re not handling business by cutting off heads with your beam katana, you’re probably handling business on the toilet, which is how you save your game. These games treat bathrooms like Resident Evil saferooms — a moment of respite just before a boss battle or a major story moment. This makes it even more powerful when Travis’ brother gets the drop on him on No More Heroes 3 — and kills Travis while he’s dropping a load.

In contrast to those from the ‘90s and ‘00s, more recent games look at poop more pragmatically and realistically: It’s disgusting, it stinks, but it has its uses, especially when it comes to farming. Okami, Sakuna: Of Rice and Ruin, and Dragon Quest: Builders 2 all utilize poop in farming as a core mechanic that influences the growth of your world and its characters.

As your crop grows stronger in Sakuna, so do your Devil May Cry-esque moves. This means going to the outhouse and harvesting the fecal matter for manure. This realistic use of poop shows respect for the Asian rice culture.

Dragon Quest: Builders 2 makes it imperative to set up an optimal bathroom area for your dozens of village citizens. Players lost their minds at the fact that there had to be a poop factory to keep town growth moving along. Players swapped tips for constructing the “optimal toilet” on various gaming forums, putting their minds together to craft the best pooper experience possible.

Perhaps the best-known use of poop in recent games (and my personal favorite) comes from Death Stranding where Sam Bridges delivers the most immersive virtual dump ever taken. Game Director Hideo Kojima challenges conceptions of what an action-adventure game can achieve, so of course a good bowel movement isn’t out of the question.

Poop plays three roles in the game: It allows players to have a moment of relaxation after long and grueling missions over miles of rough terrain. It reminds them that Sam is just a man who poops and pees like the rest of us. And Sam’s waste also opens up a critical gameplay component, since it is used to craft grenades that lure the game’s enemies, called Beached Things or “BTs.”

BTs are the literal “Death Stranding” of the game, essentially the lost souls of the dead. Once lured with the poo ‘nades, BTs can be neutralized with grenades based on Sam’s blood. But it’s far from a a funny gag about the undead longing for life and finding it in bodily fluids. Death Stranding ruminates on what it means to be human and finds an unlikely connection in the most common of rituals: relieving oneself.

What does it look like when Sam poops in Death Stranding?

Kojima may have the richest understanding and highest appreciation of poop in the entire industry. After all, he also created Johnny Sasaki, a Metal Gear series regular known for his bowel problems. This IBS-plagued man is the only Rat Patrol Team member without nanomachine enhancements, so he has to suffer in the shitter as a result of training so much harder than his comrades.

The horse in Metal Gear Solid V can also crap on command, so lowbrow poop jokes are not below Kojima either.

Poop has gone through one of the longest and most elaborate narrative arcs in the history of video games. It allows us to reflect on what it means to be human, or just escape from reality with the lowest of all lowbrow humor. What is the future of feces in video games? Hopefully it includes more thoughtful meditations on the most human of all activities.