“I've received a lot of thank-yous from folks with busy lives.” 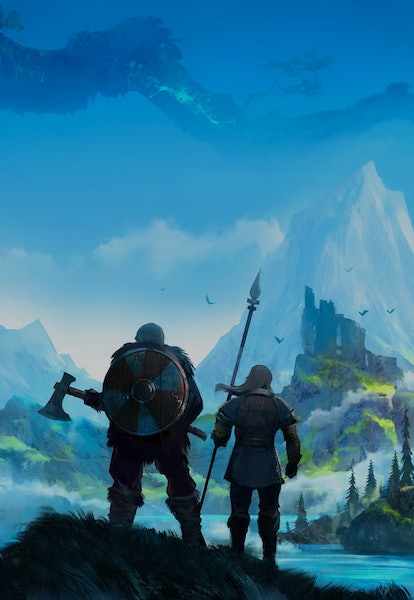 A fan-created world seed generator gives any and all Valheim players a huge advantage when it comes to picking a new world to explore.

Created by Reddit user wd40bomber7, the Valheim World Generator lets users enter or randomize a World Seed — essentially a code that determines the entire layout of the entire game world — to get a sneak preview of what a Valheim session might look like. The map seed generates the layout of biomes, resources, bosses, and virtually every other aspect of the map all based on the original string of digits. Normally, the game procedurally generates all of this behind the scenes, and the player has no way to preview what things will look like

This fan-made tool changes all that.

User wd40bomber7 (who request we not share their real name) tells Inverse that this tool is important “because the worlds are totally random there is a lot of variance in how difficult any given map is.” Inexperienced players could come up against a major threat immediately. For anyone who wants more of one game mechanic and/or less of another, using a tool like this is essential.

“I've received a lot of thank-yous from folks with busy lives who simply don't have the time to search for hours on end,” he says, “or who had a particularly exploration-intensive seed.”

Inverse spoke to wd40bomber7 to learn more about his thoughts on Valheim, why he decided to create this helpful tool, and features he intends to add, such as customized categories and vegetation generation.

What do you love and hate about Valheim as a player?

wd40bomber7: I love the content and the great balance — I'm a fan of PvE games, and I'm awed by the expansive world and adventure. Currently, my wife and I have just started exploring the mountains, and every step of the way has been enjoyable! I wouldn't say I hate anything about the game. It's early access, and some roughness in this stage is more than acceptable.

What inspired you to create this map generator?

I've used similar generators/viewers in other games (mainly Minecraft), and I was pretty surprised when I found out this game didn't have a map viewer despite its huge following. As a software developer, I happened to have the necessary expertise, or at least I could learn.

I'd never developed with Unity before this project. The first version only took a few weeknights, though it took another week or so until I had the accuracy up to where it is now.

What is your map generator, and how does it work?

http://valheim-map.world/ is a world generator which allows users to simulate how Valheim would generate a world given a "seed" (a string of up to 10 letters and numbers). This simulation allows users to see the fully explored geography of the map and important locations such as bosses, the trader, and other resources in that world.

Since (almost) every seed creates a unique world with unique features, this can help users “shop” for specific features they're interested in or help see their own explored world.

Why do you think people want to use a map generator before they play Valheim?

Because the worlds are totally random, there is a lot of variance in how difficult any given map is. Players short on time or who have a low tolerance for needing to explore (e.g. speed runners) will get the most value out of the map.

Do you recommend that new players use it before starting the game?

I don't have a specific recommendation for new players since it very much depends on the individual. Personally, I think revealing my map was helpful in the later game, but picking the best possible seed to start with would have hurt my overall enjoyment. Every person is going to be different, though.

Do you think a more detailed, official map generator to the game?

The game generates the map, so technically you could say they already have. The main difference is the level of information the in-game map makes accessible to the user. I don't think there would be anything wrong with adding console commands to reveal locations, though I wouldn't go as far as saying they "should" do it.

And some things like revealing maypole locations currently aren't possible in the main game without some decent modding or changes.

What future updates are you planning for your map generator?

I have two main updates I'm thinking about though I make no promises on a timeline:

There are two main problems with [vegetation support]. It’s very complex to simulate, so it takes a long time. It would be simply impossible to generate everything all at once for a world. The generation is very fragile and could change in every update.

Worse, since it's only generated as a user explores, their world could actually be a patchwork of different versions making it quite hard for me to predict.