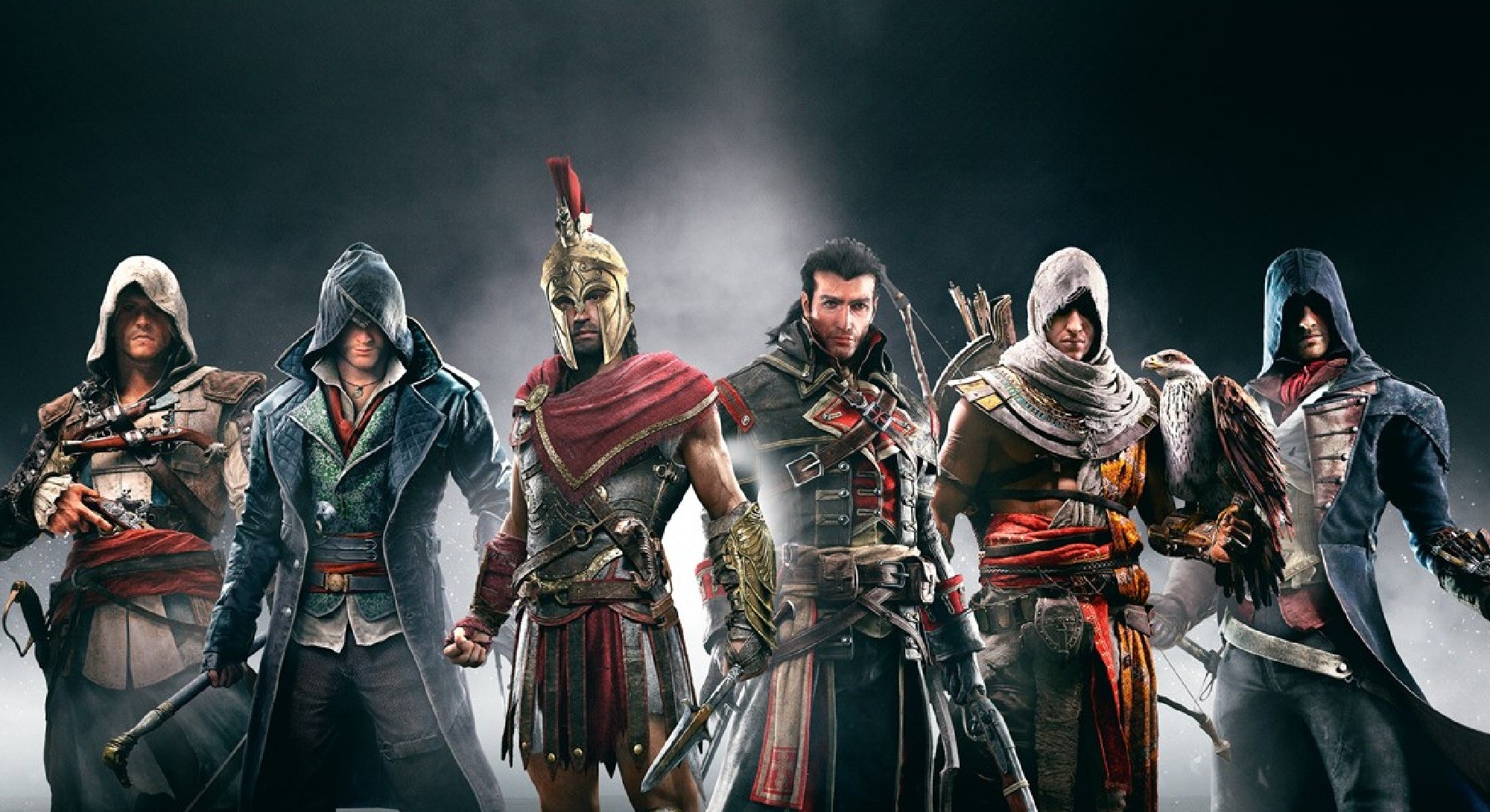 From comprehensive options and customization to more inclusive design practices, disabled players can enjoy more games than ever, across a variety of genres and platforms. In 2020, The Last of Us Part II released with dozens of accessibility features, and The Game Awards introduced its Innovation in Accessibility category. Today, it's not uncommon to hear developers throughout the industry say things like, "Accessible design is just good design."

But just a few years ago, that wasn't the case. Before the late 2010s, most games made little effort to accommodate players with motor, visual, or auditory disabilities. But sometimes, what appears to be a sudden change can be the result of a long process behind the scenes. The widespread shift we see today came about as a result of individuals working toward change for years. For Ubisoft Director of Accessibility David Tisserand, that journey began more than a decade ago.

“This awareness raising, at least at Ubisoft, is not necessary anymore,” Tisserand tells Inverse. “Now, developers trust us to bring them the knowledge necessary to achieve their goals. No one is questioning or needs to know why we’re making games accessible these days. It’s just a given.”

A few years into his stint at PlayStation, Tisserand met accessibility consultant Ian Hamilton, the co-director of The Game Accessibility Conference, or GAConf. Hamilton has contributed to games like The Last of Us Part II and Destiny 2, and also helped develop the Xbox Adaptive Controller.

After listening to Hamilton's talk at the 2012 Games User Researcher Summit, the two met for a more in-depth conversation. Despite Tisserand’s eagerness to incorporate accessibility testing and disabled players into the user research program at PlayStation, it was considered to be beyond the scope of his role.

“No one is questioning or needs to know why.”

“It took me a long time to be in a position where I could actually apply what Ian was telling me,” he says.

Tisserand joined Ubisoft in 2014, but it would take another four years before accessibility became his primary focus. His first order of business was to get key development teams on board with his vision for more approachable and inclusive games.

“When you are coming up with something new — be it for a person, team, or company — you can’t just arrive at something without backing it up,” he says. “By that point, I had more than 10 years of experience in the gaming industry. I worked on many games, and I learned to collaborate with development teams, as well as the constraints of development. Even though we have full control over these virtual universes, we don’t always have control over real-life constraints like budgets, people, or skills.”

In 2017, Assassin’s Creed Origins launched with options to adjust subtitle size, customize subtitle backgrounds, and indicate who was speaking. While not uncommon among 2022 game releases, it was the first time this had been done in a AAA game.

The game received numerous awards, including the Barrier Breaker award from the Disabled Accessibility for Gaming Entertainment Rating System, or DAGERS. It also drew praise from numerous members of the disabled community, like Chris “DeafGamersTV” Robinson.

The warm reception toward the game’s robust subtitle options helped support Tisserand’s case that accessibility was a worthwhile investment for Ubisoft going forward.

“Doing it for Assassin’s Creed Origins meant talking with people around you,” he says. “We were all working in offices, and it was easy to go to someone’s desk and talk to them about what they could do to help make the game more accessible.”

After a one-on-one with CEO Yves Guillemot, Tisserand was able to embark on his mission: to transform Ubisoft into a fully accessible development studio.

“We don’t always have control over real-life constraints like budgets, people, or skills.”

After the success of Origins, Tisserand met with Ubisoft CEO Yves Guillemot, who gave him the greenlight to devise an accessibility strategy for Ubisoft that could function on a global scale. Transforming the structure and understanding of an entire company would be a daunting task for anyone, but Tisserand relished the opportunity.

“You go from one development team to 40, and you go from just games to the entire user experience to make sure that everything is accessible,” he says. “That was the most difficult part. Some teams could be like, We want to help you, but how? This is when you have to go and collaborate with people, understand how they work, and try to find solutions with them to achieve the goals you wanted to give them originally.”

Ubisoft’s approach to accessibility looks dramatically different in 2022 than it did in 2017, and that’s a direct result of Tisserand’s efforts. The company publicly shares accessibility information for every game before release. PR teams actively seek out relationships with and feedback from disabled reporters and content creators. Live events like Ubisoft Forward contain multiple captioned languages, ASL, and audio-described trailers, encouraging disabled players to be active members of a game’s community across a variety of platforms.

Though he takes pride in those successes, Tisserand says there is still work to be done. Members of the team he built — including Lead Accessibility Designer Aderyn Thompson, who previously worked on Sony’s Horizon series, Destiny 2, and Dreams — are helping developers make games more approachable to more players.

Tisserand hopes that planning for accessibility early on will encourage developers to devise new tools to help disabled players without relying on an extensive options menu. One example of this is the eagle in 2020’s Assassin's Creed Valhalla, which assists players with navigation and targeting enemies. One of his team’s goals is to see this design philosophy become commonplace throughout the industry. And this vision is already coming to fruition. Xbox and EA have already created dedicated accessibility teams, and they won’t be the last.

“We are trying to shift away from focusing too much on guidelines.”

Just as he benefited from the wisdom of other experts, Tisserand is playing an active role in helping the next generation of game designers understand inclusive design by teaching university courses in games accessibility at the Université du Québec en Abitibi-Témiscamingue and École Nationale du Jeu et des Médias Interactifs Numériques. By introducing students to these concepts early, they enter the job market more aware of potential barriers that games can pose for disabled players.

“Those young designers are thinking about accessibility before they even have a job. The first thing they do when joining Ubisoft is contact me and say, How can I help? How can I make my game or product more accessible?” he says. “You don’t even have to look for them. They come straight at you, looking to help. That’s something I really think is going to help the future of games accessibility.”