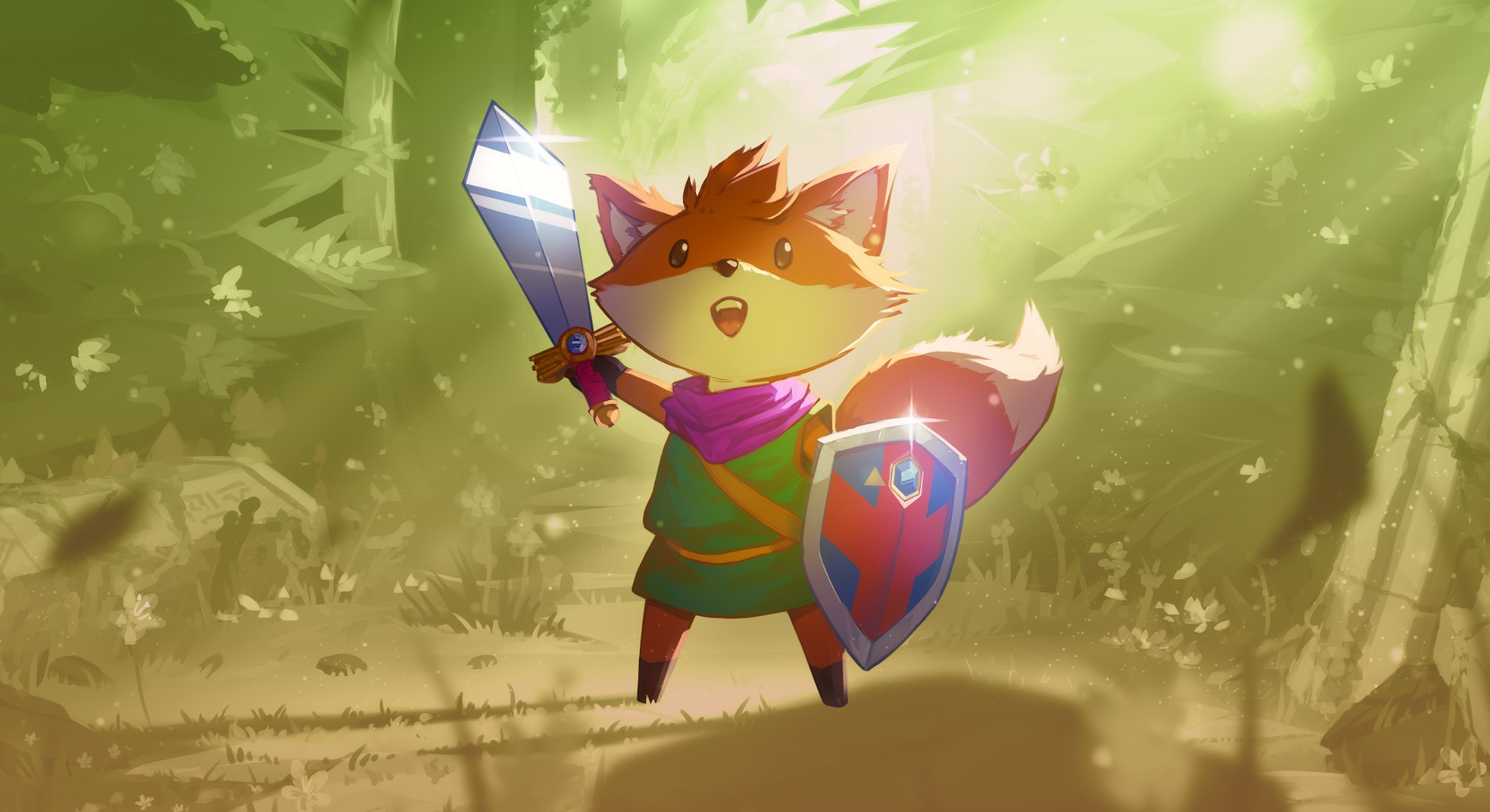 I thought I’d already played a million games like Tunic — but I was dead wrong.

At first glance, this charming top-down adventure looks like yet another love letter to The Legend of Zelda. Yet as the enemies of Tunic’s bushy-tailed protagonist will attest, looks can be deceiving. Like the other big game of the moment, Elden Ring, Tunic takes pleasure in being opaque. Awakening on a strange island with little direction, it is up to you — an adorable fox — to make sense of the bizarre language of this land and figure out which path you should take.

Like Miyazaki’s open world, Tunic is an adventure that respects the player’s intelligence.

“I’ve always loved games where you feel small and lost in a world full of mysteries,” creator Andrew Shouldice tells Inverse, “Games that make you say, ‘wait, this was here the whole time!?’ or ‘I didn’t even know that was possible!’ I wanted to make something that evoked those feelings.”

Harking back to the days of braving Japanese imports, as you slash and roll your way across this strange land, you stumble upon pages of strange scrolls — disguised suspiciously like game manuals. Written in the same series of incomprehensible symbols as the island’s signs, you glean knowledge by piecing together what you know of the world and the photos found within. It’s a mechanic that initially makes you feel baffled, but once you finally crack one of these cryptic riddles, you feel like a genius.

This unusual approach has charmed gamers around the world, and it’s a huge validation for Shouldice.

“Now that the game is out, and we’ve been able to see the reaction, things are better than I could have ever hoped. It feels kind of aloof to say “people are really getting it, you know?” but in truth I was really scared that people wouldn’t,” he says. “It’s a game that lets you go the wrong way. If you don’t read the manual, you can get really stuck. But people are reading the manual. They’re talking to each other, sharing secrets, offering oblique hints. It’s wonderful.”

Thanks to its indecipherable text, even Tunic’s most basic mechanics are shrouded in mystery. What’s the deal with that new potion you’ve picked up? There’s only one way to find out…

“Things are better than I could have ever hoped.”

With no objective markers, quest log, or readable maps, you’re truly in the dark. Yet patience and a keen eye are soon and abundantly rewarded. From paths carefully hidden in the corners of this isometric view to paths and routes that don’t seem to match up, Tunic’s map is one big puzzle waiting to be solved.

“For me, it goes back to feeling like you’re in uncharted territory. When you hit a wall and it feels like the end, suddenly breaking through that wall means there’s now more game for you to explore — being in a place you thought you weren’t able to reach,” Shouldice explains.

This same spirit also shaped Shouldice’s approach to difficulty. He says his aim was to provide a meaty challenge for players, without leaving them frustrated.

“Difficulty is a tricky thing,” he says. “My preference when it comes to difficulty is that a challenge can be overcome by being patient and thinking carefully, rather than with flawless execution.”

In Tunic, there is always a way to win with brains rather than just brute force. Whether it’s combing an area for an item, or finding a more out-there solution, there are usually several ways to overcome whatever obstacles stand in your way.

“There are lots of hard fights in Tunic, but they all have ways where you can get an edge — not necessarily a “trick”, but a different approach that might work better for you,” explains Shouldice. “For me, challenge exists in order to make you feel brave. If something is just a little bit scary, you’re going to have to muster your courage to get past. When playing games, I love feeling like I got away with something. Having things be just a little bit harder — but giving the player lots of ways to have an edge — is a way to evoke this.”

It’s a philosophy that extends to the game’s narrative progression, too. Stuck? Why not head elsewhere?

“There’s a loose path that people will probably take as they progress, but they’ll quickly discover that there are many ways to approach the world of Tunic,” Shouldice says.

It’s this balance of fear, progress and discovery that Shouldice believes elevates a game from a series of meaningless tasks to true adventure. It’s why, unlike in From Software’s masochistic masterpiece, Tunic probably won’t leave you screaming at your television.

But if it does, you can simply choose to make the world less hostile:

“Some people just don’t like engaging with combat, and that’s fine. If you don’t like combat, or just want to get past a particularly tricky encounter, you can go into the options at just about any time to turn on No Fail mode, where you won’t take any damage.”

“When playing games, I love feeling like I got away with something.”

It’s this sense of player freedom that separates Tunic from the countless other top-down Zelda-inspired adventures. Where many of its peers iterate, Tunic dares to innovate — offering novel takes on old mechanics, taking Miyamoto’s increasingly well-worn formula and making it new again.

When imagining the shortlist for the greatest games of 2022, few were thinking about an adventure starring a fluffy red fox. Yet in a year that’s already given us Pokémon Legends: Arceus, Elden Ring, and Horizon: Forbidden West, the unassuming Tunic stands defiantly beside the big hitters.

If you yearn for adventure but can’t stomach the suffering of a Souls game — or simply fancy a break from The Lands Between — this charming little adventure is well worth your time.