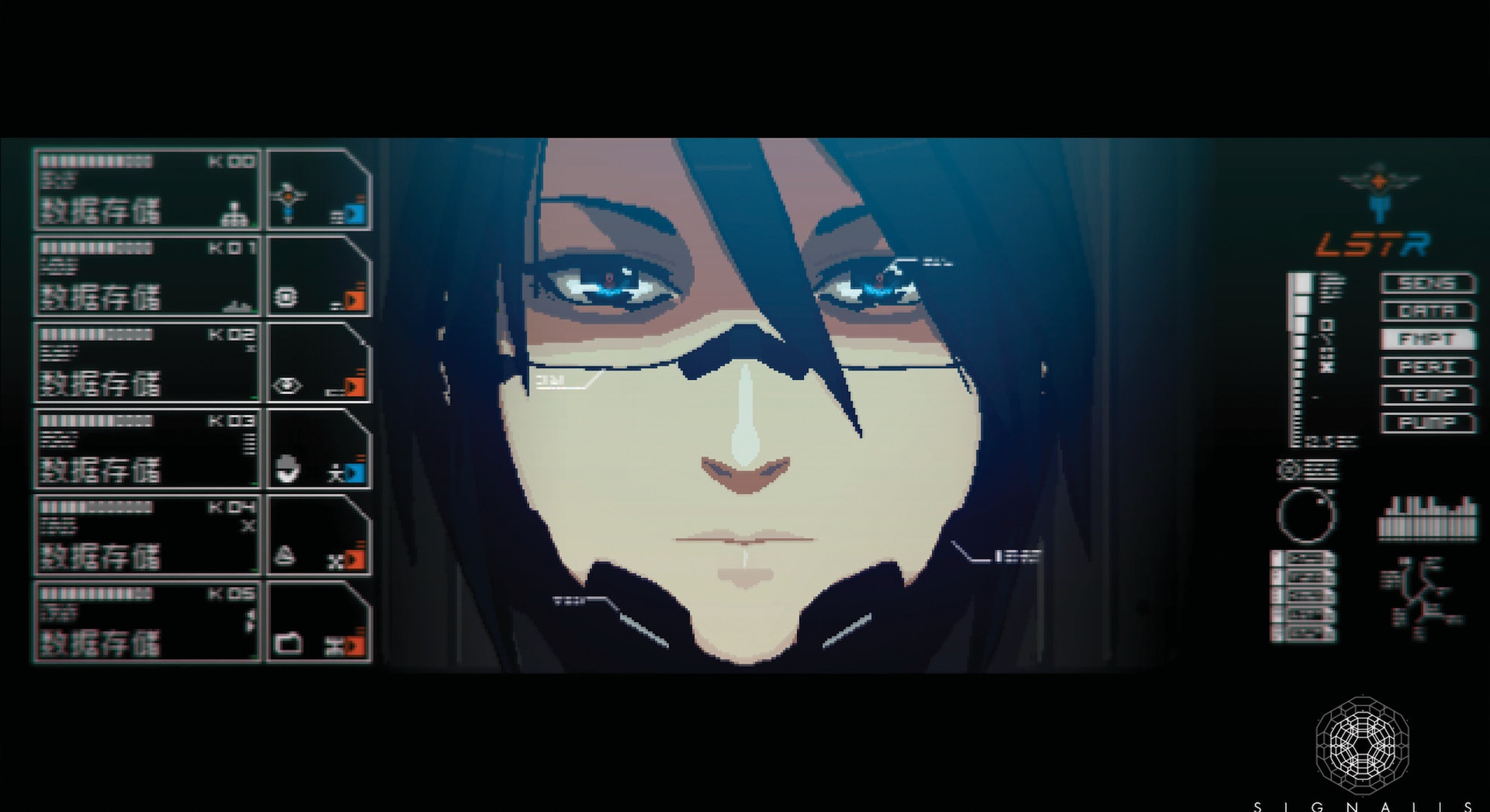 That’s the premise of Signalis, the somber survival horror game from indie developer rose-engine. The dystopian mystery is one of eight Official Selections at Tribeca Games this year, which looks to elevate and showcase the unique storytelling possibilities of interactive entertainment.

One of the most oft-repeated axioms of good writing is “show, don’t tell.” That philosophy’s at the core of Signalis, which hurls you headfirst into a wildly unnerving situation and leaves you to piece together where you are, what’s going on, and even who the hell you are in the first place. After a 20-minute demo ahead of the game’s Tribeca debut, I came away craving more.

The opening moments of Signalis see you lurch heavily out of a tall cylindrical containment pod, where you’ve been sleeping — or something like it — for an unknown period of time. You’d be forgiven for thinking you’re in a laboratory or scientific research facility until you stumble upon the cockpit. As you explore the ship's small, honeycombed rooms, you soon realize you’re not human, but a Replika. But whether that means you’re an android or cybernetically enhanced human isn’t entirely clear yet.

Either way, your long winter’s slumber hasn’t left you in good shape, and it doesn’t help that a couple of the rooms include shambling fellow travelers. Presumably, they’re Replikas like you, but they’re not exactly your bosom buddies. The first I encountered was standing near a monitor, seemingly calmly, if a bit wobbly in the knees. As I approached to strike up a conversation, they suddenly lunged with a shriek and grabbed me around the throat, continuing to fling themselves at me manically even after I broke their hold.

If you’ve played a lot of games, you know they come with their own set of conventions and rules. Typically, the first person you come across in a game is going to dole out some form of conversational tutorial, or at the very least tell you a bit more about the main character’s identity or the world they inhabit.

Signalis primes your expectations about how games “usually” work, then punches them in the face. Even Resident Evil usually tosses out a few redshirts to give you a lowdown on the zombies — that’s emphatically not the case here.

Instead, you’re left to stumble around this crashed spacecraft for a sign of what to do next — looking at screens, finding blood-spattered notes, and picking up objects you might need later. The inventory management and interaction UI also feels a lot like the Resident Evil games, albeit rendered in a refreshingly lo-fi, pixel art style. Eventually, you’ll discover a handgun, and the game-player in you will promptly return to the other room to unload a few rounds straight into the noggin of that rude dude from earlier.

It’s the logical thing to do in this situation, right?

Just like Chumbawamba, once that shadowy doppelganger gets knocked down, they get up again. And while I can’t say for certain, they seem pretty pissed about it. Also, you’re now out of ammo.

Signalis will lure you in with its slick, dystopian pixel art. But it’ll keep you intrigued with the way it continues to confound your sense of what you should be doing.